The third incarnation of the uniquely looking bike from Confederate: 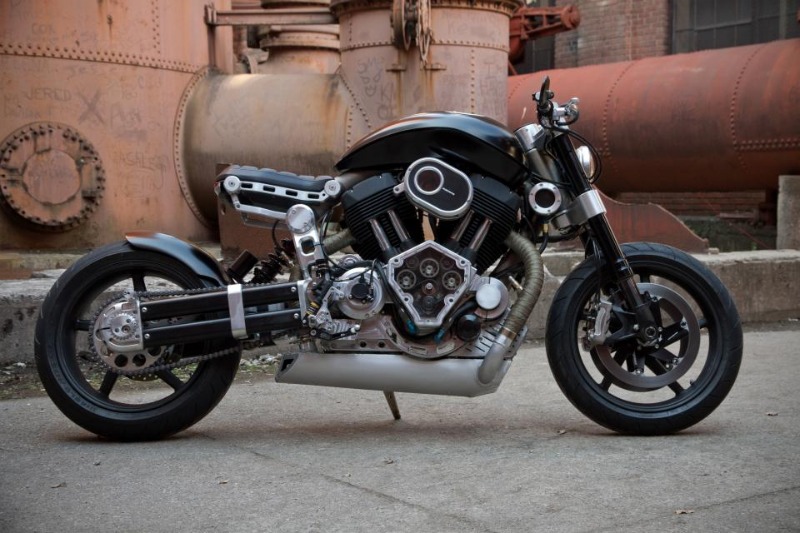 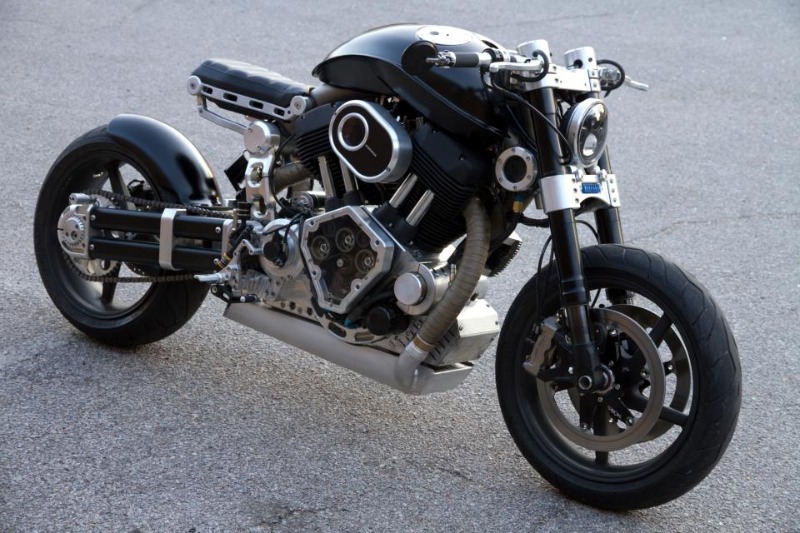 The bike is powered by a 2,163 cc V-Twin developed together with S&S and producing 132 hp and 203 Nm 150 (lb/ft) of torque, with the machined aluminum engine case obtained from two blocks of 6061 billet aluminum. The model also uses a 5-speed close-ratio transmission, 50 mm Marzocchi forks, Race-Tech rear shock, Beringer calipers on the front, Brembo calipers on the rear and Pirelli Supercorsa performance tyres. 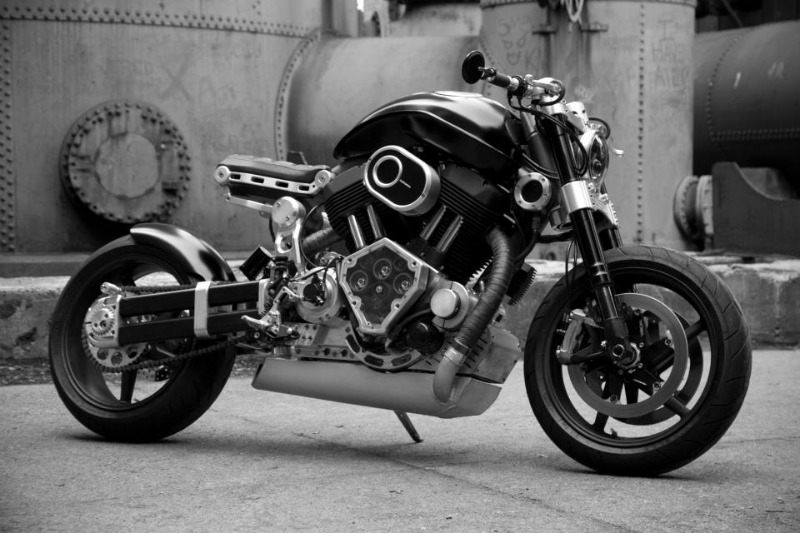 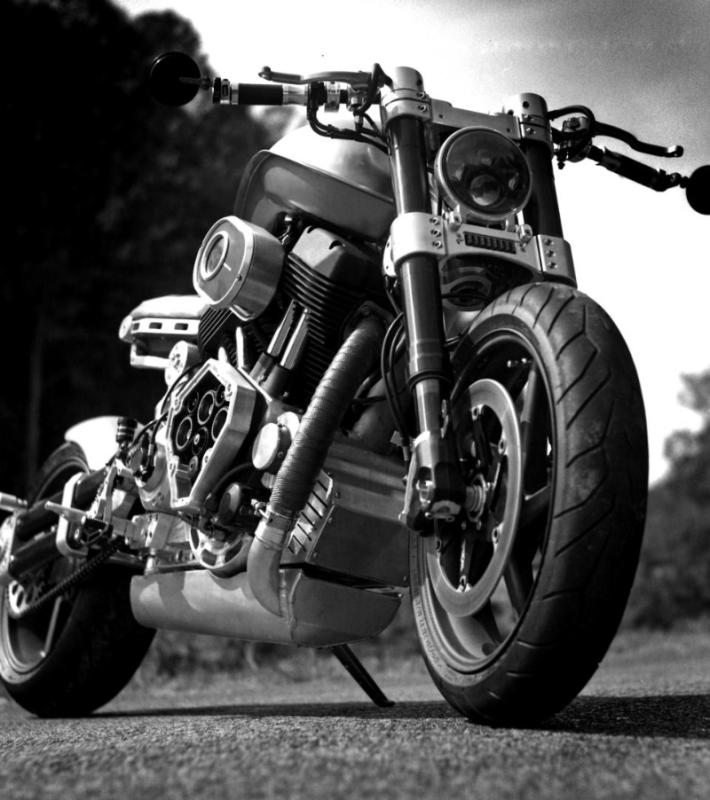 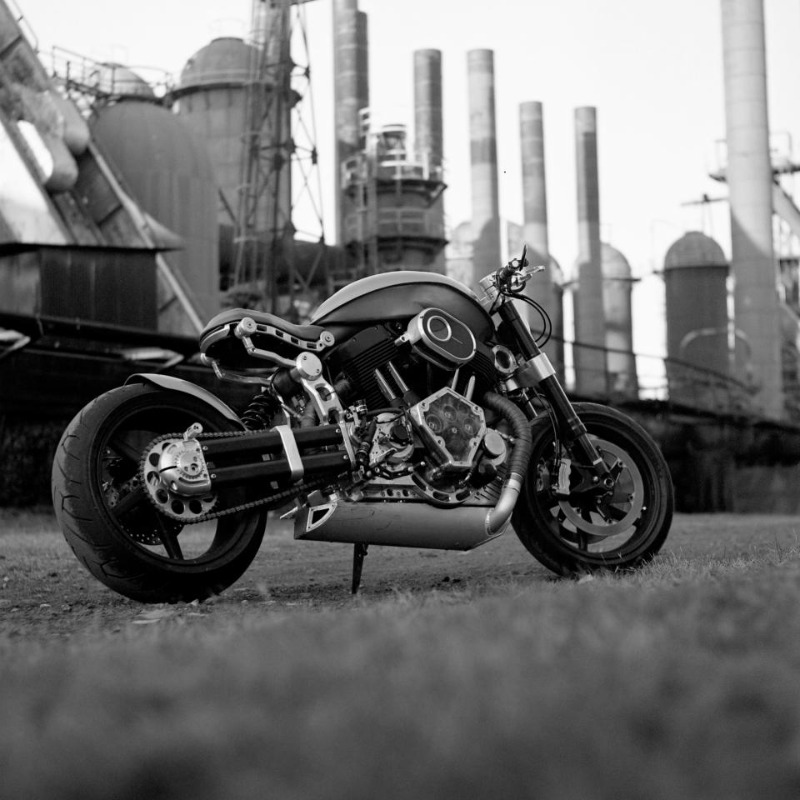 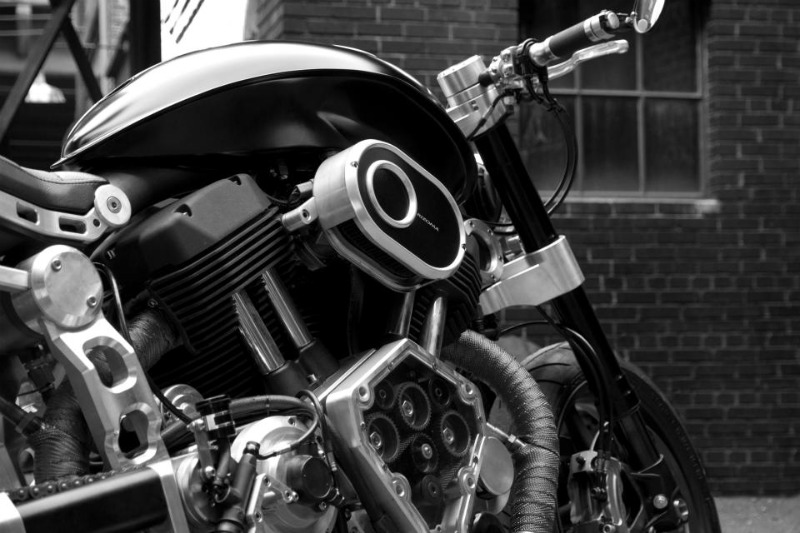 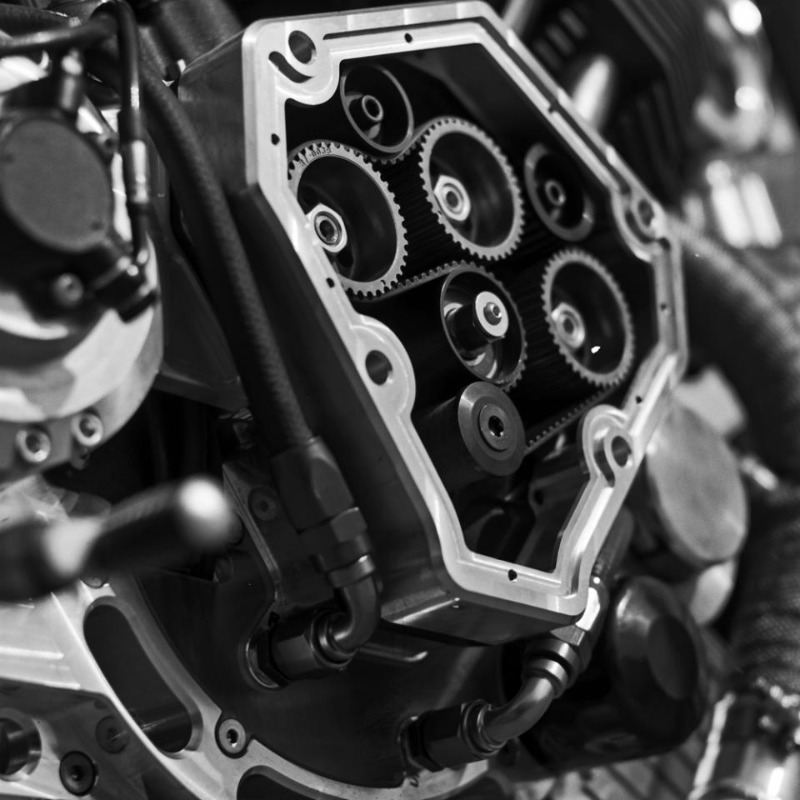 Other remarkable features include a minimal instrument cluster - courtesy of Motogadget - LED lights and an extensive use of carbon fibre, which allows the bike to weight just 226 kg. As usual, Confederate Motorcycles paid a lot of attention to every little detail (i.e. the short saddle with no tail, the muffler in the belly, the exposed labyrinthian chamber for the belt and so forth), and this bike really is a beautiful masterpiece. Only 164 Confederate X132 Hellcats will be produced, with the manufacturer planning to make only two units per week. The Alabama-based company is currently taking orders with a price tag of 45,000$, but that price will go up to 49,500$ in March 2012. 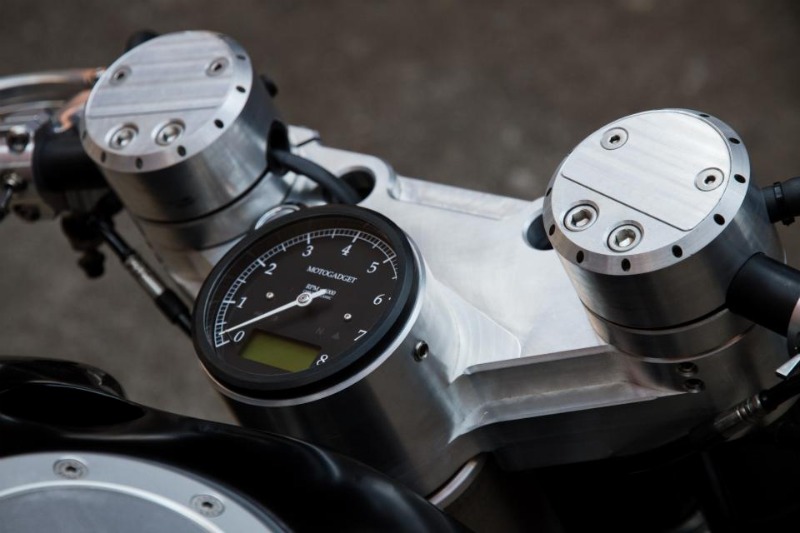 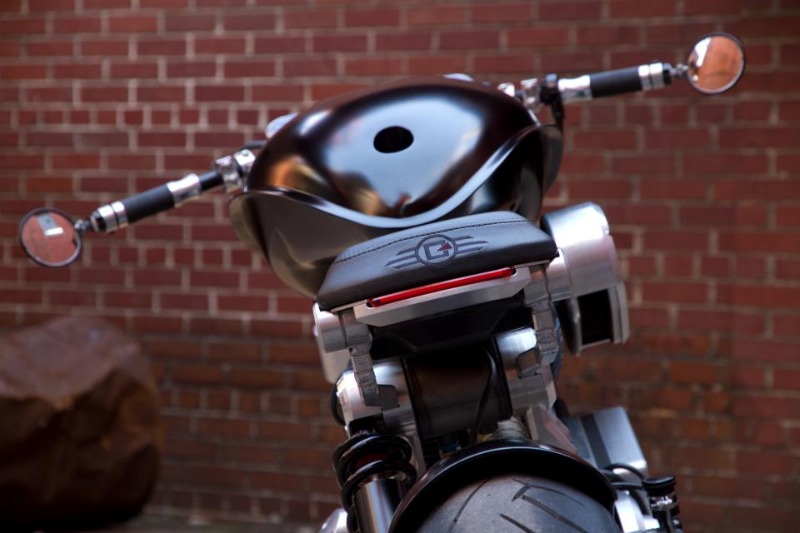 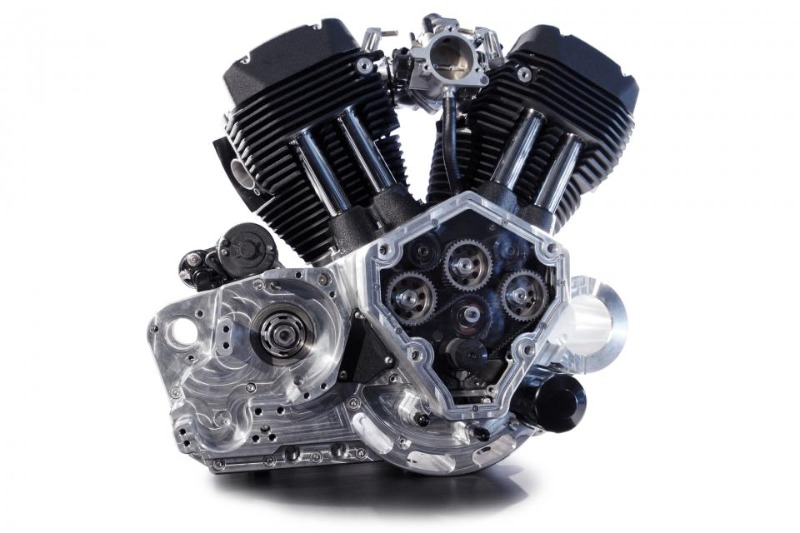 Wonder what it’s like to ride - looks kind of uncomfortable but i guess that’s not the point.

Urgh! Sorry that is one fugly bike.

no thanks. attention to detail?!?! like getting a paltry 132bhp from 2.2l?!?!?! waaaaaaaaaaaahahahahahahaha the torque figure is impressive though. should be for the motor size so no noddy badge for them.

and this? and an extensive use of carbon fibre, which allows the bike to weight just 226 kg.

All that engine and only half a seat?

Maybe they restricted the power because if you accellerate at any pace you’ll slide off the back and end up with tyre tracks on your knackers.

I still kind of like the look of it though.

It would be useless on the motorway and a bugger to keep clean in winter.

guys,guys, i dont think the customer this is targeted to rides more than 10mph as he cant be seen if he does that at all

In case the Confederate is a bit too practical for you…