Where Westminster led, it was only a matter of time before others followed. Camden Council are now proposing parking charges for motorcycles. 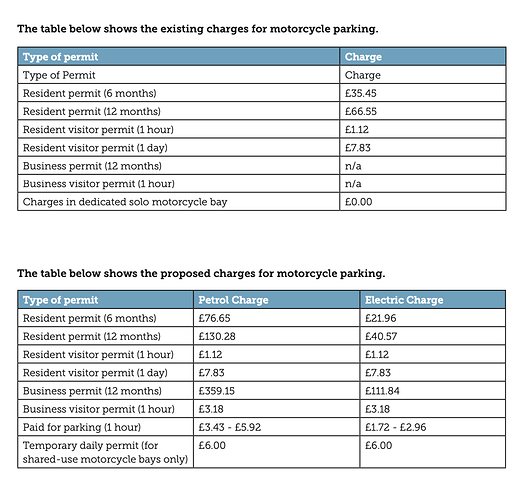 Hardly surprising. Councils have been suffering cuts to public funding for years. Now with Covid-19 their finances have crippled even further, so that will have to look to where they can claw back some income.

Expect this to become more widespread and previously free/low cost services to increase in price.

This will be the norm across London before long. Waltham Forest have been treating motorcycles the same as cars for some time .

Hackney tried something similar last year I think but they relented and didn’t make any changes, think it’s only a matter of time sadly.

Feel sorry for you city dwellers, another reason NOT to visit London

It will cost you outsiders £3.50 to enter soon anyway. 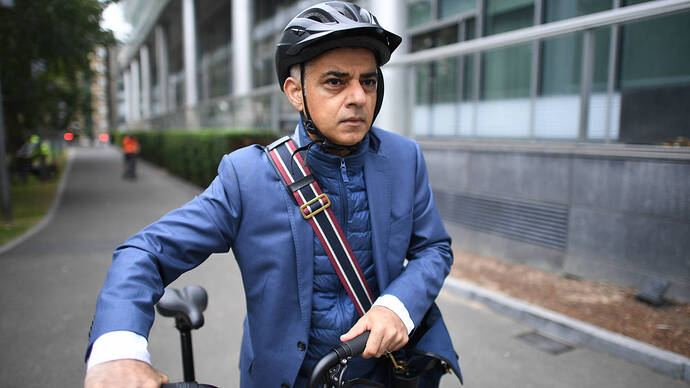 Drivers from outside London could be forced pay £3.50 to enter city

Sadiq Khan is threatening to introduce a new £3.50 daily fee for all motorists entering Greater London, as part of his ongoing argument with the government over funding the capital’s transport network.

Another great reason NOT to go to London - soon very soon he will realise that no-one is going back to using those city skyscrapers when they can all work from home, and Brexit bonus means the bankers leave London in Droves

Point of order that’s 52% of the turn out and there’s not so many singing and dancing now!

Agreed. But it does prove that the average person it a twat, and then there is 50% below that level.

And then they voted for a lying two faced racist, vile, adulterous, incompetent cunt called Boris. So that is where are we are now.

The charge is unlikely to happen, it is just to force the government to give London its share of V.E.D. Unlike inner congestion and emission zones, a border around Greater London cutting through both countryside and along residential streets will be more difficult to cover every road and lane with cameras.

As of this year, all vehicle excise duty paid in England is put into a new National Roads Fund to be used for maintaining roads. But almost all of the money is to being spent on the strategic road network. i.e. motorways and the major A-roads for which the DfT are responsible.

It is essentially only the ends of motorways inside the M25 which are part of strategic road network in Greater London. So although around £500m is raised for the fund by people living in London, hardly any of it will be spent here. And most of where it is spent provides little benefit to Londoners.

TfL and London councils receive no government funding for roads, everything has to the raised from council tax and bus and tube fares. So the reason for the charge is to say that either the government let London keep the funding to spend on roads here, or they will have to introduce a charge to raise it themselves.

That said, almost all the people who work in the city skyscrapers either do not drive, or are people for whom £3.50 is small change anyway.