i am considering to buy a former black cab to export back to Italy, i see that these models are on sale and read online that they can be insured and used as a private car, any of you has done or know anyone who has done it?

Any cab driver here who could tell me what to look at and what mileage will still be decent to afford a road trip back to italy?

So I’m not an expert on this but I saw a program on TV about the introduction of new Mercedes Vito cabs. Apparently taxi drivers will tell you that LTI haven’t made a decent vehicle since the “Fairway” whatever that means.

Yeah i am actually looking at the proper London Cab, LTI tx1 i think is the model…

That’s the extent of my knowledge on the matter…

My mate had one some years ago - no problems at all in insuring / driving as a private car.

There are more and more coming on the market as the emission rules get tighter (most get bought to use in other cities which don’t have the same rules, Liverpool, Glasgow, smaller towns etc)

Of course you will have to get used to people hailing you (especially when its raining):hehe:have a classic black 1967 Wolseley 6/110 .

I dropped a ,mate off at Victoria Station and a pissed Frenchmen got in the back and asked to be taken to some hotel… I took him and he bunged me a £20 note, none the wiser. 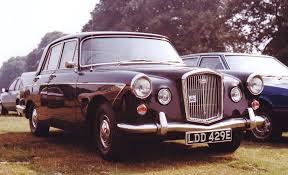 My mate has a TX2, paid about a grand last year. The best place to buy is near Loughborough Junction.

Why would anyone want to do that?

I wouldn’t touch one with a barge pole

I have been looking around about exporting a car and it is doable, quite a lot of papers to do…

The main concerne i am finding (reading on the internet) is that i most probably need the COC, certificate of conformity, and it’s not very easy to get, expecially from LTI…

Youarebarred: is there a dealer in Loughborough Junction?

Italy, surely, you just pay the local offical… nudge nudge… and its all sorted ! Or say you are related to Al Pacino? :w00t:

I had a Fairway (not as a private vehicle) that had well over 600,000 on the clock and still went ok but a bit breathless with the emission reducing stuff fitted to it. It had a Nissan engine the same as the TX1.
The TX2 has got a Ford Transit engine and is a real rattler.
Cabs have to be retired at 15 years (I think) now so you should be able to pick up a reasonable one.

Best place to ask would be one of the big cab rental garages in Three Colts Lane, Bethnal Green.

I see quite a few unplated ones running about so I don’t think it can be much of a problem.

Italy, surely, you just pay the local offical… nudge nudge… and its all sorted ! Or say you are related to Al Pacino? :w00t:

That’s the place. Don’t take the first one he offers youNd for gods sake don’t say you’re exporting it. Tell him you live local and ask if he will service it.

http://www.baconsdozen.co.uk/londontaxi.html … The Fairway Driver taxi cab.Buying,repairing and using one as a daily driver.

thanks for the tips guys… i will let you know how it goes, i will probably do it in June…

i tried to get a quote online but sites like go compare etc… do not have the LTI listed, the only sites i found for insurance are asking the license number, probalby i will just need to call up some insurers…

Longshanks since you had it for such a long time and you worked with it, can you tell me if a front passenger seat can be fitted?

My old Uni lecturer used to have a black cab… She never liked it when I sat in the back… :Whistling:

And yes she did have a normal seat at the front…

As stated above, you can get a front seat fitted.

sorry to pull up an old one,

I saw a couple of interesting cabs, but i am having hard time getting an insurance quote.

Any of you know which insurer to try?

Adrian Flux do pretty good deals on un listed models. I got a good deal on an imported Chevy day van that no other companies would deal with

thanks for the tip, gonna check them out

i managed to get one from direct line in the meantime…