Last week after I’d packed some gear into my Kriega and backpack to climb Pen Y Fan and hauled it to the underground garage to load on my bike, I was greeted by the infuriating sound of a groaning starter motor.

I already knew that if I leave my bike for more than 2 weeks without being ran the Bike Trac inside it will drain the battery, I just forgot that I hadn’t touched my bike in two weeks on this occasion. The first time this happened to me I got an SMS warning from Bike Trac prior to the battery getting too low, but sadly that can’t happen anymore because my new garage is underground.

It was a real pain in the ass. Had to wheel the bike out of the underground garage and down the road to Kwik Fit who kindly gave me a jump. Knackering

The Missenden Flyer has complained about this before on his channel and talked about Monimoto as an alternative.

I see it that I’ve got four options:

Obviously option 2. means that the bike potentially can’t be tracked if it’s stolen.

What do you all think? Anyone else faced/facing something similar?

maybe I could just cancel my subscription? I don’t fully trust that that would stop it pinging Bike Trac servers. Maybe I can unplug it easily from somewhere…

Video from a LBer. 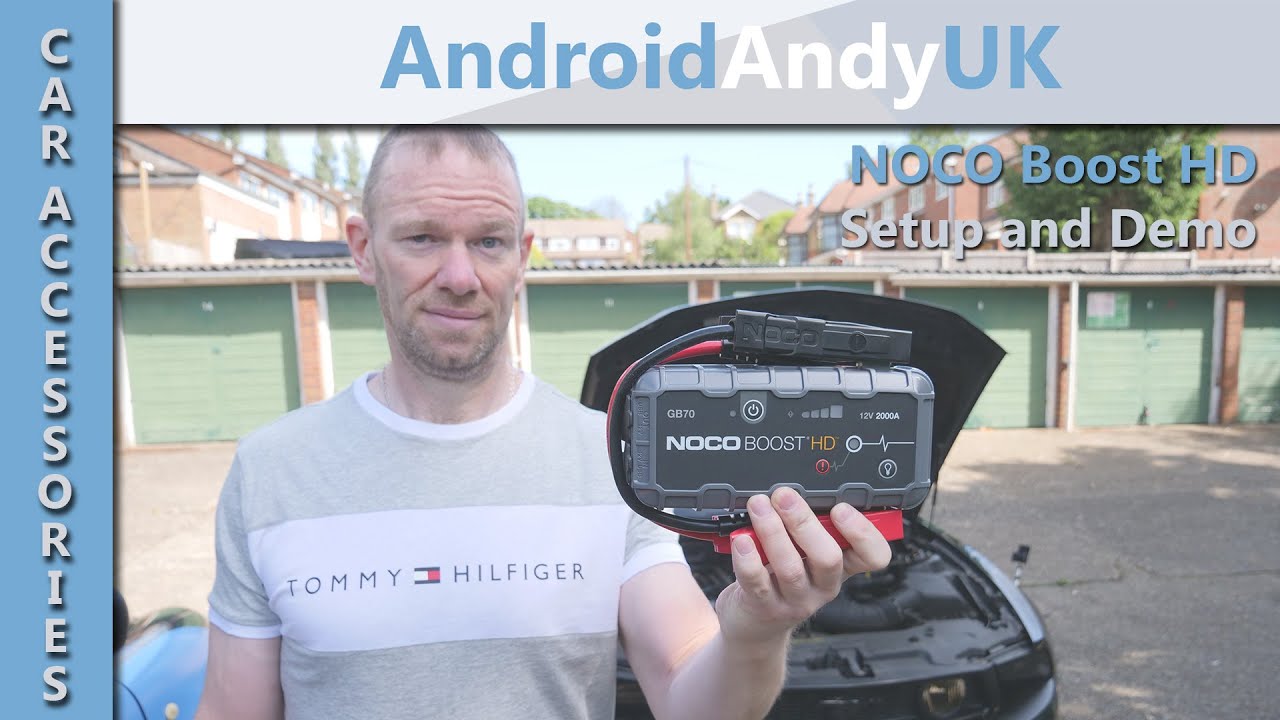 We do outdoor events at work and the same unit Andy has there jump started 12 cars yesterday.

Yup got one in my Defender, it’s great if it’s just a bit drained, but can’t cope if it’s completely flat. Actually think mine might be the GB40

I had a jump starter for my KTM and it worked both when it needed a bit of oomph on a cold morning and when it was dead… can’t remember the brand and it’s now.in car which won’t move for a while

Some cars prefer the negative clamp attached to an earth on the frame instead of the battery.

That might have been it… But I think I tried that.

It might have been the battery was so fucked (nothing on car worked, not even remote locks) the charger just gave up.

I just bump start it

i have one of these:

With no other means to charge or jump the battery and assuming the charging system is all good and assuming your journey will be long enough to put sufficient charge in the battery to start the engine throughout the day and for the return trip there are many 12v battery booster packs for around £40 that will get you going. The battery will still need to be put on a charger to get it back to a fully charged condition. Another option could be to have a spare battery on hand.

Isn’t £170+ for a 12v battery booster a little steep or am I missing something?

That’s the price direct from Draper. I certainly didn’t pay that, a quick search on eBay:

When I was looking yes there were cheaper products but when you looked at the details and the specs there was a huge difference. One of the most striking was although the capacity Ah were similar the cranking amps varied massively.

You actually have two issues @kylejm:

Swapping the tracker for another which draws less energy may solve one issue but it’ll leave you with two:

Personally I would look at ways to get power added to the garage. Maybe get a quote from an electrician for just one socket (for you) and then the price difference for many sockets for other residents and with this information maybe build support among residents for it (citing the benefits to them, i.e. trickle chargers, EV charging, security cams, etc) and then petition the landlord to have power installed. Maybe at your/residents expense, maybe at the landlords. Hell there might even be an argument to get proper EV chargers installed (some generate money for the landlord).

Then with power installed you might be able to look at some kind of cellular/RF booster for addressing the notification issue.

I have biketrac, yup 2 weeks of no use same issue, i use a halfords jump pack works great (providing i remembered to charge the jump pack) i now have unscrewing the 6 screws to get the stuff off to get to the battery down to a fine art…

and then petition the landlord to have power installed.

I’ve been down this route when there was major work done in our building in 2015. Some of us felt it was the ideal opportunity to wire up the communal garage for EV future. Couldn’t get all of the neighbours on board, couldn’t get the freeholder interested. In the end I got one of the electricians working in the building to quickly run some conduit and a double socket outlet to my parking space.

Why not fit a jumper lead socket to the battery (similar to those that come with trickle chargers) and a connector to the jumper pack?

I just googled Jumper lead socket and that looks like exactly what i am using? but i still have to get to the battery to do it, unless there is a magical thing which means i dont have to do that…which would be nice

Cut the 1M cable in half, permanently connect one half to your battery and place the connector end where it can be easily reached, connect the other half to your Halfords jump pack and you have a jumper lead and socket giving easy direct access to the battery. You may want to wire the battery connection via a 30A fuse but if your just using it as a jump start you should be OK without. Or combine the battery harness above which has a built in fuse with the extension cable here.

Great idea @National_Treasure. I already have an Optimate SAE connector attached, so I’ll be using your recommendation if I go the jump start route.