Today at 18.00 a friends 2007 R6 was stolen from Greenwich-Cutty Sark motorcycle parking. They broke the disc lock as you see in the picture.
Latvian number plate: TC 9115 , LIGHT blue colour different than the standard yamaha blue. Dark screen and two brothers racing-black series exhaust. If you have any information please send me a message. 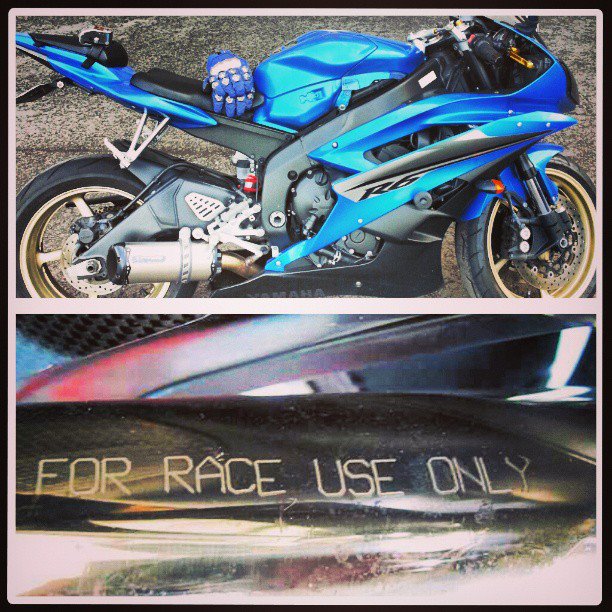 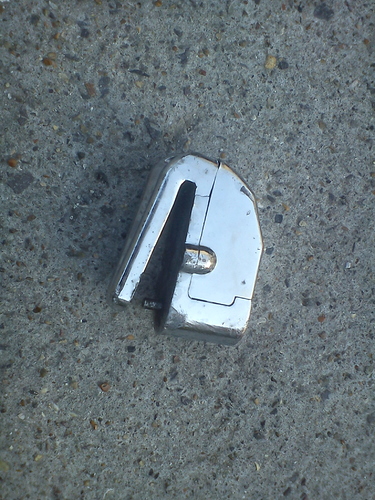 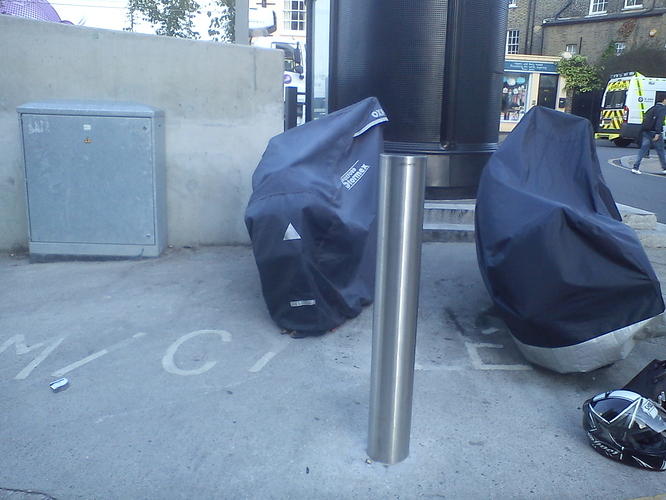 Too many get stolen from Greenwich. Have a look around the local estates to see if they’ve left it in case it’s got a tracker.

Have a look around the back of the buildings of millennium quay. A mates gs was found there. Also look down alleyways and side streets. They are usually left for a couple days due to potential trackers

Don’t be afraid to lift a few covers if you spot gold wheels. They have been know to cover and re-lock stolen bikes to make them blend in.

Thank you once again for the info guys, will ride around tomorrow. We might get lucky…

I get about Anon. I know what areas are rough. Niteowl by name, Niteowl by nature. Ears and eyes of the twilight hours my friend.

So I had a prowl around the estates along the Thames at the back of Greenwich, nothing.
Dropped into the town & found the motorbike bay. Had a peek under one cover, nothing , so decided to call it a day.
As I was leaving I noticed there are 2 cctv cameras on the building opposite. One was pointing directly at me. I pulled around the corner & was typing away, suggesting to ask in the building if they had seen anything when old bill pulled up behind me!! Literally, 30 secs later.
Wanted to know what I was doing. Had to explain the whole thing about this website & the nicked R6, whilst they ran my details!!! Said i was spotted on the cctv by the operator.
Finally let me go after 15 mins (their computer link was
down)
So i guess you coukd say, they are on the case!

Wow! Thanx mate! They are on the case indeed. We did let them know about the camera and they will call us today about the footage.

i was with those guys friday @Ace, hope he gets it back!

worth taking a look in the estate just north of Creek Road.

Yep, I did all there. The estate opposite Deptford church
St, Prince St etc. Went into as many private parking areas as I could without getting off the bike. (At 4.30am, its not wise to lol)
When the old bill stopped me in Greenwich town centre, he said they usually stick them in tight alleys or garages.
Also said their Skodas are the only vehicles fitted with Tracker location devices.

Might be worth looking the other side of the one way, between the navy college and Blackwall lane?

That’s crap mate - hope you get it back…

Greenwich? It’s bike-nick-central as far as I can see … why don’t the police plant a few sting bikes in that area - bound to be no more than 2 gangs, maybe only one doing this…

put them away and Greenwich= safe area again…

But I must say - leave a bike with just a disc lock for security and you might as well kiss it goodbye in that area.

I noticed the disc lock had been forced open. By chance, I have an Oxford Omega ST
http://www.earnshaws.net/proddetail.php?prod=OF45
which I use as a spare. It has a T shape locking mechanism, meaning you cant pry it. Think i might start using it more than my Xena, which hasnt, in addition to my usual security combo.