Hi I’ve just brought myself a second bike a fireblade 96 model off my brother for £600.00 all it needs is a new clutch and a respray.i was wondering if anybody could recommend a good paint sprayer also the bike uses abit of oil that I will have to investigate when my brother drops the bike off to me cheers guys.

Congratulations, sounds like a snip at that price or is there a token of brotherly love in there?

You need to re-order your priorities, first things first. The burning oil will be the main issue and you should get that sorted before moving onto the clutch and any other mechanical issues. Last but not least, once you know what’s what and its mechanical sound you can throw some hard earned at the cosmetics.

Assuming the engine is not clanging, banging or knocking (indicating there are no issues with the crankshaft, camshafts, big ends, little ends etc.) the most logical first course of action would be to test the compression.

National treasure has a point there.
Better to get the heart checked first before you go have plastic surgery.

I can recommend scorch motorcycle for mechanical and spraying

Where is Scorch these days though? Everyone here says Chesham. His FB says Chesham. But getting directions from his FB page takes you to Watford.

He and DRBikes are in Chesham

Where is Scorch these days though? Everyone here says Chesham. His FB says Chesham. But getting directions from his FB page takes you to Watford. ??? Janey

We are in Chesham postcode is HP5 3PF maybe he needs to update his fb maps or something we done ours when first moved so if have trouble finding him just look us up :)
Janey 19 March 2017 16:04 #9

Ta for the clarification. You’re now on my Google maps “favourites”

Thanks everyone for your advise i will get the engine sorted 1st!
The engine is smooth no knocks or anything and it doesn’t smoke i will contact scorch and see if he can have a look at the mechanics

with regards to paint, it’s often easier and cheaper to buy a set of chinese fairings and sell your originals

My friend done that and it didn’t fit perfectly

Definitely scorch. Look what he did to my old Blade. I bought a set of Chinese fairings and he painted the tank to match. It’s a work of art, the piping lines all dead straight… lovely 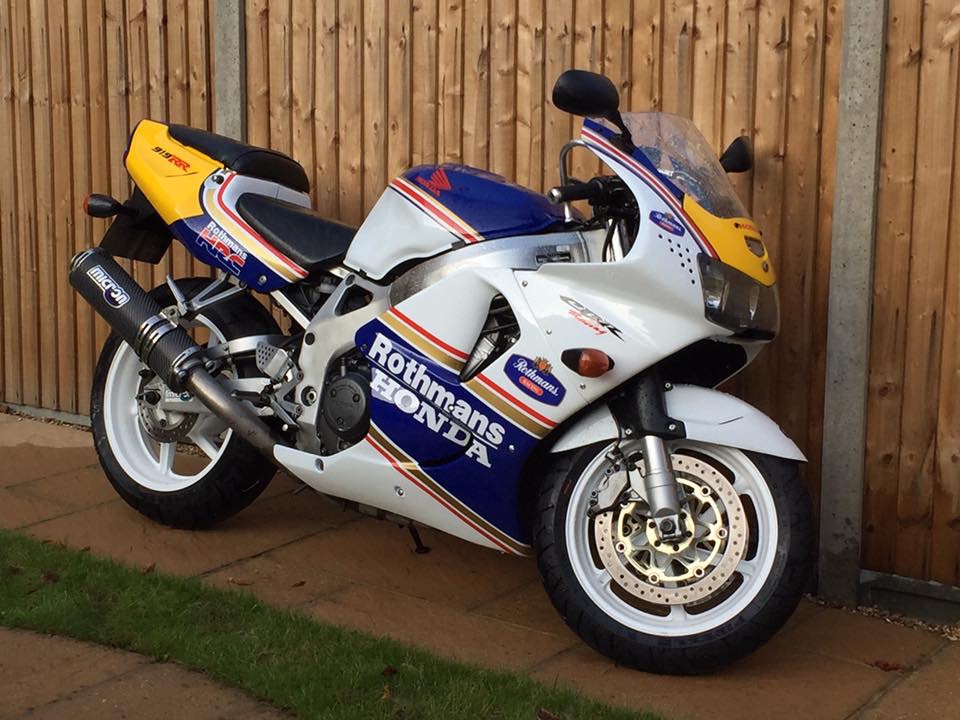 Oh and he did the wheels too.

Wow that does look nice how much did he charge to spray your Honda?

Ta for the clarification. You’re now on my Google maps “favourites”

Think is first time ever been on anyone’s favourites list

Rumour has it that you’re now very experienced in fixing 675s, so you’re handy peeps to know.

I’ve heard they’ve had much practice in putting one back together. 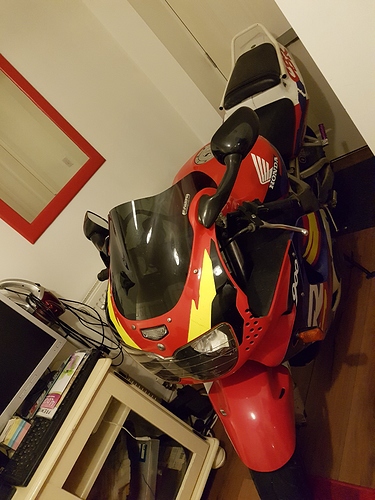 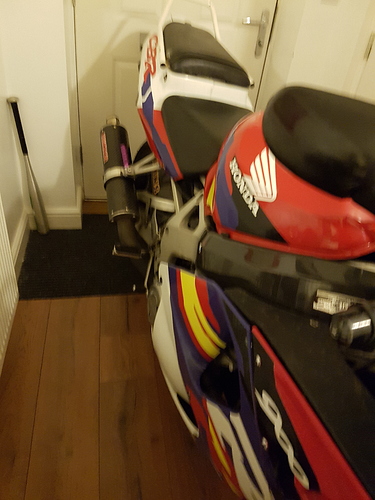