Best way to strap a bike down in a van

What’s the best way to tie down a bike using ratchet straps? I don’t have a wheel chock thing.

In the middle of the van with a strap on each side of the handlebars pulling front and down? Bike vertical?

Pushed to one side and ratcheted to that side?

Should the suspension be compressed?

make a chock out of blocks of wood

front wheel against the firewall. put on sidestand. strap down rhs fairly loosely then strap down lhs the same. then tighten both

What Jamie said, I use straps on handlebars and rear pegs and compress the suspension donwn about a 1/4 of travel. Once upright should not move at all.

I strap down my KTM 990 as jamie does it , with addition of a zip tie round the brake lever .

Cheers gents, went with three straps, one for each handlebar and one on the pillion peg holder, was solid. Probably didn’t need the rear one, but slightly paranoid about these things. Took zip ties for the brake lever but forgot!

rear one stops it pivoting on steering

Patience! Still in the van, getting it home tomorrow evening. Needs a few bits doing but already started ordering some goodies! Damn this KTM parts catalogue.

Ah the temptation of anodized Orange bling… difficult to resist.

Even she can tell the difference between orange and green!

Even she can tell the difference between orange and green!

Paint the green one orange and join the Sammy Essex club.

MOT today, first time out on it, completely different to the Ninja. Instant torque, wheelie monster. Bit flighty at high speed, but so much fun! Comfortable too.

One of the Akros is off having a dent removed, should have that back tomorrow. Not the greatest pic, but here she is: 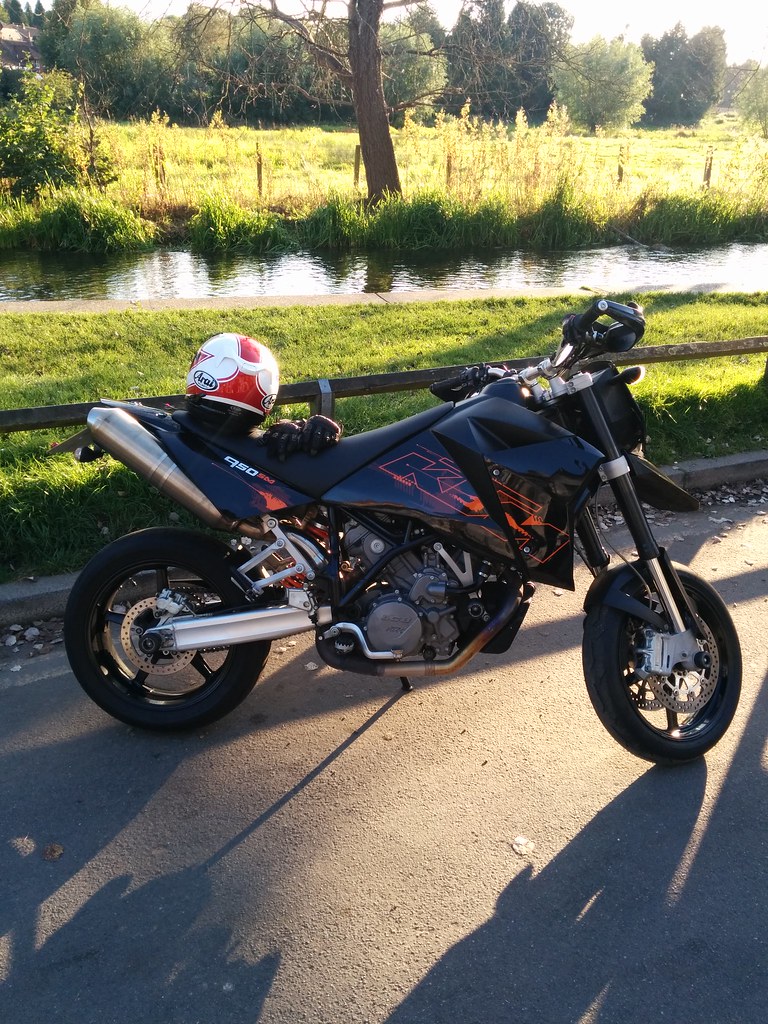 Nice, keep mulling this or Superduke! Seat hight will probably end up making the choice for me…

congrats on the new edition. You coming out on Sunday for TimR’s ride?