So I’ve decided to do an oil change today. Do I:

Go to Halfrauds and pay through the nose for convenience.
Go to a motorfactors and pay less, but probably have to go to Halfrauds for the filter anyway.
Do a tour of Tescos, I think their superstores do a range of branded oils.

Halfords seems to be the best option for me,

any where else iv seen it

I used Halfrauds in the end. I went to 2 large motor factors near here, and both of them said they didn’t stock bike oil anymore on account of ‘the additives’ I didn’t push them for further explanation. They both steered me towards my local bike dealership, where it was more expensive than premium gin. Halfords sold me castrol + filter for £32.00

Yup, they don’t have a huge collection, but they always seem to have mine

Halfords. Go for Castrol oil and a Champion oil filter

Halfords. Go for Castrol oil and a Champion oil filter

Turns out Halfrauds is cheapest after all.

I tend to just get it from Hein Gericke. They used to give you a free filter with the 4L bottles but not sure if they still do.

I tend to just get it from Hein Gericke. They used to give you a free filter (which has been included in the ridiculously inflated price) with the 4L bottles but not sure if they still do.

To be honest I haven’t bought any for a while, but when I did it was cheaper than Halfords. 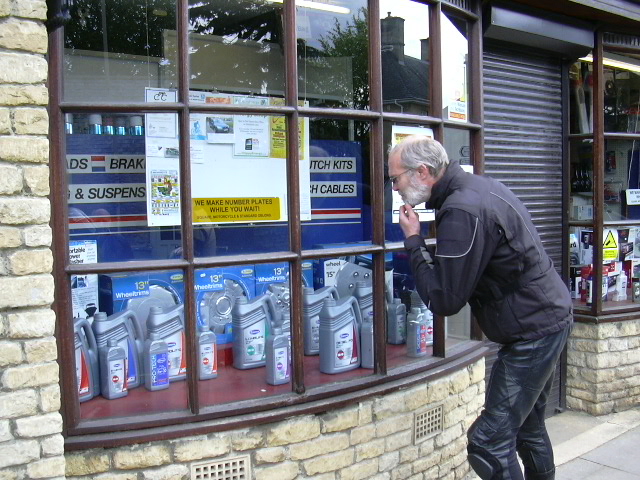 Been there and done that too, Halfrauds are not so bad on the very basics and they’re local to boot …