OOPS!!! How can i remove this one without the link, sorry fellas

Ooops, I removed the wrong one

Don’t worry though, there’s no problem with the frames!

Aye ya bugger, getting rid of the evidence

I’ll have to try to remember not to crash! Sometimes I get carried away with things though.

darbo…dude, dont take this the wrong way…but, is your avatar a picture of you?

If it is Darbo… Thats a mighty ass you got there errrmmm MAN!!!

As much as you might want it to be

Cant even say its the Wife either

Check out this broked K5 frame I saw yesterday at my friends garage!!! Now that had to hurt!!!

Not sure if it a real issue Ben… You should see the rest of the bike, TOTAL MASH UP!!! This was a really nasty accident… Not sure if the guy made it… 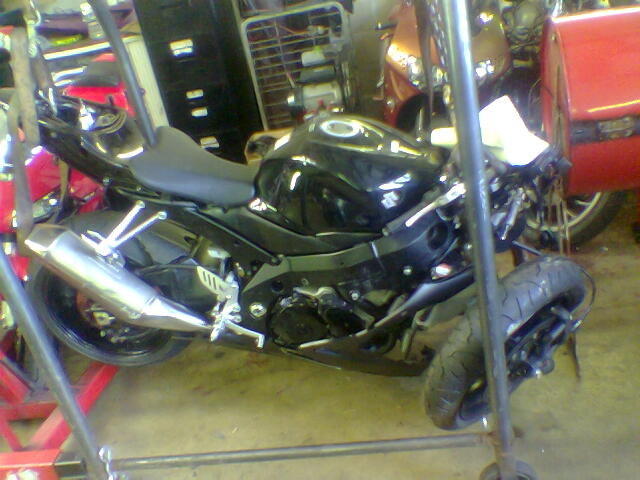 The general consensus between professional welders, and frame straighteners, is that there’s no issue. It’s unfortunately been the case that there’s been a number of head-on crashes where the frame just can’t provide that much rigidity, no frame can. With a new bike, people crash, and then the hype-machine wagon starts up.

The picture above looks like it was from a VERY heavy impact, there’s no front left, so it’s no surprise the frame broke there. Frames break all the time. It all started when a racer threw his K5 into a wall at 120mph… DUH…