Just to report I had an amazing day of off-road tuition with Craig Bounds of Black Desert Training in South Wales on the weekend. Its hard to beat the expertise and variety of terrain on offer in the UK.

As some of you know, I’m off to Cambodia on Thursday for a couple of weeks. I’ll put a bit more detail up about that soon

Its been very rushed to get ready for it. I’ve done a few long distance rides with bad roads, but nothing so purely off-road.

Very luckily Craig Bounds and Tamsin Jones are both on this enduro too. If you don’t know of them already, Craig is the British Big Big Rally champion (3 times I believe) and has been in the Dakar 3 times (taking a break this year). Tamsin’s done the Dakar once (and finished), as well as Romaniacs amongst other stuff.

All very impressive, and on top of that they used to be instructors at BMW’s off-road school in Wales - but decided to do their own thing about a year ago.

I contacted Craig for a bit of advice on the enduro and very luckily he managed to free up Saturday to help me out. His rates for one-2-one tuition were very fair too, and over the phone agreed that some Alpinestar Tech 3s I spotted on offer at Heine Gerricke were a good buy - so I did.

So I drove down to Wales on Friday night and met up with Craig and Tamsin at their house in South Wales. All very relaxed and friendly.

After lots of chat, and Craig giving me loads of help with gear and other tips, even selling me some at a good price - we eventually headed out on Suzuki DRZ 400s. Tamsin took another two bikers out on some different routes.

Within minutes from their house is some amazing Welsh terrain. I know Wales quite well … but this surprised me!

We started off down some lanes, then quickly got to a farmer’s field. Its been raining over new year, so the ground was sodden and slippery. Luckily I’ve had a couple of small introductions to off-road with Patsy Quick and Golding Barn.

Even just the farm’s track was muddy, stoney, bumpy, full of pot-holes, water and more - and that was just the first few minutes. Craig ran through some of the basic off-road tips of body position, standing up for visibility/suspension, picking-up a dropped bike, finger over clutch and brake etc.

We quickly got off the track and Craig was pointing out the different terrain and what to look out for … like grass being slippy, ferns being grippier - but hiding nasty things, reeds in the wetter bits, sticking to lines and avoiding “edges”. The back wheel on the bike was slipping around way more than I’ve ever been used to … even the bike hardly moving forward at times!

After getting used to that, we sped up a little and crossed some countryside. After a while my bike just span out for almost no reason - no damage done. We had a little rest and carried on. I remembered some of Patsy’s tips about body position, and weight on foot pegs etc so started using body position more than handlebars for steering. This helped to keep the bike up straight and stop the front wheel digging in or slipping around.

Craig then led me through some muddy rutts - a new experience of trying to make progress, but having to look out for every little puddle or small boulder to avoid (yes, these were much bigger then pebbles!).

Eventually we stopped by a rather steep, muddy, rocky track up a hill. Craig said something like “we’ll probably see these in Cambodia”. He explained and demo’d, then I gave a go. To my surprise I didn’t make it, but managed to hold the bike … then took it back down for a second try. With a bit of a struggle it got up. After a couple more goes, I was more relaxed and giving more gas.

We then made our way down some more rutted tracks and found the local pub for a nice lunch - with Tamsin and the other 2 riders just arrived too. After some nice chat, we realised that one of the riders was Anne - who’s a regular on Mark and Angie’s trips to Wales! It had even turned out that Anne and I had bumped into each other when the LB ride and my Meetup group met in Snowdonia last year

We also talked about my trips to Bahrain and Tashkent and lots of other things. 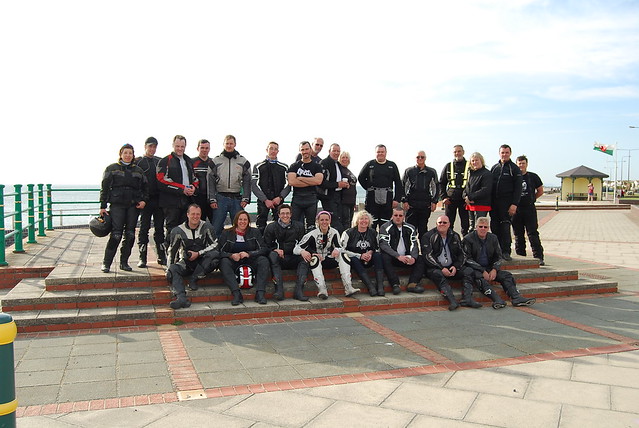 After a bit of food, we headed off again - some more trails and sliding around. Craig started to cover different terrain, including some steeper, rockier ups and downs needing different body positions, and streams etc. We then covered ruts, and “paddling” through them with feet wide so as not to get caught up in the rear wheel.

After a bit we got to a big field with trees in the distance. Craig stated the field had lots of different options, and it was important to pick your line. I went first … and it was horrid! Not a single flat bit, and ruts everywhere - even in the “flat” grass. I eventually made it over, and Craig was pleased enough. I think it was the next bit that was a steep downhill that was basically just one big rut! That was a bit of a challenge. We were also starting to go into “sheep trails” … narrow little ruts which can easily throw your wheel out of position, especially on steeper inclines.

We took a rest half way through, and chatting to Craig he realised he knew Lord Paddy who I’ve been on the long rides with. It turned out Craig was about to go on a ride with him the year before me, but Craig dislocated his elbow 3 weeks before. Small world!

We then went through lots more variety - woods, trees, bigger rocks, streams, bigger hill climbs, tighter turns etc. I didn’t drop the bike once. Then we got to series of large puddles, possibly even a stream bed. Suddenly there was no “edge” to one big pond … and I paused half way through it on the side. When I started off again, the rear wheel stuck on a large rock and I dropped the bike into the pond! Luckily it kept going and Craig came back to help rescue it. To my pleasant surprise my new Tech 3’s held out most of the water.

We carried on, and I was starting to flag. I think there was more woods and dirt trails, then it seemed like we were heading home down some roads I half recognised. Suddenly, Craig took a left turn and I followed … right up a steep hill, with sheep trails, steep-ish sides and all the rest. Finally at the top Craig said “always expect one last challenge before the end”

The view was gorgeous though, and the ride down was nice.

We headed home, cleaned up and had a nice cuppa and scones. Tamsin, Anne and her friend arrived - totally covered in mud! Apparently Tamsin had led them through a muddy bog, and they only just got the bikes out again. 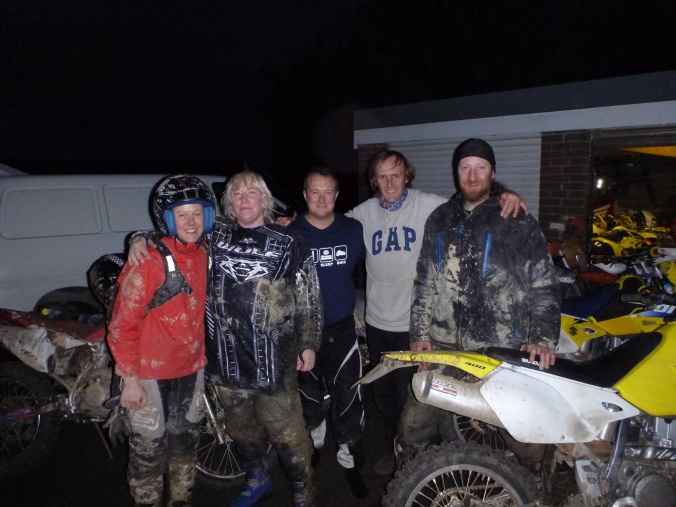 Well, I hope that wasn’t too long - but its amazing what you can cram into one day!

I totally recommend a day or two with Craig and Tamsin if you get half a chance.

They seem open to a group discount, so perhaps we need an LB visit this year?

Also, they’ve recently finished making a “Wales Coast to Coast” off-road route … around 6 days of almost pure-off road from Swansea up and around Wales. Its getting rave reviews already, and seems very reasonably priced. http://www.blackdeserttraining.com/courses/coast-to-coast-6-day-adventure-ride.html – I’m thinking to organise something, so let me know if you fancy.

As Tamsin says Wales is one of the best places for biking in the world, possibly only beaten by Romania in her book

Fab! Can I pinch it and make an article on the front page out of it?

Fab! Can I pinch it and make an article on the front page out of it?

Let me know if you need me to tidy it up

I’ve been telling people that for years.

I’ve been telling people that for years.

Wales is awesome - just much better off-road than I expected, perhaps even better than on-road!

Brilliant - sounds a hell of a lot tougher and far more testing than our Golding Barn Day:D

Looks like you had a fantastic time and very interesting read Alex. Obviously you went on this one specifically to train for Cambodia, but it seems like it would be great as a day in itself also. It would be good to get some more info up about off road trainings generally also and how they all compare. Has anyone done the Ady Smith KTM school for example?