Almost had a heart attack!!!!

Got and email from the National lottery telling that I was a winner! Can’t describe the exitment it was up to I see the prize… 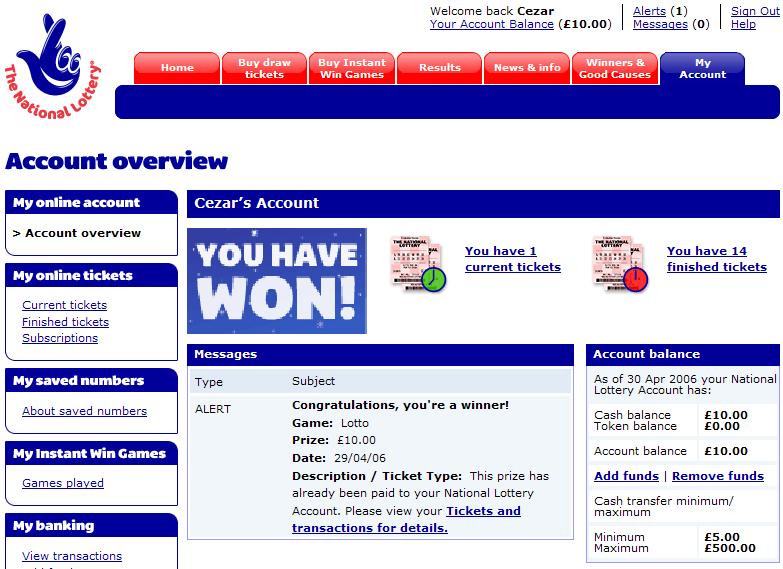 Hehehe, doh! Just enough to keep you interested, but not enough to break-even!

That’ll go towards a tank of petrol though.

Wahey, drinks on the lottery winner! Mine’s tap water, please…(as is everybody else’s…)

The email come up as a winner but didn’t say how much. I thought it was a span but just in case went to the National lottery page and signed up. A message came up saying that I was a winner, again no value… I was really chocking by them… So I clicked on the link and realised that i had got 3 right numbers and won 10 quid… bugger