A morsel of information on the new bike…

The all-new Tiger 1200 has now reached its exciting final stages of testing.

The word ‘transformation’ simply doesn’t do it justice. Designed to deliver the new ultimate large capacity adventure ride, the incredible Tiger 1200 will bring every advantage in one all-new motorcycle family.

Now significantly lighter than its closest competition, with an astonishing transformation in weight, the new 1200 will combine the triple powered engine advantage with a new dimension in class-leading agility, control and handling. 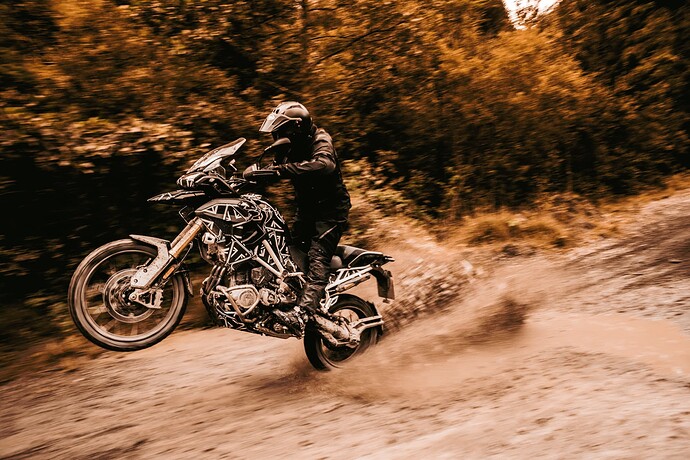 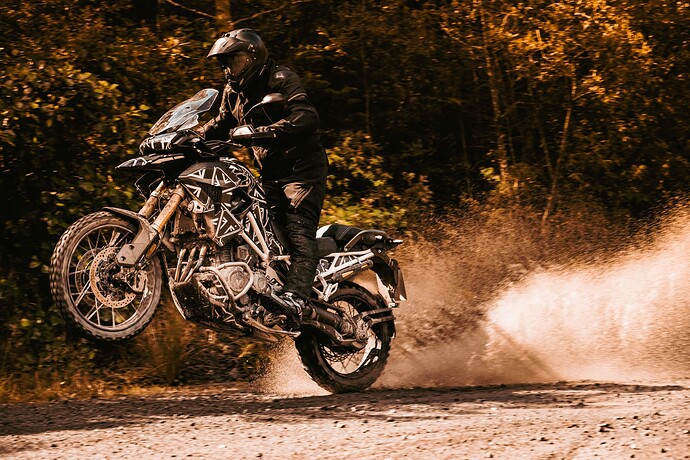 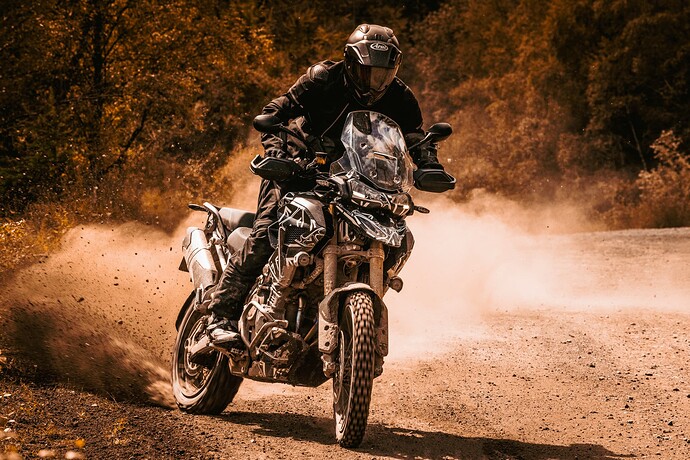 Gotta say, it looks good. Hopefully they’ve lightened it and given it a bit of engine and tech pep.

Shame they can’t name the competition that they’re referring to. The old one was such a lump and the Trophy along with it.

The weight was what put me off the old bike, tbh.

So according to someone on a Tiger 1200 group on Fb his local dealer has said it will be substantially lighter than the outgoing model and barely any heavier than the 900. Claimed also to be available with 20l or 30l tank. Should be at the bike shows next year.

Think I’m going to seriously consider doing some saving up. 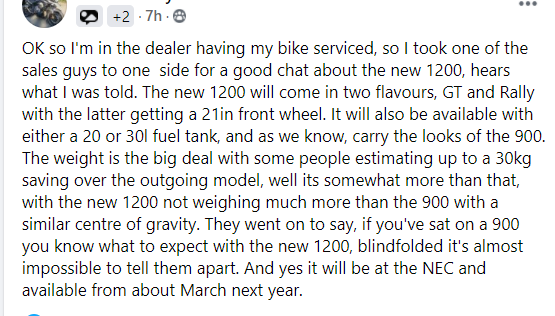