The starter motor on my 2016 ZX-10R (ZX-1000-SGF) has failed. The shop, East London Kawasaki aka Bacon’s Motorcycles, has the bike, and I’ve been told that some of the magnets have come away and one is broken. The bike has been fully serviced, and only 4 years old. The manager of the shop, Les, said that he would ask Kawasaki if they would replace the starter motor for me, indicating that they might do so for free, and the cost to me would just be for the shop’s labour of fitting it. As a new starter motor costs £519, I was hoping that it would be a free replacement. Any of you who know me, will be aware that I keep my bikes garaged, in good condition and very clean. I bought this one in July 2018 with only 3528 miles, and it has only done 9515 miles in total.

Yesterday I got a call from Les, and he said that Kawasaki have made a “generous offer” of letting me have a new starter motor for half price, which would be £259.51. Bearing in mind that I never skip on servicing and always get a fully qualified person/shop to do such, I don’t think that it is reasonable for a starter motor to fail.

So my question, at last, is how can I find out what the precise Mitsuba model number is for my bike? The Kawasaki part number is 21163-0064.

Is there anything else I should consider when replacing this starter motor? I would regret spending £259.51 if it is possible to buy the same thing for about £100.

First port of call would be to email Mitsuba. They might tell you what the model number is. There might be a manufacturer part number stamped on the inside casings of your motor that would help.

I’m a bit late to the table here. At the Chiswick Honda parts department they pull up the schematic for your bike and can identify the part numbers down to individual bolts. Same at Volvo West London. I’d imagine it’s the same at a Kawasaki dealer that has a parts department if you are even stuck for a part number in future.

I’ve been told by Les that he found another number on the starter motor 51023AN.18038, but of the companies that I’ve rang that provide starter motors, that part number is not recognised.

I’ve emailed Les back to ask him to confirm the part number, and hope he’ll get back to me soon.

If it’s any help there’s a list of other bikes it fits at the bottom of this page
https://www.partzilla.com/product/kawasaki/21163-0064

Thanks Gav, I’d not thought of that. What I’m trying to suss out is the Mituba part number so I can see if it’s noticeably cheaper to buy it from another source.

Someone I know was quoted £400 for a new starter motor for his 1981 BMW RT. He knew that was bollox and threw the old starter in his car meaning to go looking for someone to recondition it.

One of his mates asked him why he had an Astra starter motor on his passenger seat floor. The guy was certain, he fitted dozens of them over the years.

Maybe try a Honda dealer, it looks like Varadero uses the starter motor from the same range 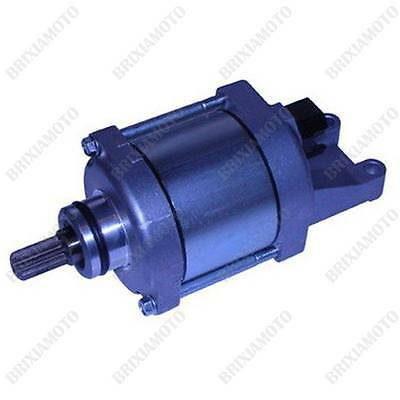 Thanks Gav, but that is different. I’ve been told that SM18 describes a range of starter motors, and that one is different. However, I’ve learnt something here, as that one costs £175, and the discounted price that Kawasaki have offered me is £259.51, so I might as well just accept that, as if it goes wrong again, then at least I can say it’s all genuine Kawasaki supplied parts. 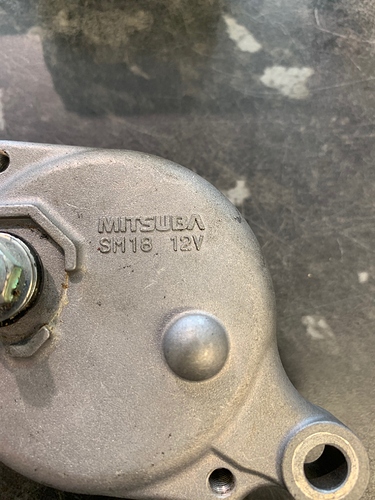 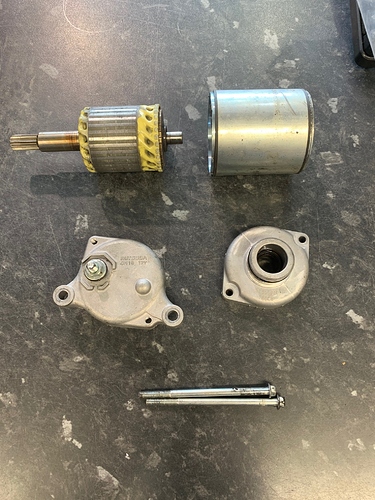 One thing to think of is…
If you source the part what guarantee is given on it with regards to issues …
Whilst if sourced through kwak the guarantee is going to be better.

I accepted the 50% discounted price from Kawasaki, so will be paying £259.61 for it. But it only comes with a 6 month warranty, which is very disappointing. Having spoken with a company that supplies starter motors, Mickey said that Mitsuba starter motors come with a 2 year warranty.

I’ve asked Les at the bike shop to keep the original s/motor and pass it back to me when I collect the bike. I’ll then take it to Mickey so he can positively identify it and get me the part number and price for one, just in case it reoccurs.

You should be able to get the starter motor refurbished.

Some people say they can’t refurbish it because it’s the magnets that have failed. One has broken and half of the other have fallen off. Yet other companies have said that they can fix the magnets.

Les at Bacon’s said they have had a lot of problems with refurbished starter motors. I’d rather pay more and get a more reliable unit.

Same happened to my 2016 zx10r KRT. First time it went out I took it apart myself and reglued the magnets on. Worked for a few months then another mag came off. I tried gluing them back again but this time it won’t crank. So I am about to take it to a shop to see if they can rebuild it. Ever get the Mitsuba part #?