a pic of my scoot

i just thought i would show a pic of my scoot. 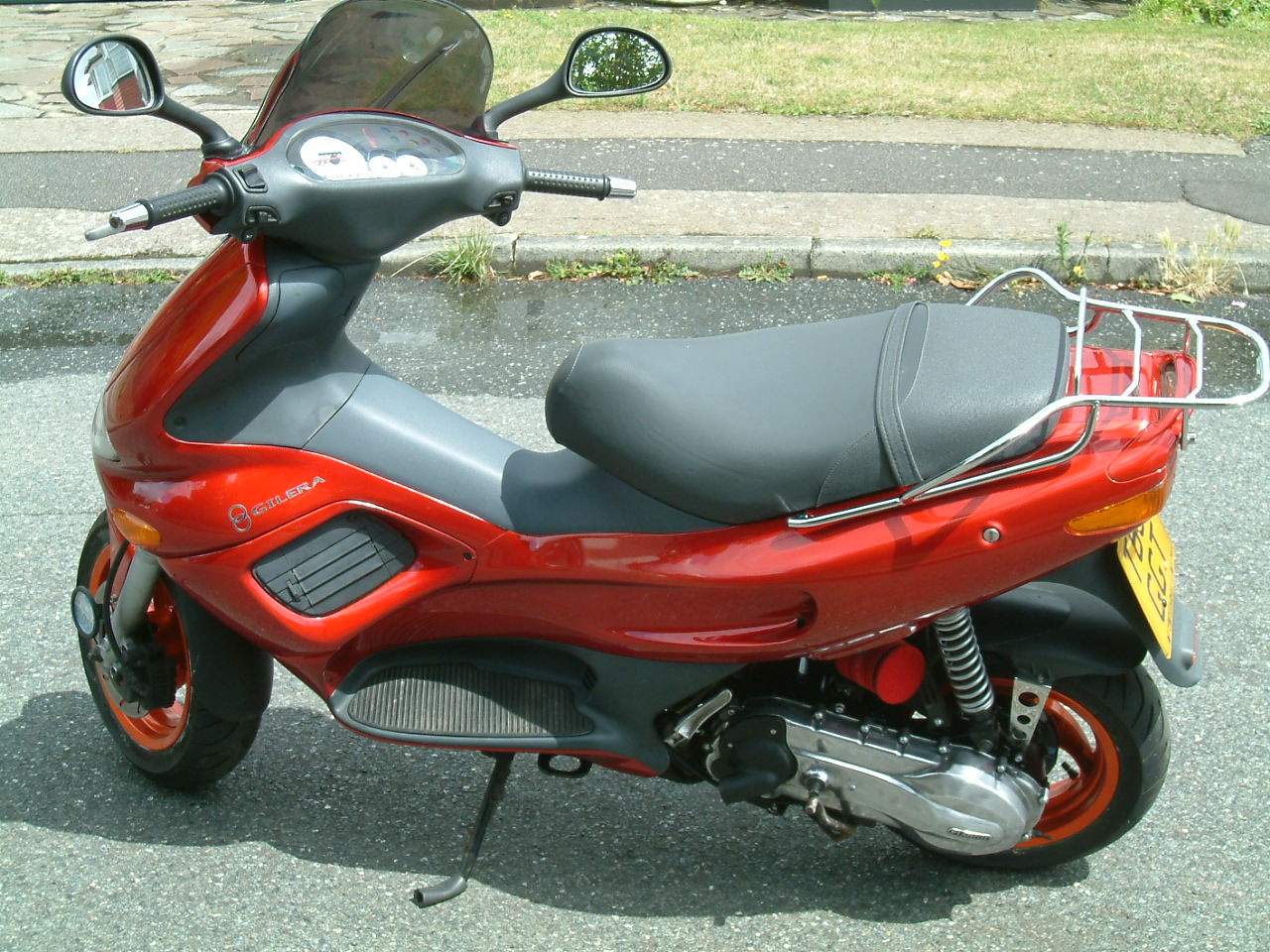 nice! bet it shifts too;)

Not normally a scooter fan but this one looks very good. What is the vent in front of where you put your feet? Does it blow warm air?

Yep the X8 will be just slightly different to the Gilera, but as you found out it’s a bit of a wolf in sheeps clothing. It looks staid, a little boring and very practical, but when you ride it it does positively encourage you to be a hooligan. The looks belie it’s ability.

The Gilera screams out “Hooligan fun” the X8 is a bit quieter about it, and probably far less likely to get nicked by chavs -

Yes , the italians dont muck around you know, you can buy a cover which goes over your legs, and fastens to the front of the scoot, then you open the vents and hey presto,warm and dry legs and feet,splendid.

I was in italy last year, they ride their scoots in suits and posh shoes,lid goes under the seat and voila’ .scoots are a way of life there,cars are just so yesterday.

also a recent trip to paris revealed the aproxx 50 % of vehicles in paris are bikes and scoooooooots.ive never seen so many mp3,vespa,gilera tmax by the lorry load, there everywhere.

Yep that’s certainly the case, it’s a different culture on the continent. They’re much more two-wheel friendly and I think they can ride small scoots/motorbikes from about 14 years old so a lot more of them do rather than waiting to get a car. When I was in Paris there were maxi-scooters everywhere as well, way more than I saw motorbikes, the numbers of two -wheelers was quite refreshing, but then they seem to be allowed to park anywhere unlike here where we’re all so restricted.

For a second there I thought it said A picture of my scrote!:w00t:

It’s kinda worrying that I had to look anyway.

Youre not dicklecksick are you?

yep no worries pm me your moby number and ill pin it on the garage wall,atb Paul

**Me like:D if Ratty does’nt buy it off ya can i have second dibs please:)
**

n
the act of getting rid of something undesirable or unpleasant; deliverance or removal (esp in the phrase good riddance)
when someone says they need to get rid of something, it normally means that whatever the item is its a pain in the arse.
However My scoot, is far from this.it starts well, it runs well, it gives good mpg,its taxed and mot’d, its more like a friend than a bike,its been 95% rebuilt and re-painted, the wheels have been shot blasted and re-painted in candy colours,its got a pm tuning reed valve assy,the cases have been flowed and polished,new piston and rings,new gaskets,bearings and seals all round,new drive belt,pm tuning rollers tuned for acceleration and top end(over 80mph easy),it had a nearly new exhaust,brakes serviced and cleaned,HID lighting on dip beam,new water pump belt and water pump.
if it needs it, it got it.Above all it fun.£81 insurance tpft.
There is a spare set of panels and plastics,seat,headlamp,air filter, and i have all the parts to put the engine back to std spec,quite easy.
The engine is at stage 2, it goes up to stage 7, which can be 1 sec slower than a fireblade doing the quarter mile…look here and scan down the news for the video.
WARNING once you ride a mad scooter your’e hooked,there is no known cure…
If you chaps pm me your mobilenumbers i’ll give you shout.atb Paul

**Me like:D if Ratty does’nt buy it off ya can i have second dibs please:)
**