No not a mumsent topic…

About 9 months ago my father in law bought me a supercar trackday voucher. I booked it for this Saturday all the while back in pre-Covid February (luckily didn’t choose a date in May as originally planned!).

After all these months I’m heading to Dunsfold aerodrome (Top Gear track) tomorrow to drive a Ferrari 458, Lambo Huraccan, McLaren 570S, Audi R8 and BMWi8 and then get driven around in an Ariel Atom by someone who knows what they’re doing… First time I will use my lid in nearly 2 years!

I’m thinking that the above is the order in reverse (Ferrari last). I also have pictures of me doing drifts round the track when in fact I know I’ll be going round like a granny… Stig, this boy aint

Ah I did one of those years ago!

Great fun. I also got the Aerial Atom thing, if you tell them you’re a biker they’ll try to go harder so you feel impressed (I was not if i’m honest).

Also, not sure it’s something I would buy myself as a gift, but being given it it’s much appreciated!

So your taking Miss Daisy on a track day

half a day of no baby talk… it’s been over a year since we had that!

I did one of these with by brother in law a few years back after my sister won a voucher in a raffle, my sis and mum both chipped in and bought another voucher so that we could both do it. We only got to drive 2 out of a selection of a dozen or so cars, we ended up driving a Lamborghini Gallardo LP560-4 and an Aston DB9 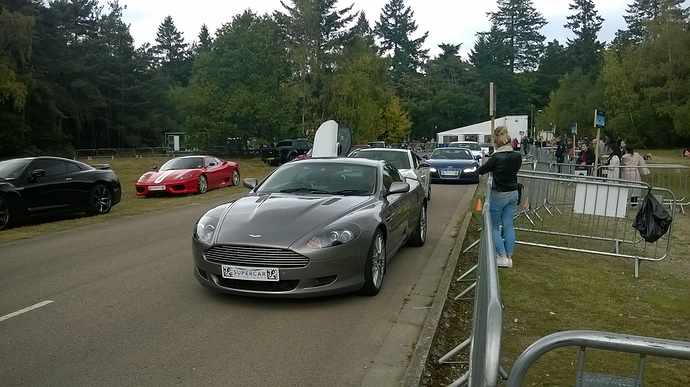 The atom I think is last by default as I won’t be driving it. At least I’d hope so to be shown ‘how it’s done’…

Will see what photos I can take. Will depend on restrictions they have for Covid etc they might not let you hang about that much 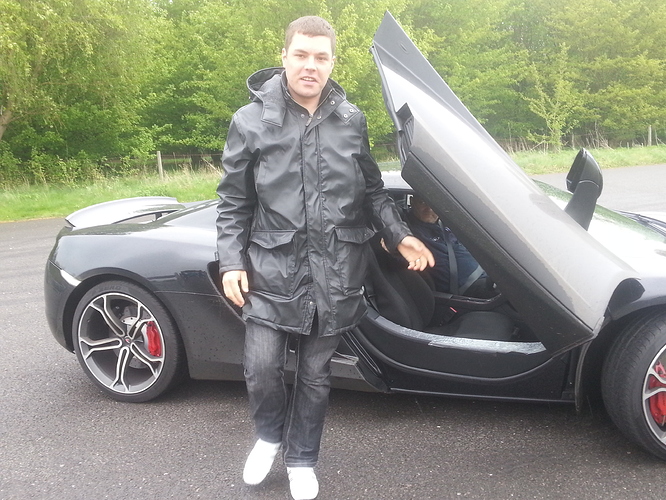 Boy I looked young! and boy that car was like turd off of a shovel…

The guy in the car was actually the owner. I was so worried about crashing it I would not say I was hammering until he said what you waiting for, so I nailed the shit (within my limits) out of it and F*** me was it quick…

That’s a twist… Didnt realise these cars belonged to individuals who leased them out for these events… Yikes.

So all.in all good day only because again my FIL got a pack with ‘fast pass queuing…’ cars were great, organisation less so. Very limited photos, and a lot of hanging about in the open. Difficult to make it into an experience day.

Might write up a more detailed review. Basic way I would see it, great to have it as day out as a present from someone… wouldn’t consider paying for it.

Favourite car was the McLaren… Most enjoyable power and usability but think the Ferrari instructor was holding back. Lambo great but too heavy and didn’t make as much use.

Surprise of the day was the bmwi8 in electric mode. Great electric car and the engine soundtrack through speakers makes it fun.

However if you want thrills, just buy a bike for a 20th of the price