£3.50 stealth tax for driving in London!

Shoreditch born and bred and TfL are proposing to relieve me of £3.50 from my pension by way of a stealth tax each time I ride or drive into London, outrageous! We’ve had LEZ charges, Congestion Charging, ULEZ charges, extended ULEZ boundary, a £2.50 stealth tax in the wings to use the Blackwall Tunnel and now this nonsense… 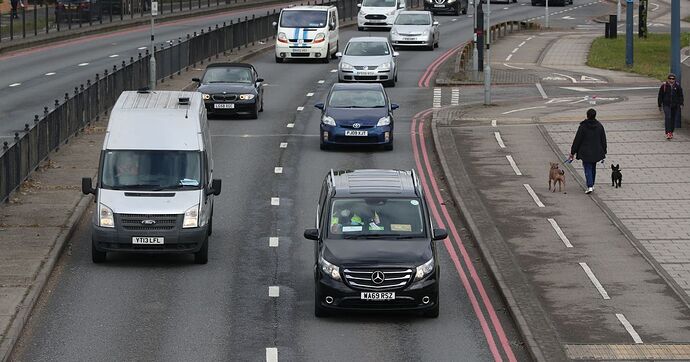 London's plans for new £3.50 driving charge that no one knows about

Should non-Londoners be charged to get into the capital?

If I was a gambling man I’d wager somewhere in bowels of TfL’s finance committee rooms there lay a proposal to tax the polluted air that we breath.

For those who missed news of the £2.50 stealth tax for the Blackwall Tunnel and other Thames River crossings… 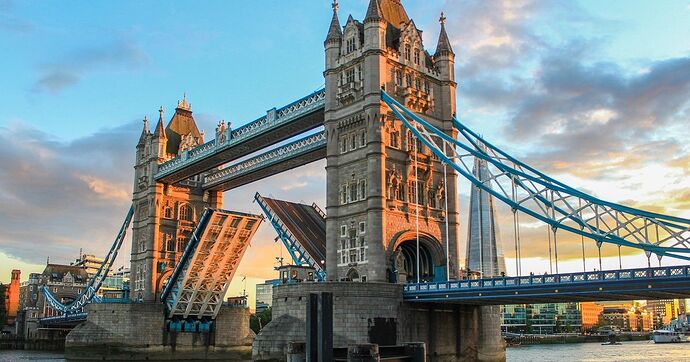 You will have to pay to drive through the Blackwall Tunnel soon... and more tolls could come!

Presumably this would exclude bikes though, right, right?

During Covid when TFL had no money, they got money from central government, so long as TFL could show how they would improve income, this is where the stories of expanding CC to north circ came from. TFL are doing just that again now, so I’d imagine that what this is.

Incidentally the cc expansion was pushed onto TFL by Bojo just before the mayoral elections, seemingly in a way to get a Tory mayor in.

@Boris Let’s hope its all bark and no bite then.

TfL is unique in the world in that it is passenger fares which make up the lion’s share of income. All other networks around the world are subsidised.

TfL administer something like 5% of London’s roads but they take 30% of the traffic - therefore they are the most expensive roads to maintain. At the moment it is Tube and bus passengers that pay for the upkeep of these roads.

We are all the victims of a political war between the Tories and Labour. Johnson removed subsidies when he was mayor and won’t give them back. HMG forced TfL to expand the ULEZ because, I suppose, they thought it would make Khan unpopular. That might yet backfire, after people like me grudgingly changed vehicles (motorbike in my case) we are all experiencing the benefit of cleaner air. It might yet make Khan more popular.

I don’t know how this is going to play out but TfL have cancelled loads of intended works, are shedding staff, and there is talk of part closures of various Tube lines.

It’s going to get very ugly. 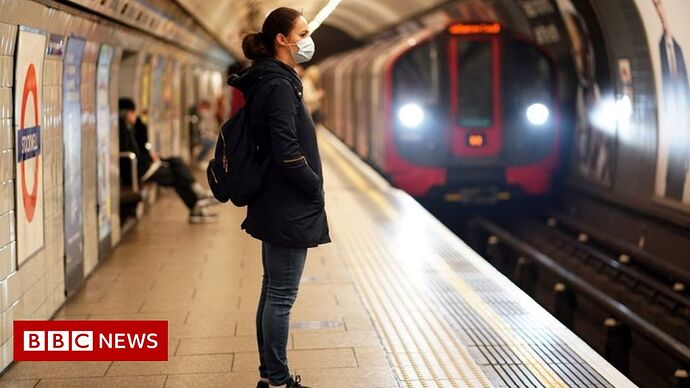 Why Transport for London's finances are far from healthy

The prime minister and London's mayor have clashed over TfL's finances. What is the bigger picture? 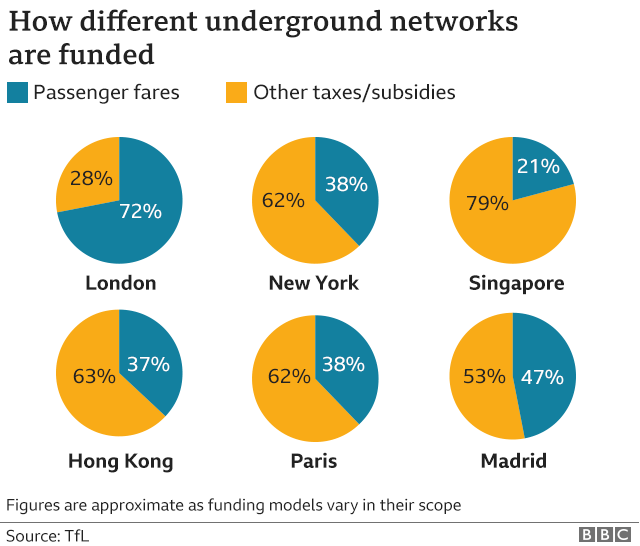 It is not exactly a charge no one knows about, given it was all over the news last year when Khan and Shapps were negotiating rescuing TfL when passenger revenue collapsed during to the lockdown. And is still only a possibility and not even a proposal despite the scaremongering headline.

Mainly it is a negotiating tactic, because politically it will hurt the government far more than the Mayor. Although that news story seems somewhat biased in not giving the reason why this is being touted.

The government has previously said that money raised from vehicle excise duty will be used to fund road building and improvements. The majority of this would be through National Highways (the latest rebranding of Highways Highways England who used to be the Highways Agency) but there will also be grants to council schemes.

So nothing would go to TfL to fund the strategic roads in London, though I believe London councils could still make bids for their roads. Which the Mayor says is unfair; that the taxes of those who live in London will pay towards road improvements for everyone else but London’s roads will see virtually no funding from V.E.D.

So the Mayor’s position is that the government should give the taxes raised from residents living in London to TfL to spend on roads in London. The government’s position is you get nothing. So the fee is suggested as a way of London getting it’s share. If people in the rest of the country are getting their roads funded by Londoners then London should be able to get its roads funded by those in the rest of the country.

As for the Blackwall Tunnel, that was always going to be tolled anyway, including for motorcycles.

Part of the plans for the Silvertown Tunnel would be that both it and Blackwall would be tolled both to cover construction and restrict induced demand. Those tolls included for motorcycles.

The consultation had the fee as being £2 peak or £1 off-peak for account holders during charging hours of 6am – 10pm. This compares to £3 and £1 for cars. Non-account holders would be a flat rate of £3 (or £4 for cars).

As that consultation took place in 2015, you can probably add a £1 onto them all.

Unfortunately TfL scrapped their consultations site. The documents are available on the project page, though they do not include the consultation responses. But at least in the preliminary 2014 consultation there were not many asking for motorcycles to be exempt from the charge.

As for tolling all Thames crossings, it is probably unavoidable for the reasons Michael748 says. A lot of that infrastructure and the Westway need extensive repairs or upkeep and there is just no money for it. None of them were built for the volume or weight of modern vehicles, as well as those that are being extended beyond their natural lives. It has to be funded somehow other wise it will end up in the same situation as Hammersmith Bridge.

[quote=“Boris, post:4, topic:112841”]
During Covid when TFL had no money, they got money from central government, so long as TFL could show how they would improve income, this is where the stories of expanding CC to north circ came from.[/quote]

HMG forced TfL to expand the ULEZ because, I suppose, they thought it would make Khan unpopular.

The consultation on expanding the ULEZ to the circulars was launched 2017, something Khan said he would do in his 2016 election manifesto. That consultation even proposed the start date as being October 25th, 2021.

Covid has not been around that long! Sorry but none of that is true. All the government required of TfL, as part of is funding package last year, was for its to keep doing what it was already planning to do.

Maintains commitment to the decision made by the Mayor on 6 June 2018 to create a single larger ULEZ bounded by the North Circular and South Circular Roads with the extension coming into effect as planned on 25 October 2021.

And it was hardly going to be a vote loser when it has already been part of the manifesto of one election victory, and largely supported in a consultation. But locally in inner London it seems to be very well supported, because people seem to like breathing, And most of all because it only affects a minority of vehicles on the road. The places most likely to oppose it are the outer Essex and Kent boroughs who vote Tory anyway.

I’m Kent and not a Tory!

The irony here is I moved out of London because I could not afford to buy here and now it is starting to look like I might have to consider moving jobs as well for similar reasons.

Should something like this get the green light, with the current fuel costs, bike maintenance, parking cost which start next year with this on top would make my job untenable from a financial perspective.

Might be something to do with people in inner London can afford ULEZ vehicles and/or don’t drive very much if at all.

The consultation on expanding the ULEZ to the circulars was launched 2017, something Khan said he would do in his 2016 election manifesto. That consultation even proposed the start date as being October 25th, 2021.

Covid has not been around that long! Sorry but none of that is true. All the government required of TfL, as part of is funding package last year, was for its to keep doing what it was already planning to do.

I was referring to the congestion charge expansion (that was scrapped), not ULEZ.
From when ULEZ came in i thought it was obvious that it will get larger and more stringent (though only the larger part of that has happened so far afaik)

Aside from diesels, the majority of vehicles are ulez compliant.

Bikes have to be over 14 now, which is older then most bikes on the road, petrol cars are similar age, but I’m not sure what exactly.

Sure many people have a car/bike older then that, but its far from the majority.

Sorry @Boris, I misread it.

I’m Kent and not a Tory!

I mean the Kent boroughs in outer London: Bexley and Bromley. In the first mayoral election in 2000 they were one of only two areas, with West Central, to vote Tory. With the exception of the Thamesmead M.P. they vote Tory for everything.

Might be something to do with people in inner London can afford ULEZ vehicles and/or don’t drive very much if at all.

Precisely! The idea it would be a vote loser is bizarre.

Although it has little to do with affordability, some of the most deprive areas in the country are in inner London and are hardly car free zones. The cut off is long enough that even cheap second hand cars will qualify. Petrol cars since 2006, bikes since 2007, and diesel cars since 2015 do not have to pay.

Seems like motorists have been too compliant and left Tfl even skinter lol. 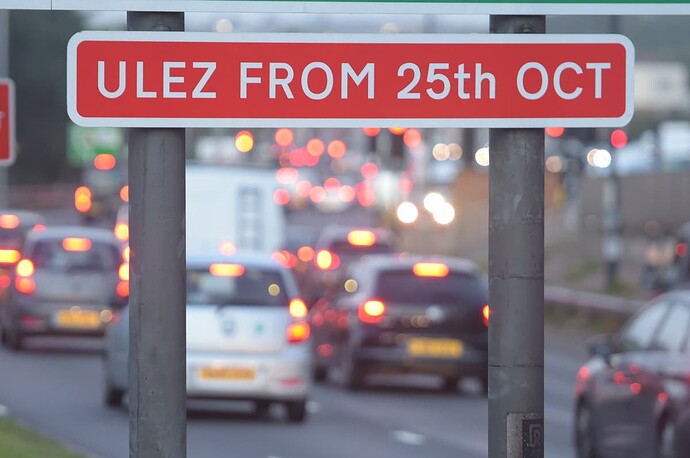 Transport for London expects to earn £600m less than it hoped from the ultra-low emission zone because drivers have switched to cleaner vehicles more quickly than expected, it can be revealed.

You would have to be very silly not to upgrade if you commute regularly. I used to have a 21year old car which I loved but no way am I lining their pockets.

Want to swim at the lido, coffee in Highgate? We no longer take Nicole’s 8 year old 1.4 litre Juke and instead go in my 2.2 litre diesel van or 1800cc bike. Nicole bought an old Citroën second car for her daughter and her to use locally. Friends have gotten rid of older but barely used non compliant cars and are buying new cars to replace them - terrible for the planet.

The whole thing, shamefully, is a tax grab masquerading as a push for clean air. The emissions regs were changed years ago as ‘Euro numbers’ were upgraded for vehicles to achieve. This alone is sufficient and most cars would eventually time out. Khan’s radio ads say 4 out of 5 cars already comply (before the ULEZ implementation). So loads of people find they are forced to spend on cars that they will hardly use.

And anyway, how clean is clean? What are we aiming for in terms of air cleanliness?