New Ninja 250R with hanges are made to pistons, cylinders, crank cases, etc., the main part of the engine. Theres a new frame, new suspension, and wider tires. The baby ninja also get a revised look (a’la Z10R) and a new instrument panel 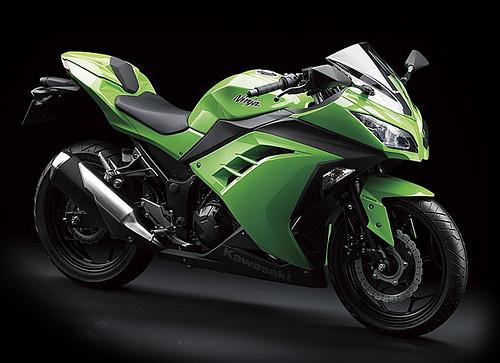 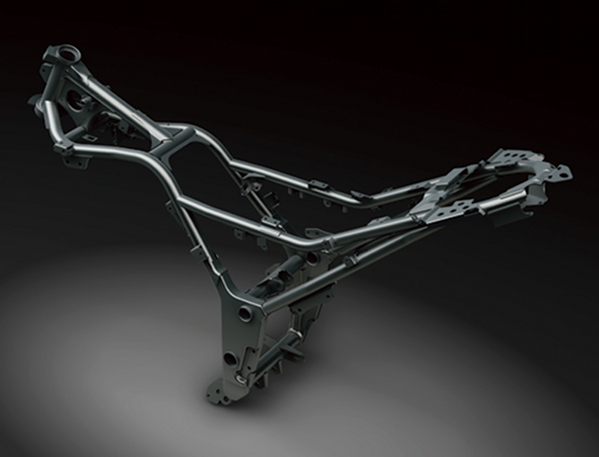 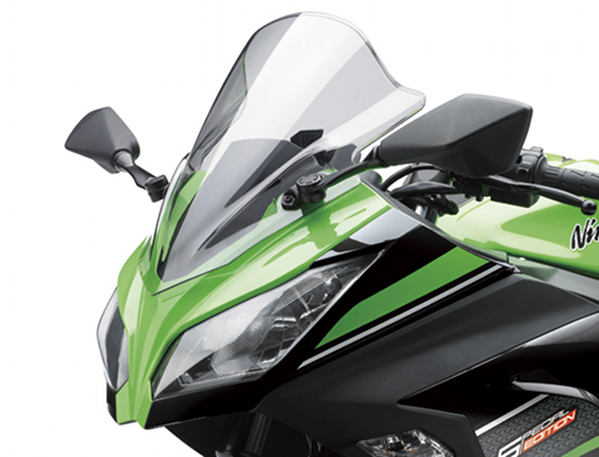 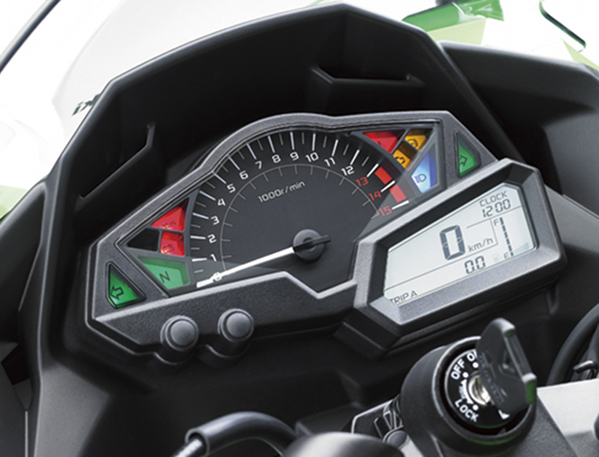 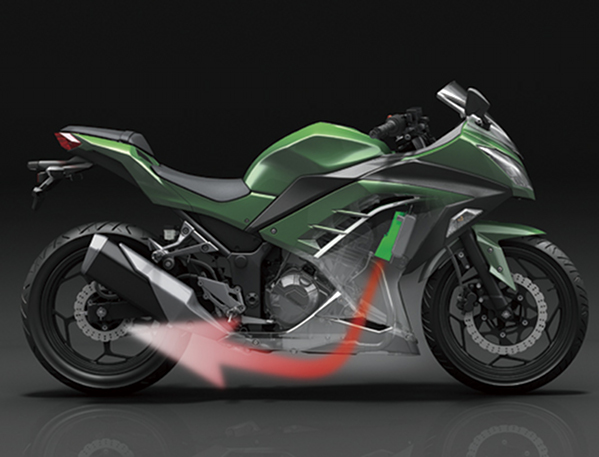 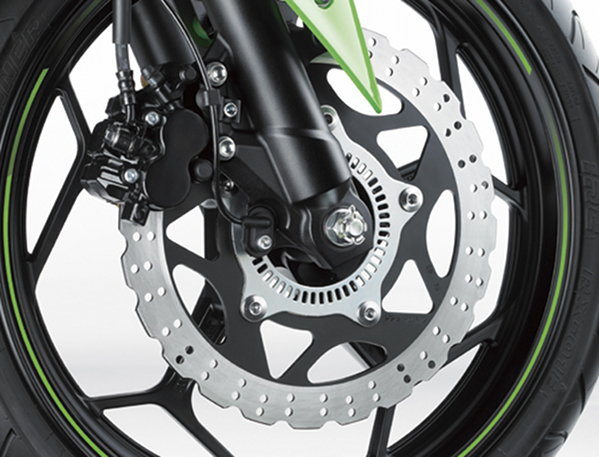 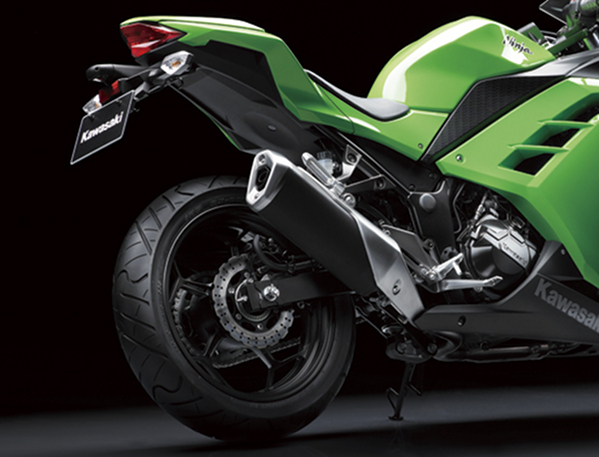 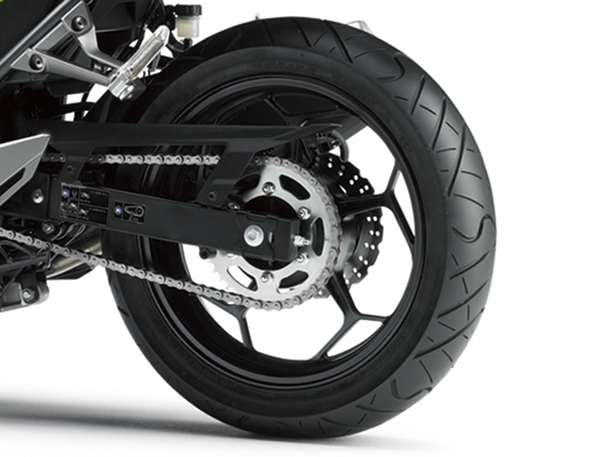 “Debut full sports fairing with a parallel twin engine, the Ninja 250. Appearance as well as more heavily laid out the individuality of the Ninja, Ninja 250 has undergone a significant evolution in terms of its run.”

“New pistons, cylinders, crank cases, etc., the main part of the engine. Got a new frame motion performance change, new suspension, and wide tires and the body, even surpass the predecessor.”

“In addition, the heat management technology and the newly introduced reduction of vibration, achieve a comfortable ride quality.”

“The attention to design detail extends to the machine, we realized a high quality feel bring joy to own.”

“In model year 2013, as well as adopted the cylinder plating sleeveless incorporating the process die-cast aluminum, and oil pan large piston anodized crank arms and the case a new, enhanced cooling performance In addition, the revamped many of the key components engine was. This compared with the previous model, the torque is increased at low to medium speed rotation region, became a powerful engine and sporty worthy of the name of Ninja.”

“To get the full engine performance was enhanced, diamond frame has evolved further. In addition to changing the shape of the main frame was revised rigidity balance by adopting a (high-tensile steel) high-tensile steel sill. Such as rubber and mount the part of the engine mount, stuck in the quality of driving in order to reduce the vibration. In addition, according to a new frame, change the settings for the front and rear suspension. Sense of stability of the body was firm and when riding sport is intact, that enhance the agile handling and comfortable ride.”

“Equipment to be adopted, such as high performance super sports model to model, the dual throttle valve. By precise control over the air intake, to achieve linear response across the rpm range, natural whole, to contribute to improved performance by increasing combustion efficiency. In addition, also contributes to improved fuel efficiency.”

“New equipment at the bottom of the engine dissipate heat that passes through the radiator, adopt the fan cover. Part of the rider to reduce the temperature rise, such as touch tanks and frame, to minimize the heat rise Standing around the cockpit. When stopping, regardless of when traveling, to achieve excellent exhaust heat effect. In addition, by adopting silencer cover, such as to minimize the opening of the side cowl and efficiently discharge heat to stay in the cowl, the heat damage to the passenger, in situations such as road congestion and summer riding , which greatly enhances the comfort.”

“Equipped with a petal disk is high heat dissipation, be adopted by super sports model. In combination with 2-piston caliper, has achieved a high braking power and control.
In addition, in the 250cc class and the first set the ABS model Kawasaki. That was adopted to enable precise fluid pressure control, the control unit of the world’s smallest latest, have achieved a natural feeling of operation.”
“Adoption feel the high quality of the latest technologies and common to Ninja series, a new instrument panel design asymmetrical. Analog-style tachometer and excellent visibility intuitive, speed, odometer, trip meter, such as digital display on the LCD panel. In addition, be equipped with fuel gauge and clock support, a more economic driving, riding and economical indicators.”

“Correspond to the performance of the engine up, over a wide rear tires. 140mm and 130mm by from traditional, straight-line stability is improved. High quality to suit the wider adoption of the tire, the image of a Ninja ZX-14R, a 10-spoke wheels of the new design variants.”

“As Ninja ZX-6R Ninja ZX-10R and the Super Sport model, which adopted the fuel tank was allowed to form an upper surface with a forward tilt to the left and right inflection in the overhang. By providing the contact surface to the inside of the arm and the tank and has been easy to feel run in aid of such circuit, the chassis feedback.”