Your worst ride out

Keep it short. Post a pic. Your worst ride out?

Getting caught in a snow storm. I genuinely didn’t think I would make it home. Carried on riding (stupidly in hindsight) and kept it shiny side up. No idea how.

My first trip to brighton. Didn’t know routes at all… went all the way on A23, in middle of heatwave. Stuck in horrendous traffic

It was so shit it didn’t deserve a pic

My first ride to France on my Fazer 600, the ride there was ok, the ride back however early December, set off for the ferry at 9am thermometer reading -3 and a four hour motorway ride ahead of me. Miserable doesn’t even begin to cover it.

My worst days riding ever I can’t remember but I do remember it was better then my best day in the office.

Ride back from Cornwall with the missus on the back. Rained all way to West London!
we had to stop every few hours at a little chef to get some tea and warm up.

We got a car the next year!

Oooh actually that reminded me…the ride back from the IoM.

After a hugely soggy IoM we got off the ferry. We were already fatigued by bad weather. The moment we got outside Liverpool, the heavens opened. All the way to London…

I was on goretex and soaked. Poor Jamie in leathers and a cheap waterproof jacket (like the ones you carry with you)…

I remember collapsing in bed and two days later I had to go for a one day trip to Amsterdam for a client debrief… That I found out the next day, waking up from that ride

Well, leaving out ones where people have crashed to keep this light, my personal worst was about 16 years ago when I went out for a ride with friends on my GSX-R 750 K4 around Aylesbury, had a great time, we stopped at some roundabouts for, er a break and the very same moment the alarm on my bike engaged I had this sinking feeling I didn’t have my alarm fob on me any more.

So yep, at the last fuel station I had failed to zip my pocket back up and the alarm fob had been sucked out into the road at some point after, so the bike was now totally immobilised, miles from home.

I had to call for recovery and then a week later Rod (DRZ Rod!) came round my house and with his canny electrical skills, ripped the alarm out so I could ride again. 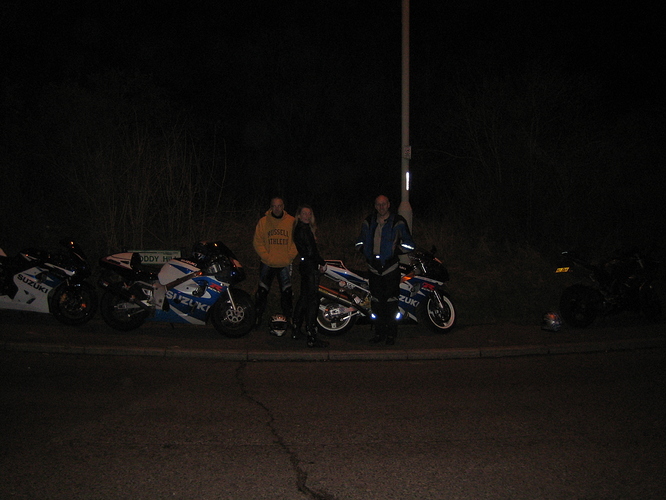 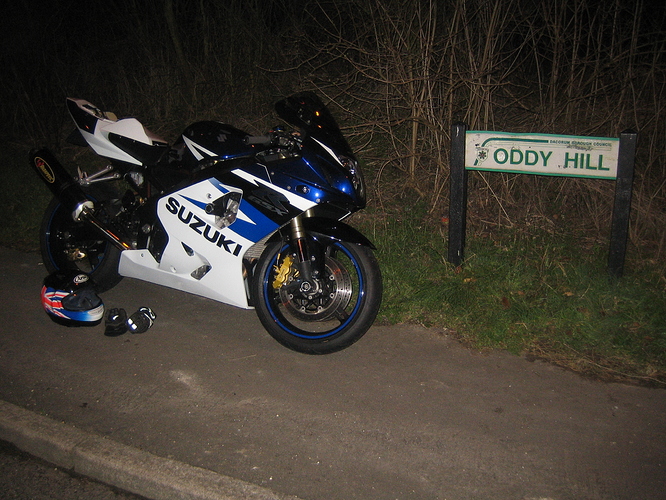 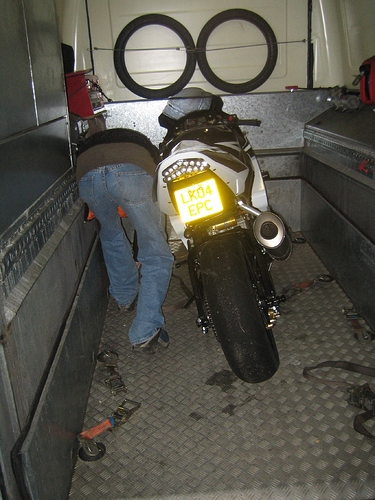 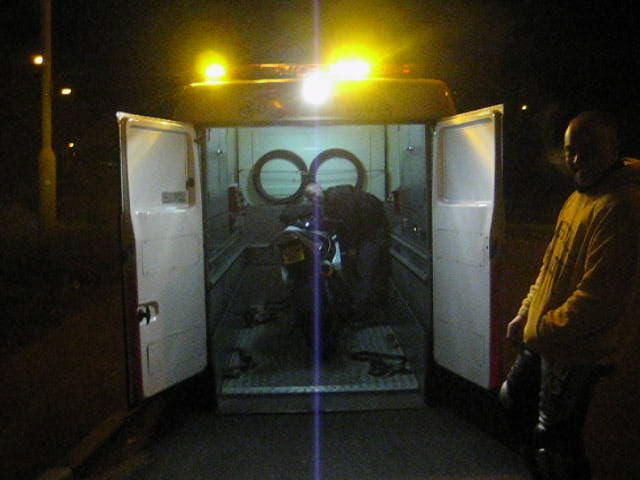 Haha @Jay that is truly awful. Something which you can laugh about afterwards but defo not at the time.

Small world. I work near Aylesbury. I’m sure we may cross paths at some point!

Silverstone MotoGP 2018. 3 days camping in soggy conditions to have race called off. So after packing up the tent etc, getting in traffic all annoyed having to ride 2 hours in drenching rain with the leathers soaked, freezing cold and just miserable.

And to top it off my bedroll came loose and suddenly started flapping around on the pillion seat looking like some banner and throwing off my balance at 100 MPH so had to pull to the hard shoulder and abandon it.

Almost gave up on naked bikes that day,

Oh that’s a horrible one. Not much worse than a cold and wet ride, especially for no reason.

About 8yrs ago, had to go Bristol for work. Got there did what I needed to do, left about 4pm. Low fuel, just managed to get to petrol station (cut out just as I pulled into the forecourt). Chucking with rain on the motorway home horrid knocking could not find the issue so had to ride super slow.

Headed for sister-in-laws as closer going down a country road, soaked through very nearly lost it on some mud.

Had to leave the bike at my sister-in-laws until I could get back to fix and got home about midnight.

July 2008 I was feeling spontaneous so booked a Eurotunnel at 22:00 that day to ride to my parents house in The Netherlands. Had done it before during the day and previously it had been a breeze. Figured I’d sit at 90 and get there for about 2:30 am (optimistic). Got to France about midnight and it started raining heavily. In those days I wasn’t smart enough to stop and get a hotel. Got home at 6am soaked and zombified having sat at 50 all night on my CB500. Put it down to experience and thought the return leg will be great though so a week later set off at 10 am back to the UK. Got into France and the heavens opened. Even worse when I got to the UK. Then aquaplaned on the A20 and slid down the road. Managed to compose myself (well about 40% composed) then rode the remaining 90 minutes soaked, battered and bruised through central London with an errant mirror spinning around on its fixing. That wasnt one of my better biking days or trips.

Probably a work commute to visit GSK at Stevenage one winter few years ago. Started out early-ish, had to be there for 9am and knew they’d be half hour of checking in. Central London didn’t seem that bad weather wise, just a spot chilly, so rugged up, had my heated gloves, figured I’d be fine. But once out of London, it was much colder, A1 was very frosty, spotting with snow, traffic slowed to a crawl, I just crawled along trying to stay in the tracks of cars in front. Then the traffic ground to a halt, I continued filtering down middle, of lanes, but all fresh snow on icy roads and white lines… Then I think one of the cables in my gloves started playing up, so I had one cold hand… Very slowly, I got to GSK, creeped around several round abouts, parked up and did my job.

Came out at 5:30pm, it was still super cold, dark and found my key wouldn’t turn in the bike’s ignition… Spent about half hour trying to warm things up, wiggling it, being super careful not to bust the key or anything. Eventually got things going and then faced a cold ride back to London. Could have gone a lot worse, but it definitely wasn’t fun.

option 1. kawasaki er5, riding to bristol from london for xmas with the family. had snow sleet and rain all the way. gloves weren’t waterproof, just soaked up all the moisture. I actually cried from relief when I arrived.
option 2. fazer 600, addison lee driver U turned across me in camden on my way home from BM. bent the forks and mashed my nuts into the tank. 45 mins to get home in a lot of pain.
option 3. took my mates to France for some nice roads and ww2 sites. Chucked it down the whole first day, everyone was miserable. Bonus pic for emphasis. 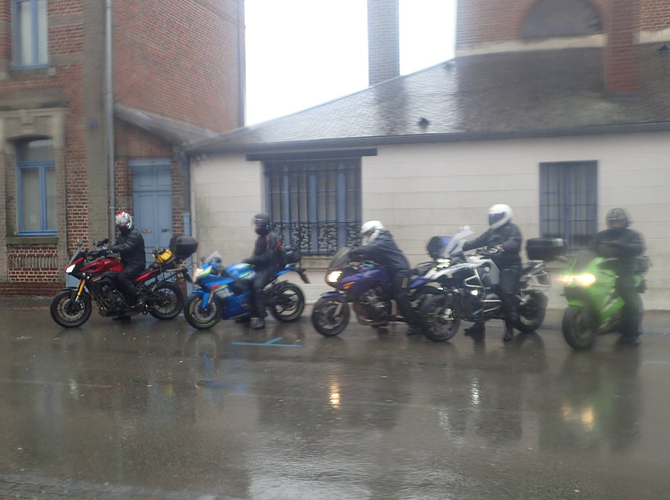 Weather wise - was a 7 hour run back to Calais from near Le Mans with Pimlico and Rob when it rained the whole way.

We got to Eurotunnel and I opted for some queue non too subtle jumping - just rode to the front of a long queue and put my wheel in front of the front car. Bloke gets out of car and Pimlico holds back expecting a full on row. Moments later bloke gets back in car and we both jump queue to the check in.

Later Pimlico asked what I said. I recounted:

“Mate, I’d be p*ssed off if someone queue jumped like that but I have been sat if this fcking rain for 7 hours and there is nothing you can say to me that will make me give a fck. I just want to get home, get these clothes off and get dry and soon as I can”

Bloke said “Fair enough” and then waved us through

Up in remote part of Picos mountains on old small bike, night was falling and the mist came down big time. Could see practically nothing and just hear cow bells all around. Eventually emerged unscathed but won’t forget that in a hurry.

It was Fat Kathy

Some of these stories are brilliantly bad.

My worst ride was July 21st 2007. A friend was getting married outside Telford on what turned out to be some of the worst weather the country had seen in a long time.

I took a half day on the Friday to ride up, and back then I never paid close attention to the weather forecasts (boy did that change after this weekend), but I still packed my textile trousers just in case as it was a several hours and 150 miles of riding. I’d past Stokenchurch on the M40 and just past the top of the ridge and was looking across the view only to see nothing but black on the horizon.

I pulled over on to the hard shoulder, took of my boots and changed into my textiles. Five miles later the rain started, 10 miles after Oxford I started filtering through traffic. I filtered through traffic for miles after miles, for hours. It wasn’t till after Birmingham that I finally cleared the traffic, but it was still raining. I arrived at the hotel at 20:00 having left work which at the time was Hanger Lane at 12:00. Utterly miserable journey.

Still one guy and his fiance left Bournemouth late Friday afternoon, got stuck with lots of people on the M5 missed the wedding, most of the reception and finally arrived more than 24 hours after he set off! 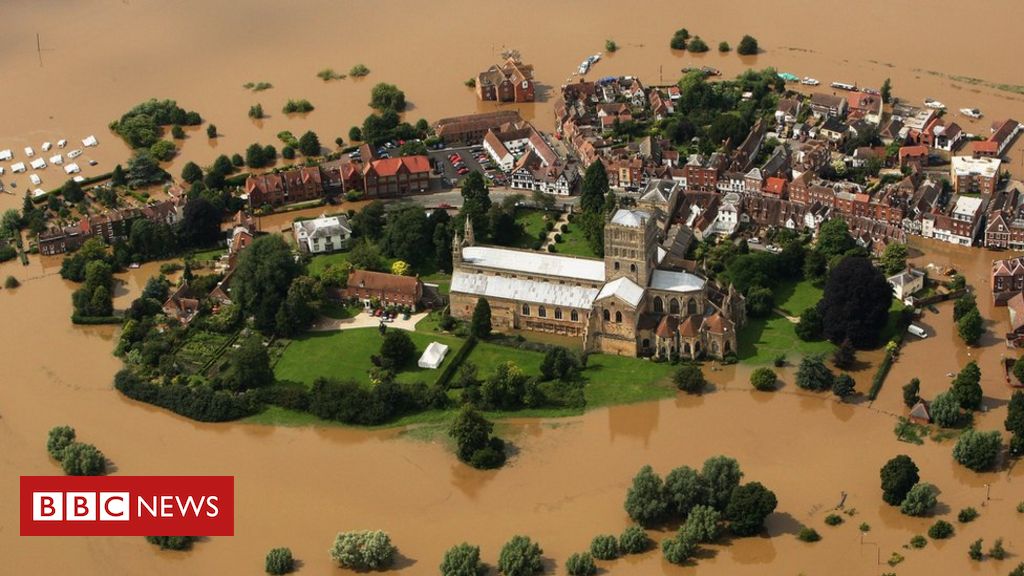 The wettest summer on record

Victims of the 2007 summer floods share their memories a decade on.

Hundreds of motorway drivers have been stranded in their cars overnight as torrential rain closed roads and caused traffic chaos in southern Britain.

A series of large floods occurred in parts of the United Kingdom during the summer of 2007. The worst of the flooding occurred across Scotland on 14 June; East Yorkshire and the Midlands on 15 June; Yorkshire, the Midlands, Gloucestershire, Herefordshire and Worcestershire on 25 June; and Gloucestershire, Herefordshire, Worcestershire, Oxfordshire, Berkshire and South Wales on 28 July 2007. June was one of the wettest months on record in Britain (see List of weather records). Average rainfall...

Was the spot when I remember once I couldn’t see a car in front, looked in my mirrors, nothing. Then suddenly a lambo passed me like I was stopped even though I wasn’t exactly going in a manner of someone wanting to keep his licence!

I also remember that year’s rains. I was finishing my master’s dissertation and the rains caused flooding in Cheltenham which caused us not to have water for a week or so