As @Jay has alluded, we are pulling together a newsletter to let everyone know, new and old, that LondonBikers has had a face lift. And that we hope to see them back on the forum soon.

We’ve had lovely conversations with a few of the members to ask them about their time and experience using LB now versus back then. Thanks to all who took the time to share their stories.

What is uniquely wonderful about LB is that the community has always just been the foundation… a springboard for you guys to kind of do with it as you will. Create groups, make friends, plan trips, talk bs, meet future partners… you name it, you’ve done it.

The stories that LB has been a part of far and wide are amazing. And whilst we know of some great ones, I’m certain there are little gems that we don’t know of or may have forgotten over the years.

So what’s your favourite LB story? We’d love to hear from you.

Gazeb… no forget it that won’t be what you were thinking of.

I was gonna go with Gazebogate too.

This one time at LB camp…

There’s lots of odd stories but they were participated by a small number of people and not everyone would know about them. Like Westie getting his bike impounded in France, Manwhore getting pulled over in Wales for a small plate, Tug’s backpack, the OMC starting up, Puppy’s memorial ride, Alex Gold losing his bike keys, etc etc.

That’s guys graduation everyone rode to was great. Just see the YouTube link.

The night ride a couple of years ago organised by Plum was fun.

Fording has to be mentioned not Buttsbury Splash but Edgard taking on White Notely Ford in style! Ignoring the warning to proceed with caution because the in ramp, out ramp and concrete bottom was all extremely slippery. Edgard, new to big bikes, chose to grab a handful of throttle at the wrong time, performing a complete 360 degree turn mid ford before completely losing the plot whilst exiting on the same slippery ramp by which he entered the ford. A fine stunt that was very nearly pulled off, thankfully with no injuries to rider and only light cosmetic damage to his steed. 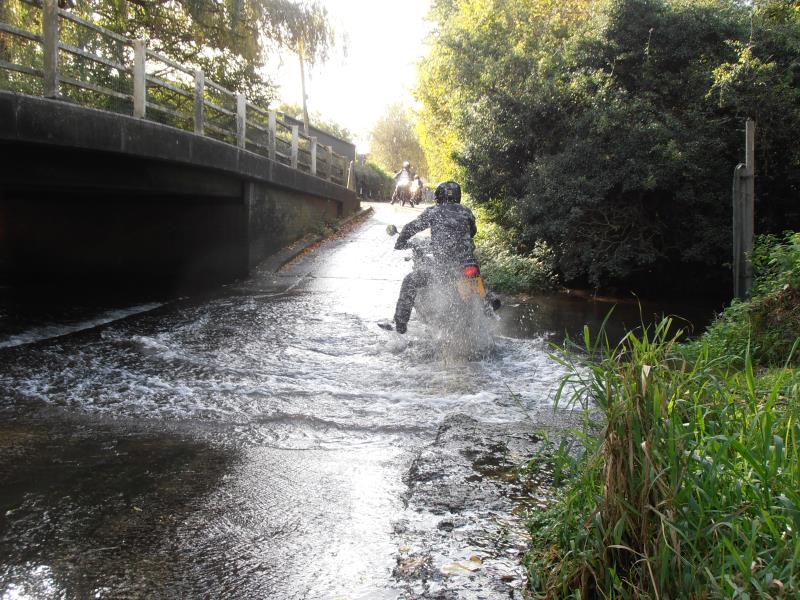 The annual LB pilgrimage to Pooh Bridge for Poohsticks! 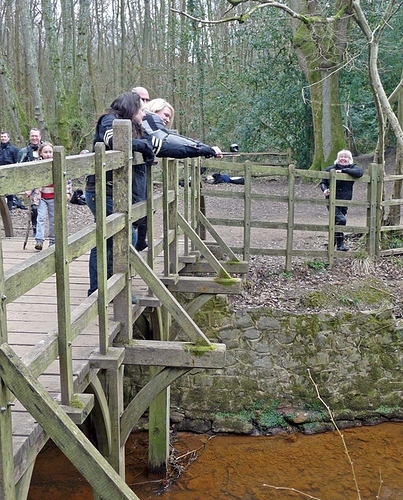 Anyone remember when Rob dropped his bike at BM? Or when Jay popped a wheelie on his GS and nearly ploughed into a bunch of us??

I believe you’re mistaken there @me_groovy. You must have me confused with someone else.

I believe you’re mistaken there @me_groovy. You must have me confused with someone else.

Nope, I remember that and Rob’s famous first visit to BM lol

When Shiver was going to paint his SV but couldn’t be asked past the base coat.
He had a nice matt grey looking bike that looked like a model of the Enterprise!

if memory serves, Kaos left without dramas after announcing he was concentrating on his career.
i remember many people taking advantage of his law knowledge and litigation skills, for free. i guess he also got fed up a bit of that.

Perhaps inadvertently reminding some of the “mighty” VFR, back in 'day we had a great trip to the IoM for some hair braiding, that was good:

Sigh, so many memories…
That IOM trip was great because Mian’s reputation for dodgy bikes got started. I remember the perennial question on the way there of ‘where’s Mian’. He started the trip breaking down at home, then at the services 2mins from his house and having to use a car to jump start. It got a bit annoying when we got to the island and the same theme continued till we got to the campsite late, past 10pm

The rest of us weren’t that great either. Stretch’s Harris was just weird all the way there, dumping coolant and constantly overheating. My gsr kept stalling, Jaime realised his swingarm nut was hand tight after ragging it round the island. I hit an animal of the avian variety on the way up.

Matt was doing some.silly numbers on his Gixxer.

Really, how we made it home alive from one of the wettest TTs (cancelled seniors), I have no idea.

On the ride back it poured from Liverpool to London and Jaime had no waterproofs.

We could have killed each other at those service stops when I had to stop to restrap my helmet or glove or sth.

Theother trip that will always be in me memory was the Trip to lake District the jets took us. Everyday some amazing roads and some that I hated because they were so gravel/grassy… Getting stuck in the sand after doing a fake burnout for the laughs… And I think at some point I pulled over and Matt was hopping about because he got a wasp/bee in his leathers! I have those photos somewhere, but it’s been so long. The ride home was agony as we came the long (c11hrs I think) way back… I think my ass still hurts from that time.in the gsr saddle!