Stolen this afternoon at around 1.30 pm near Aldgate East station.
I had only popped in for half an hour and was gone when I got back. Parked in a motorcycle bay at Old Castle Street.

I have a strong suspicion its the kids from the estates around. I have given the licence plate number to the police but doubt they can pursue it without evidence. Saw a couple of scooters with riders in looking at the bikes just as I was leaving.

Hope the insurance pays out the right amount. 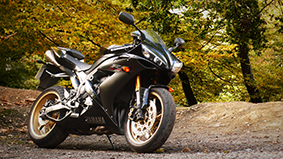 If i ever get a bike again I will be investing in the top of the range tracker. I was just looking at getting one a few days back.

I don’t have any hopes of recovery but please do keep an eye out for it. 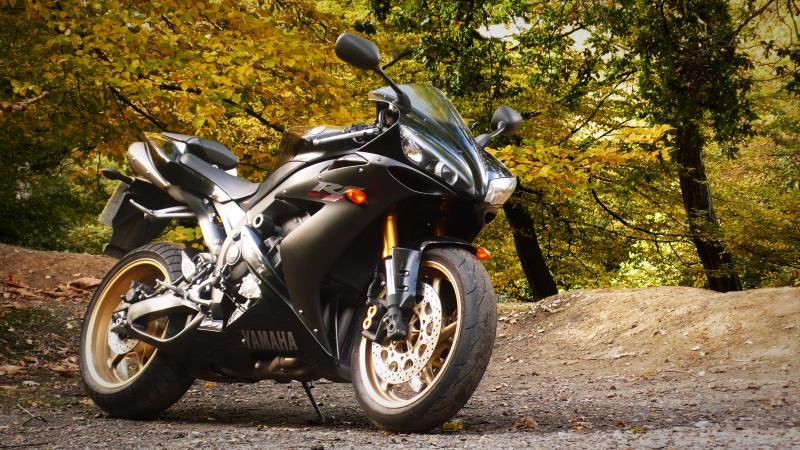 Crap news!! Might be worth having a look around close by. They might expect it to have a tracker and have parked it up on a estate or another bike bay.

just got back from looking around. nothing :crying:

C**ts… I’d rip their arms out if I caught them. Scum of this earth because of whom we have to pay extortionate insurance premiums.

Keep looking, increase your search radius. Look into more secluded areas and backyards. I know it’s easy to say but I guess that’s your best chance. And definitely get a tracker. PM me if you want more info about them, I have some experience.

I just checked my insurance if I was to get a new sports bike. The cheapest was £1900 for third party and theft only.
What kind of premiums do people pay once their bikes are stolen?

Is it time to give up biking?

C**ts… I’d rip their arms out if I caught them. Scum of this earth because of whom we have to pay extortionate insurance premiums.

Keep looking, increase your search radius. Look into more secluded areas and backyards. I know it’s easy to say but I guess that’s your best chance. And definitely get a tracker. PM me if you want more info about them, I have some experience.

If I decide to get a new bike which at this point in time I think is very unlikely, I will get in touch with you.

My bike got stolen three weeks ago, a 2012 street triple r, i bought another one last Sunday, a 2012 street triple no r, my insurance changed the policy form one bike to the next for £51 (waived £30 admin fee cos they made a cock up). They are Bennetts. I am still waiting to hear from them paying for the stolen one, hopefully in the next few days…

Yeah El gafas is right. If you have an existing policy they will just transfer it to a new bike for the remainder of the contract. Sadly when you go to renew you will get hit with higher premiums.

Typically if there are no extra endorsements on your license and the storage conditions remain the same you can expect at least a 50% increase on your previous premium. I’ve dropped down to 3rd party for a year (had my first bike stolen 5 days after I bought it) and I’m paying the same as I did for the previous year’s fully comp policy.

Thanks El Gafas and Jarrod. You guys were lucky your premiums didnt change much. My insurance has gone up 10 fold.

Just an update to this thread. The bike has now been recovered. The insurance had paid out so they now own the bike.
In a separate thread I have asked whether I will be able to buy it back from the insurers as i think the bike is still in good condition.

I hate to sound unsympathetic (I am, I’ve had three stolen), but why are people still parking very expensive superbikes on the streets of London with no protection? No tracker? No fookin chance of getting it back, sorry!

Best of luck with the insurance. Hope it doesn’t sting too badly.

Jay, we already pay shitloads of taxes and they only seem to spend them on fucking cycle highways around that area when a few hipsters get crushed by HGV. I should be able to leave the bike wherever I want with some peace of mind, why do we have so many cameras for? I live around there and it’s a disgrace the state of the area, full of shit on the pavement, thieving scumbags, junkies, terrible traffic, drug dealers, you name it… I can’t wait til they finish those expensive apartment building so the rents go off the roof and the lazy pricks around there have to move far far away.

As valid a point as that is, it doesn’t change the situation. Dozens of bikes are stolen every day in London. Please don’t make your bike the most attractive one on their list.

I also don’t believe gentrification of an area (i.e. pricing it out of reach from normal folk) will solve matters. The area will just be rich pickings for the tea leaves who’ll then be commuting into the area to continue with their profession.

Yes, it is crap that you can’t leave anything unchained and secured to the hilt any more. Yes, it is crazy that in a city with more surveillance than pretty much anywhere else on the planet, crime is still rife. But until Police funding rises dramatically and bikes become much harder to pinch and tougher to shift on, then this state of affairs will not improve. Until then, always use the biggest feck-off chain you can and wrap it around something immoveable, every time. It won’t stop all, but it’s about the best we can do.

I’m affraid i agree with Jay, Although it is really not on what happened and i really feel for you and don’t want to sound unsympathetic, but it is a very sad side to our Hobby, If you own a nice bike (Which your R1 was/Is) then regardless how long you leave it unattended in whatever area you need to lock it if it isn’t in view, if it was chained or even disc locked it is a visual deterant and opportunist thieves will leave it well alone as anything that takes longer than 30 seconds for them to break the steering lock and roll it out is not worth the risk to them, so your 5 minute detour from the bike would’ve been fine had it had some kind of visual deterant on it. But…On the other hand, no ammount of security (be-it chain/tracker/body gaurd etc) will stop the proffesional thief taking your bike, if the bike is ear marked by these guys then unfortunately it is inevitable it is going to be stolen and i have stopped worrying about those guys. its the opportunist that worries me and that is why whenever the bike is out of sight it gets some form of lock put on it, and preferably through the swing arm and attached to a solid unmovable object

WildBoy, thanks for your understanding.
Marmablade, Jay, PaulaDe, I understand that I probably should have put a tracker on it. Its not always feasible to carry my Almax 4 chain around.
Also to entirely blame the bike owner for not putting on every possible security is a bit harsh. Its like when people blame girls for getting raped when they wear certain clothes!