I have a nearly immaculate condition petrol tank in blue. Fitted to my bike by Woodford Motorcycyles after a knock from a car from an accident, I then had them put the original back on when the claim was finalized. Therefore it was fitted and removed by a 5 star Yamaha dealer. There is a little adhesive on the out of sight areas, where the plastic panels go, and some dust on the underside. This is almost immaculate. The part number is 5VY-Y2410-30-01. The retail price for this £877.00. It is in the original Yamaha box with the soft wrapping.

My price is £600. That’s over 30% cheaper than the retail price. Cash on collection only. 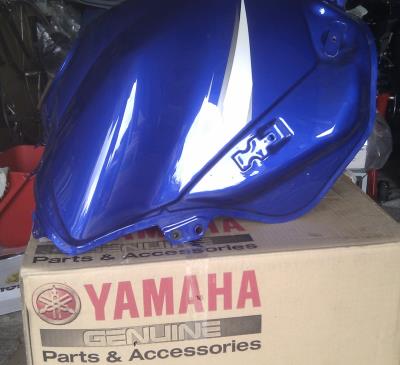 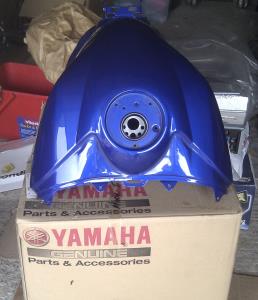 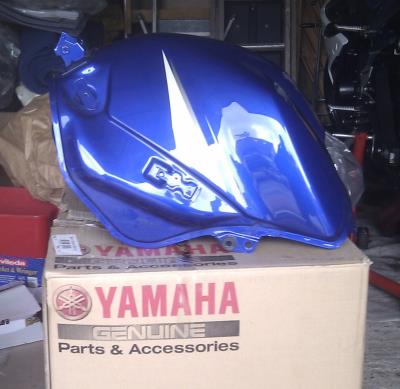 Wouldn’t Woodford make you an offer on it?

Hmmm… Now that’s an idea. But they’d probably offer me much less than their trade price though, and probably still sell it as for nearly retail. Still, it’s worth asking?