Where'd he come from 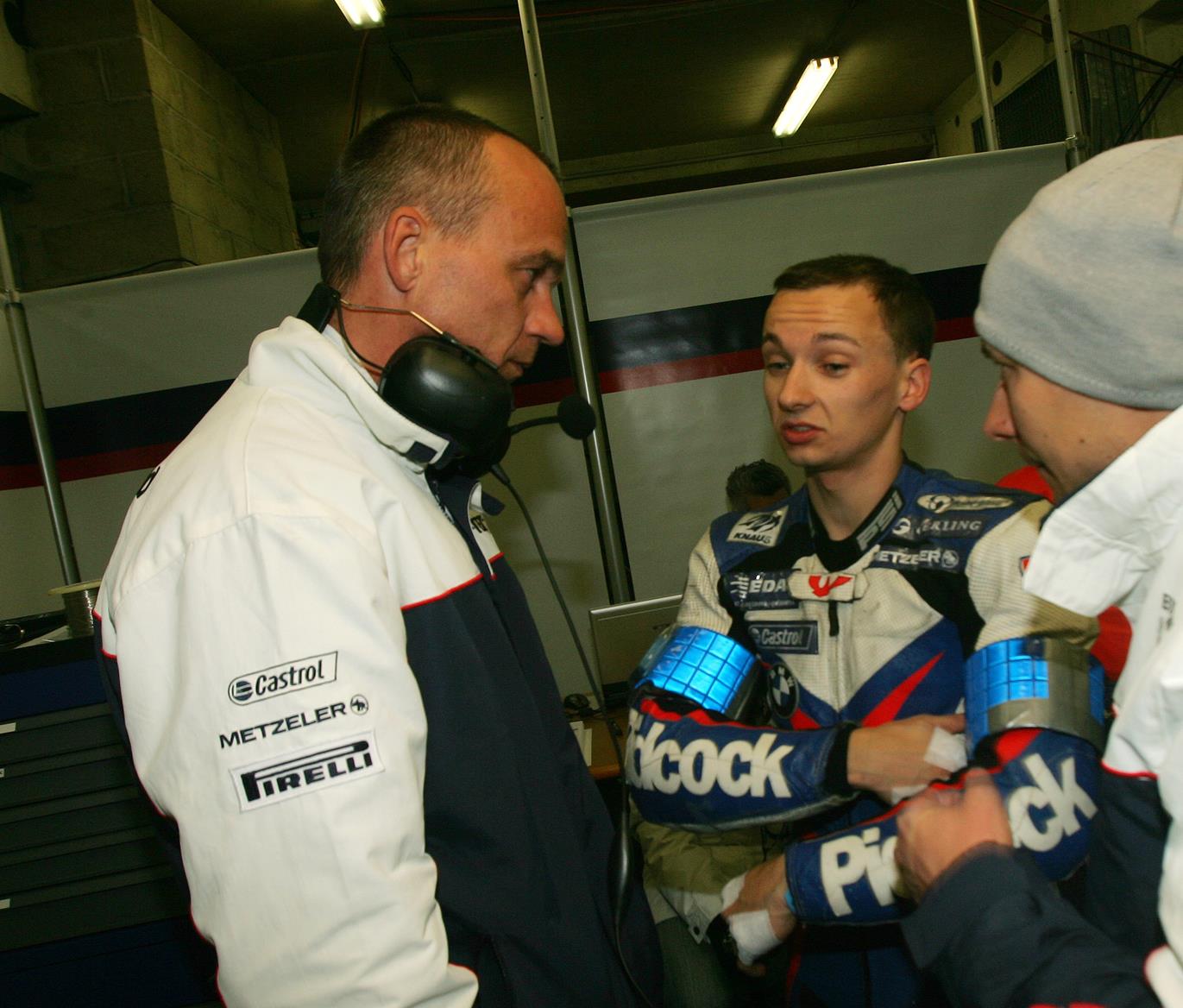 Britain’s Richard Cooper has been drafted into the factory BMW WSB squad for this weekend’s race at the Nurburgring in Germany. Twenty six year old Cooper will replace Spaniard Ruben Xaus who suffered

Is it me or is this a bit of an odd decision on BMW’s part. … don’t know much about Cooper, is he really the right man with the right experience to be given this opportunity… or are BMW just a bit off the mark here?

Personally i think its great to see a WSB team give a relatively unknown a chance to shine and reward him for his work with BMW over the past years.

I hope he does well and pray he stays on and finishes both races.

Wasn’t he the guy who gave the BSB boys a run for their money at Mallory?

I think you’re right… but to say he gave them a run for their money is a broad stroke… there are plenty of riders who’ve been at the front however fleetingly who don’t get catapulted to a World Class ride because of it… I just wondered if there was another reason to this enormous leap forward…
Don’t get me wrong, its always great to see a Brit break through into the Premier Leagues, but from BMW’s perspective… is he the right rider to be gettin the bike to the front of the grid?

He’s a big favourite of theirs after his performances in the Boxer Cup apparently. He was demo’ing the S1000rr with Troy Corser at Brands so he is clearly in with the Bavaria boys.

And he’s no slouch let me tell ya. It was indeed him mixing it with the big boys at BSB, his first time this year on a Superbike and it was one of the old Virgin Yam’s he was riding - Tommy Hill’s old bike if I remember correctly.

This is his chance and I hope the likeable wee lad makes the most of it, the machine he slings his leg over shortly will be a world away from Co-Ordit’s stock R1 he normally runs on. Zionks!

4 seconds slower than Pole is not even close unfortunately, especially in this class. I hope he has a better day sunday.

Richard was a teamate to me at Co-Ordit last year. Really nice young lad really talented. He’s been about he’s done a few seasons in european superstock 1000 and the bmw cup thing but the reason for such a strong link with BMW is down to his result at the Daytona 200 the other year i think he got 4th but that race is huge for the motorcycle market in America.

Don’t shoot him down he’s never been to that track before and was 11th in FP1 and Qual1 just struggling with the drytime pace. He could do with a year in BSB no doubts but BMW should be applauded for giving a young up and comer a chance rather than giving the ride to somebody proven but thats past there best e.g Rutter, Muggeridge. Same goes with Pramac in motogp Espargaro is a top rider and so’s his brother i applaud them for takin the gamble. Same thing happened with Carlos Checa in 500gp many moons ago whne he had done not a lot in 250 and the rest is history.