Where to buy replacement parts?

What are the recommended places to look for cheap parts?

My instrumental panel housing is somewhat worse for wear, and as it seems I need to remove it completely to replace the tacho bulb it seems a good time to consider replacing it. eBay though has panels for regular YBR models, not the custom, and most of the parts sites that come up on Google do not even list the custom model. As it is only the plastic casing (though maybe the frame too) then a salvaged panel or even a cheap Chinese replacement should be fine.

why not replace it for an aftermarket one while you’re at it? plenty of options out there for that

The clocks themselves are fine, it is just the housing that is cracked and a corner practically shaved off, so would an alternative be worth it? It would not really be a problem but for being worried about rain getting in, future resale value, and it coming about the next time I mess up.

You probably just need to keep an eye on eBay until one turns up.

Depending of how bad the cracks are, can mold some sugru around them to hold in place.

If it’s for cosmetic reasons, as others said… probably best to wait on ebay

Aye, it is just cosmetic really, so long as I keep the bike the right way up it is not going to break, plus a bit of gaffer tape helps. Oh well, not holding out much hope then but checking eBay it is.

We have a YBR 125 Custom as well which we bought second hand, with a scratch deep in the dash housing… deep enough so you could see the white plastic underneath the fake chrome and there is a slight hole.

We used this to cover it up - looks much better than gaffa tape or duct tape!! 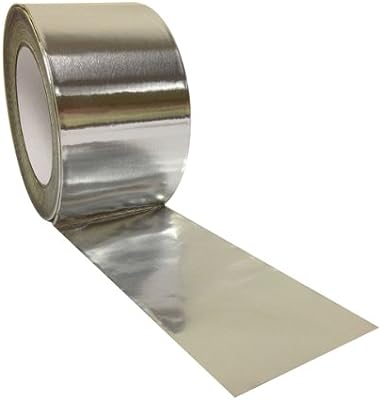 Dad runs a chippy so he has this kind of tape from using it for the extractor pipes and the like.

Other than that… it IS a matter of keeping an eye out on eBay. I’m not a fan of aftermarket and its taken me about 2-4 months of searching every few days for all the original parts I need for a headlight for my Honda CG… but its all original now and not the aftermarket crap that was originally there! For that specific part for my Honda, eBay is 90% full of aftermarket crap. Keep looking… the parts you want will turn up!!

edit: a good tip… if you see a seller with used parts on ebay, browse his other items or send them a message. he might have what you’re looking for under a different name.

Had I not scraped most of a corner of it onto the road that tape would have been perfect! As the housing just keeps the cables safe I feel okay about a cheap knock-off as the worst it can do is waste the cost, but would not risk buying aftermarket for anything functional unless well reviewed.

Will keep looking though and great tip too, thanks.

Have you looked into whether the normal YBR (not custom) clocks /housing fit the custom? They are black rather than silver but if it’s functionality and having the inside bits protected then maybe that is an option.

The custom is only a slight remodelling of the 2007 model so I doubt they would have changes the way it fitted. I had considered getting a full assembly as there were some cheap salvaged ones on eBay and they look the same, but read they were not compatible. That might just be for the lights not matching up though as the non-custom model had separate indicator lights instead of an engine one.

Never actually considered getting just a housing alone though, but I am sure it must be the same fit. I wonder if you could spray it silver? But at £16 it cannot hurt to try one regardless, and the bike is black anyway so even then it should not look too out of place.

Aceman – I did look there but they only list the important bits; sprockets, cables etc. Ended up finding Fowlers Parts though which seems the only site to list every bit of the bike, but they seem to only sell full price OEM parts. Was a great discovery though as can now find the part codes for everything. Or at least for the original 2008 model, but I do not think anything has ever been updated on it since release.