When God said "Let there be bikes"...

Last night, having owned the bike for almost 24 hours and with new rubber fitted, some mates and I went out for a run to the bike meet at Alton. Well the tyres are now good and proper scrubbed in for Mondays outing to Silverstone GP circuit

When I picked up my 1000 K5 18 months ago, I wondered how are the manufacturers supposed to top this? Turns out you knock 250cc off! With the Racefit can fitted the bike sounds fantastic. When you fire her up (yes, this one is a her) she just humms in anticipation. Kick her into first and ease off slowly, she starts to burble with excitement. Snick into second and it starts to become clear why some refer to a loud handle. THEN GIVE IT A GOOD FISTFUL AND… sorry, let me compose myself for a second… the sound goes from pleasantly deep, through raw & raspy, all the way to a full blown symphony of… of… aarrgghh, I have no words that can describe it. She sings like a diva! People a hundred yards away turn to look, and they are not shaking their heads (for a change), instead little boys and their fathers are grinning and giving thumbs up

For such a tiny bike, you are exceptionally well protected from the windblast as you chase through the gearbox, and even at 140mph you don’t have to hang onto the bars (and your nose isn’t flared against the visor). On the brakes she is as well behaved as any bike that I have ridden, with a superb initial feel that doesn’t have the front diving, and the rate of knots diminishes in direct relation to how hard you squeeze the lever. Even late changes of direction on the brakes are no problem.

But where this bike really comes into its own, is in the fast twisty stuff. Running into bends for the first couple of miles I had to keep reminding myself “don’t turn yet, don’t turn yet…”, then flick her on her side at the last second and she just sails through the turn as if the road is made of soft, grippy rubber. I was playing around with body positioning a little bit (before Mondays outing), but on the road you really don’t need to hang off, no matter how quick you are going (I should add that the the Michelin 2CT’s probably have a lot to do with this too). Once you hit the apex you’ll be surprised by how your right wrist suddenly starts thinking for itself, and with your knee still hovering above the tar, you are suddenly pulled swiftly towards the next corner and you get to do it again

So if you are thinking of buying a sportsbike, do yourself a favour and just take a test ride.

You don’t have to buy one.

But you’ll want to.

Glad you enjoy it, god must have made it way after he created this creature. Not sure what it is? 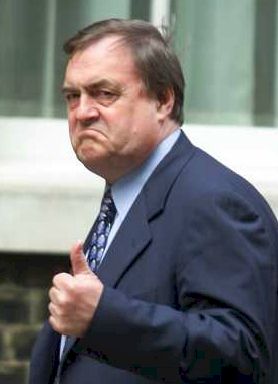