Saw a guy pull a little wheelie on the Park Lane lights at about 7:50am this morning - some tourists almost dropped their coffees - made me smile all the way to work.

Nice one who ever you are.

Was it a black stealth looking R1 by any chance?!

I’m normally cutting down Park Lane at that time of a morning on my ‘graphite’ 08 R1. I’ve pulled a few power wheelies in my attempts at beating the clock to work. If anyone sees me, give me a wave! It’s always fun racing to Hyde Park Corner against the usual suspects on ZX10’s and Gixers and the lights.

Becareful what you admit to online. You can quite easily incriminate yourself.

Hey matey,
I ride Park Lane to Southwark on a silver and grey K7 08 Gixer! Maybe I’ll see you on the way. Give me a nod/wave/race… 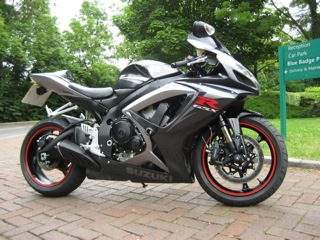 Could have been firebladepaul, he’s got a cat D blade, he calls a streetfighter

ITS NOT A CAT D TERRY.

ITS NOT A CAT D TERRY.its a cat B;)I WAS THINKING IT WAS U BUT U CANT CALL URS A STREETFRIGHTER MATE MORE LIKE A BLUE PETER BIKE LOL

i thought you two rode the same bike;)