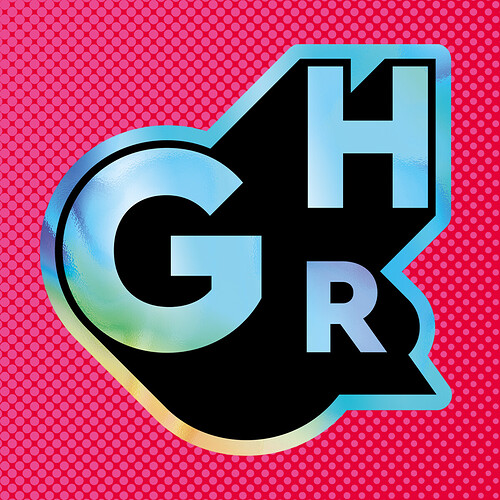 Greatest Hits Radio (Sussex) - The Good Times Sound Like This

Listen live to your favourite music and presenters at Greatest Hits Radio (Sussex). Keep up with the latest news and shows, enter competitions, and check out our playlists.

When we do ride-outs we say full tank, empty bladder and no knobbers. We should now add no helmet cams

Wasn’t terrible. It was outright dangerous. 70+ in a 30 puts lives at risk.

I am as bad as anyone, I speed 110+ on the motorways etc, but that is my life at risk. Doing it in built up areas where pedestrians are crossing the road etc is flat out stupid.

The town riding was pretty appalling, I definitely didn’t like the wheelie past the parked Luton van.

I don’t mind as much the speed itself on the carriageways but it was the poor judgement at the speeds that made the riding pretty shocking for me. Their judgement alone within a group is enough to make the driving dangerous, regardless of what their abilities as riders may be

My mum lives down near-ish Bewl Water and so when I go down to visit her I do regularly overtake on the double whites as to be honest, on any other road they would be dashed so I like to ride within the spirit of what the white lines are indicating. Here for example, the overtake on the lorry was poor because it happened on a bend, the riders following distance before the overtake was too close to give a decent view anyway. If he’d waited until they are on the way out of the bend, I wouldn’t have the slightest problem with his overtake on double whites provided his execution was appropriate.

As it is, I think we are all aware that we occassionally break rules and if we are caught we just hold our hands up. But yeah for me it’s always been: 30 means 30, 40 means 40, 50 dual carriageways mean 70 and 70 motorways mean sub 100 provided it’s safe to do so.

That said, I’ve recently been experimenting with riding within the signed speed everywhere. Things I’ve noticed:
a) I don’t speed anywhere near as often or as excessively as I would have guessed if you’d asked me at the start. 20 mph zones I would rarely do in excess of 25 in normal daily traffic, I treat it as a 30 again if I am leaving work at a time when the roads are emptier and my visibility is such that the road is indistinguishable from any 30mph zone round the country save for the repeaters.
b) It does affect your journey time, but only the out of town stuff. This is expected, 25 miles of 70mph vs 90mph will make a difference of around 5 minutes to a journey time. Is this enough to risk 6 points over? Twice a day, 5 times a week? I have decided, not really, and it’s only when I’ve left work really really late now and I’m just not prepared to sit at 70 on an empty dual carriageway that I’ll go for it a bit more. It probably makes 0 difference in town, even though my town speeds have been unaffected by this. I can tell this, as I usually end up in front of the people that bomb off at 40+ from the lights in the end anyway.
c) It’s still nice to have a larger capacity bike, you still make use of the extra low end and mid range needing to get rid of people quickly within legal speeds, and you get the added safety and visibility larger bikes tend to give you anyway.

I am now thinking of getting a hard wired innovv camera, so that I don’t have to bother with battery, buffetting and storage issues I had when I wore a gopro for about a week for insurance purposes a couple of years back. My main reason for not installing one up to now was a fear that I could get prosecuted for my riding in an accident, as it wasn’t always to the letter of the law

I think the police call this “self convicting.” Lots of the less intelligent criminal element post their crimes on social media and then the police go round and arrest then.

That first double white overtake before a junction was extremely daft.

As for cameras on rideouts, “no heroes, gopro or otherwise.”

To go against the grain. I love my camera and will always use it. But that is because I was in a hit and run and the woman fled the scene. (Newish bike written off, broken wrists and ribs, so £10k plus accident) Lucky I memorised her number plate and was able to give that to the police, and I had several witnesses saying I was not at fault. I film for that reason (and for scenic views if I am touring.) I do tend to have it on 30 minutes overwrite though, so if I do get stopped I won’t have anything incriminating.

It was useful a few month back as well when a car swerved, hit me and ripped off my foot peg. He tried to blame me, I showed him the footage and he conceded and gave me £50 on the spot to replace. 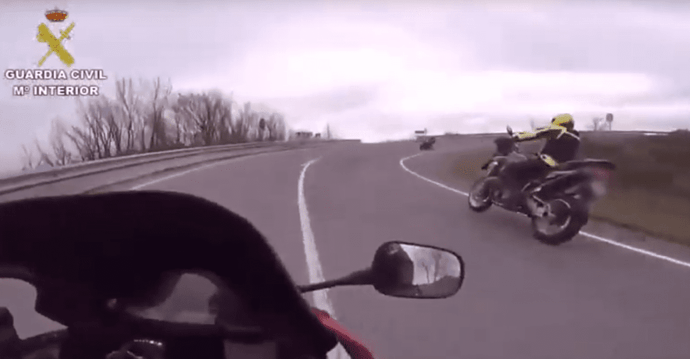 A group of Spanish bikers have been hit with 14,100 euros in fines and 132 points after one of the lads put a video of their ride on the web.

A group of Spanish bikers have been hit with 14,100 euros in fines and 132 points after one of the lads put a video of their ride on the web.

Looks like a cracking road. Thanks Guardia Civil for the advert.

Iv got permanent twin camera system on my bike plus helmet camera iv upgraded the helmet camera to a maxto do everything camera, intercom bluetooth wifi play back on your phone, fm radio super duper little thing for the money you cant go wrong.

Oh serves them right things like that tar us all with the same brush.