Thoughts? Good option vs the Z800? a street option for those who don’t want something as big as the CB1000R?
I think it looks good with the trellis frame, and even the tail tidy isn’t too big. 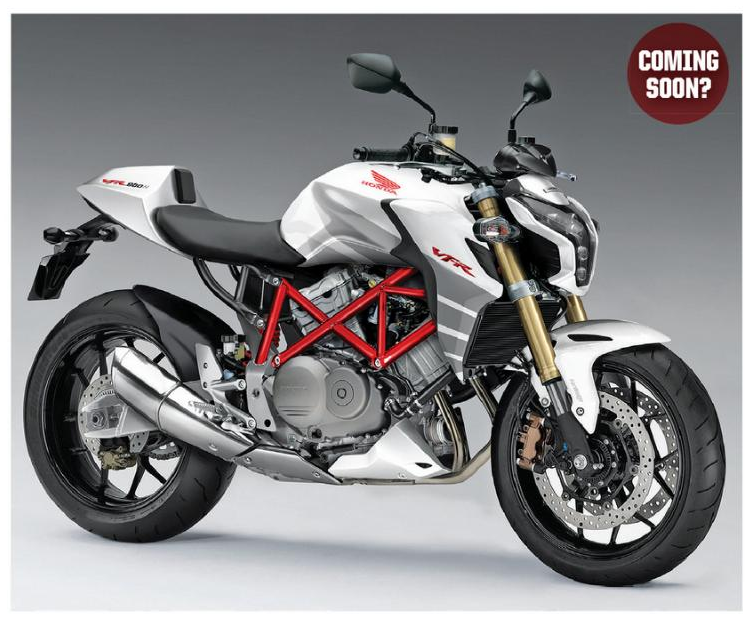 Oh, it’s just a concept? Thank God for that.

I really really like it!! Looks mean and beefy - those wheels look massive tho!

Looks a bit confused. Like the back, middle & front have been cut & pasted from other bikes.

I really really like it!! Looks mean and beefy - those wheels look massive tho!

^^^ Yep. If you had asked me to guess the manufacturer by covering the rest of the bike…to my untrained eye…I’d have said back was a Norton. middle was a Ducati & front was a BMW.
Just based on gut feeling, nothing else.

^^^ more like a Streetfighter than a Monster I’d say!
If that thing is really coming out then I don’t get it!
Honda has already the Hornet and the CB1000R in their range… and btw what’s a VFR without wind protection?

Almost as ugly as the VFR12

My personal opinion - that’s a sh!t concept. What’s the point in a sports tourer derived bike with no fairing?

why are people getting so caught up on the VFR being a tourer? I doubt it will be replacing the VFR… rather extending the line

People didn’t get so caught up when Ducati made the 1198 naked? And if they did, well there was no need…

My personal opinion - that’s a sh!t concept. What’s the point in a sports tourer derived bike with no fairing?

Regarding the Ducati, Serrisan, I don’t thik the Streetfighter is in fact a necessary bike for the range and I don’t get that either! They could have just made a liquid cooled sportier version of the Monster, which has more character and personality than the Streetfighter IMHO

who doesnt want a CB1R

who doesnt want a CB1R

Me. I really don’t like the look of it, I hate the headlight. It looks like a Transformer sucking on a torch that got stuck in its mouth!!

I hate the headlight. It looks like a Transformer sucking on a torch that got stuck in its mouth!!

Ive riden the new Kwak Z800 & its a lovely bike. I prefer it on looks to this effort by Honda too.
With regards the CB headlight, I suffer it based on the performance. You can look at my rear tail light instead

Looks like a cheap superduke… But will probably cost more.