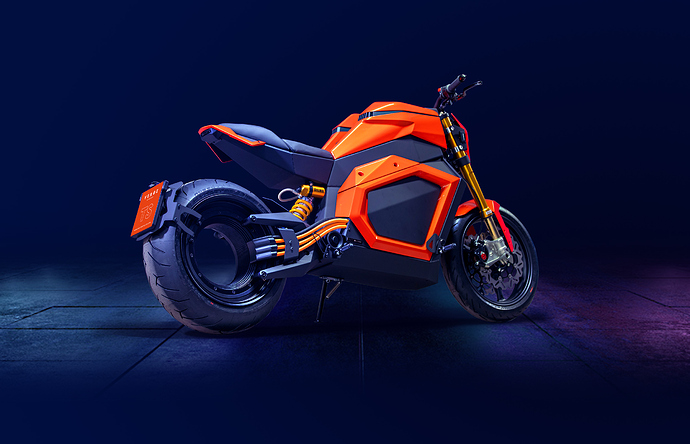 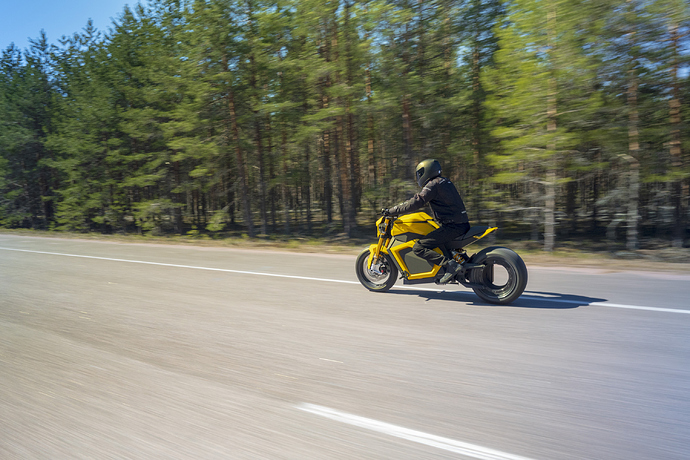 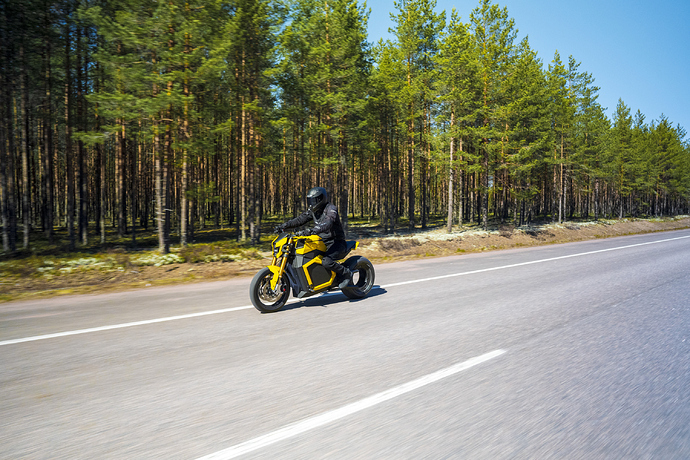 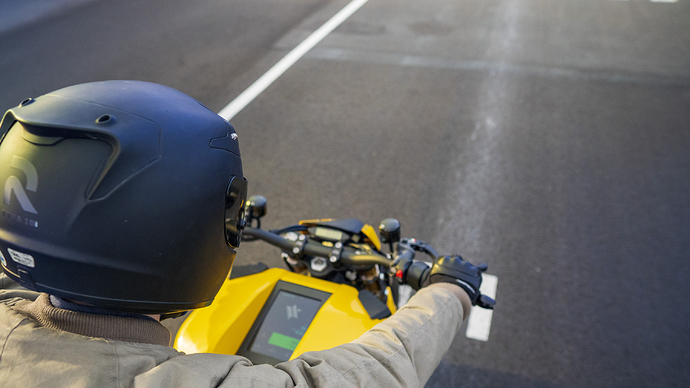 Very pretty but that rear rim looks weird to me…

Kevin Flynn called - he wants his lightcycle back!

4 hours even with the normal charge is actually still pretty impressive.

I have for reasons will not divulge really been spending some time looking at electric bikes and doing research as I may be looking to get one from next year.

This one is probably a little too pricey for me, but have to say the 200km motorway it quite good looking.

Yeah, 200km motorway range for a bike that clearly isn’t meant to be a tourer is quite impressive at this point, though IME, the charger speed is the single biggest differentiator in terms of how useful an EV bike would be when comparing them. Battery capacity isn’t the be all and end all, it’s how quickly they charge.

Until somebody can make a charger small enough to fit on a bike that can charge as quick as a Tesla (i.e. 100kW+), I’m not quite ready to make the jump (but super eager to).

Based on the real life reviews I’ve read so far,the manufacturers quoted range figures for electric bikes are even more of a fantasy than their dry weight figures for normal bikes! I suspect the charge times are similarly imaginative.

It’s not that they’re making figures up, it’s just that it’s really hard to give an indication of range as everyone rides differently. There are standards, but like cars, they’re not that realistic as it’s hard to make a realistic test for the reasons mentioned.

You can empty a petrol tank on a bike in 20 mins if you ride flat out and it’s the same on an EV bike. Some people will ride casually or consistently, i.e. for commuting, and so it’s easier to estimate range, but ride for fun and that all goes out the window. You could get half or less range than normal (that’s my experience in an EV car).

Chargers need to get faster on bikes and high-speed chargers more common-place in urban environments and then we’ll hit mainstream.

I had the loan of an e-bike before the pandemic. The manufacturer claims 250 km range in Eco mode (setting 1 on a scale of 5). I rode out to a friend’s house in Ealing, a round trip of 20 miles for me, so I left the charger at home thinking a 250 km range bike would easily handle 30 km.

Halfway there the charge level was dropping dramatically so I cut back the assistance to level 1. It took a heck of a lot of pedalling at level 1. When I arrived it was showing half a tank. I did manage to make it home with a bit of juice to spare but I was so annoyed I hadn’t brought the charger with me.

I would take manufacturers’ claims with a pinch of salt.