I bet this would get its funding nowadays! 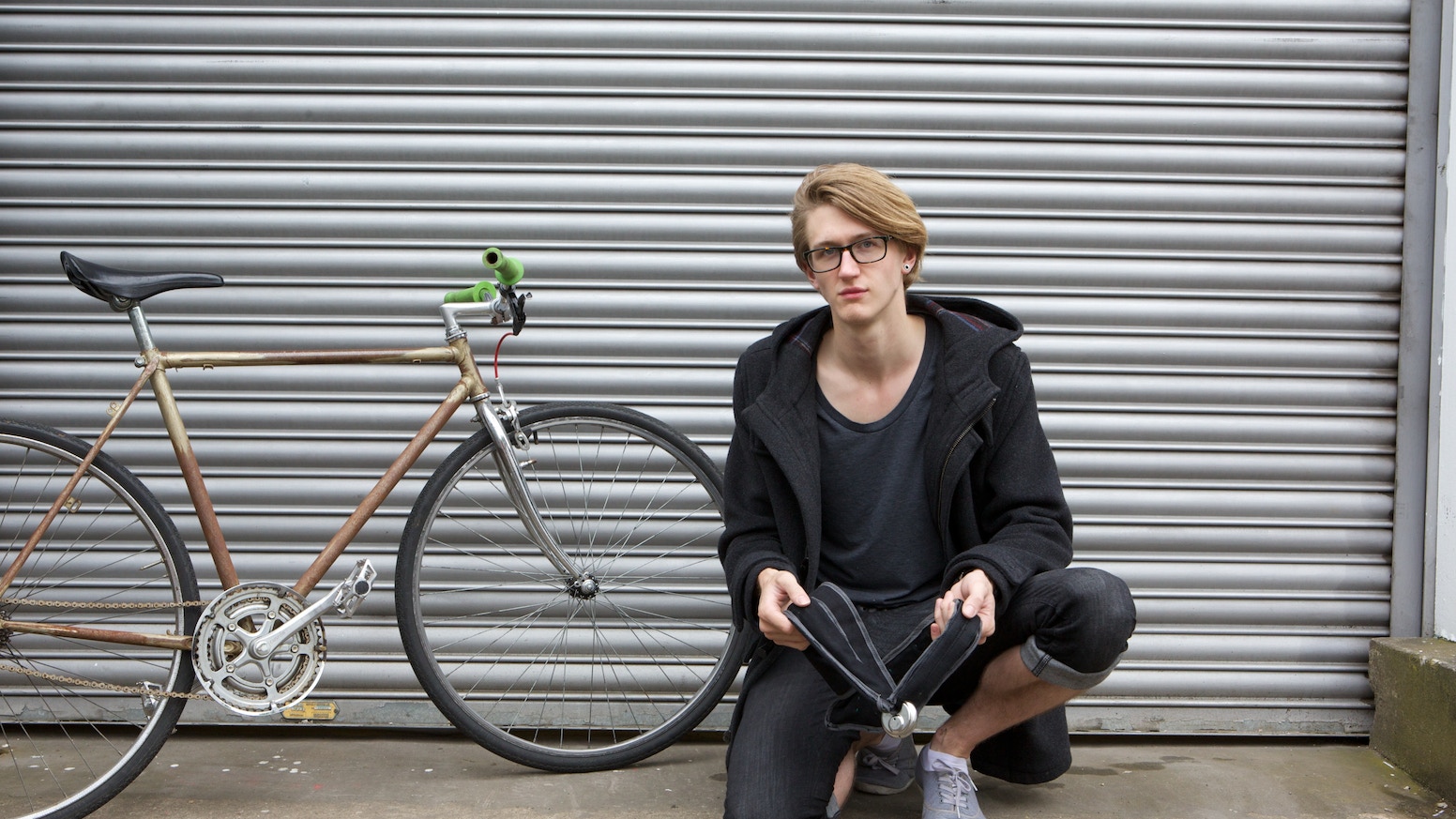 The most cut-proof and easily transportable bicycle lock ever made. You'll want one.

Is it made now?

I don’t think so. It failed miserably to get its funding. Haven’t seen any talk of it since 2014. So I guess not

I wonder how it did against a non-serrated blade, like a Stanley knife or a Swiss Army knife?

Not too much effort behind the bolt croppers, it only looked to be 6 or 8 mm links. Wouldn’t last too long against an up and coming footballer armed with a pair of scissors and an angle grinder.

Look as though it would need replacing after every attempt to cut it, fail.

Locks like an Abus Discus, and they are easy to pick or bypass.  Old design and plenty of videos on youtube, making the chains/loops tougher without the corresponding lock to go with it is pointless.  Seen quite a few heavy duty chains in London with cheap locks.

That was the demo prototype. He says would have redesigned to integrate the lock instead of require a separate padlock.

It never made it past the Kickstarter. Maybe for these reasons. And was intended for bicycles so wouldn’t be designed too heavy.

But makes me wonder if Kevlar fibres around the Almax chains might be something in it? No idea how this would resist scissors. But supposedly clogs up grinder wheels.

I think the principle is something that warrants further investigation by lock manufacturers. At the moment, the solution to the rise of battery angle grinder attacks is just to add more metal, which is only ever going to slow the scrotes down by a few minutes.

Some bright spark needs to come up with a coating that clogs up the disk/grinder, perhaps a softer metal like aluminium or some kind of resin. I realise that a chainsaw is a very different proposition but the fibres in chainsaw proof trousers are pretty effective at stopping them

Alternatively, I still think a hollow core filled with napalm would be an elegant solution…

In all seriousness this is something I pointed out after the dumb MET campaign of you’re not locking it up well enough. Until there is a grinder proof chain / lock combo there isn’t much you can really do other than make it more awkwards than whoever you’re parked next to.