Have you ever noticed blue or green ‘lampposts’ with shaded flat screens facing the traffic every few miles on the sides of British A Roads? These have appeared under the name ‘AA Trafficmaster’ over the last three or four years.

Many of these Trafficmaster ‘lamppost’ cameras say on them ‘Traffic jam early warning system for motorists, NOT A CAMERA, NOT A SPEED TRAP, Telephone 01908 249800’. Well maybe Trafficmaster should be prosecuted under the trades descriptions act - because, while the devices do detect the speed of passing traffic and relay it to the AA they certainly are cameras, and have a secret function that is mentioned on neither the poles or the publicity. They are also linked to similar devices which are replacing infra-red sensors on motorway bridges.

The ‘Trafficmaster’ cameras are primarily a vehicle number plate tracking system connected to British Army Intelligence under the army’s codename ‘Glutton’. The Automobile Association are providing a genuine congestion avoidance service but it is also a convenient cover for domestic army intelligence (and presumably MI5 too) surveillance of all cars in the UK.

The cameras are used for ‘real-time’ tracking of number plates on trunk roads across the country using a system called ‘Passive Target Flow Measurement’ or PTFM. The British army and unspecified ‘others’ are using the system to track suspicious or innocent vehicles with no checks on who they are tracking and why. The system can be used to track peaceful protesters, church outings, journeys to party conferences. Anything, in fact that those with access to Glutton choose.

The system got its army codename because of the sheer volume of number plate time and location data it keeps, so every single time your vehicle has gone past one of these ‘non-camera’ cameras it will have been recorded. A useful way of checking where cars have been and when but also an outrageous infringement of civil liberties introduced with absolutely no justification.

This technology has been introduced, as much of the similar CCTV biometric technology, without approval from the British people and is actively destructive of the democratic system. It must be exposed, it must be dismantled. The people who have arranged for and profited from the installation of this system are arguably guilty of contempt for human rights and privacy.

The Trafficmaster website provides a comprehensive map of Glutton surveillanced trunk roads here http://www.trafficmaster.co.uk/page.cfm?key=network so you can plan your route to avoid being tracked by army intelligence if you wish.

It is part of a much wider top-down change by the establishment in the way we do things. Its about discarding the assumption of innocence, held sacred since Magna Carta. Now every citizen is a suspect and this has left us with biometric, face-recognition, CCTV and now Glutton. (see Qinetiq’s biometric nightmare by Alf Mendes http://www.bilderberg.org/wwiii.htm#Q)

Remember - if you’ve never done anything wrong you have nothing to fear from Glutton. But I, for one, would be extremely surprised if drug dealing mafia elements within our intelligence agencies will get caught in their own net. Don’t hold your breath.

With the wall of secrecy surrounding army intelligence the public are not even allowed to know who is deciding what is a legitimate journey and what is not. 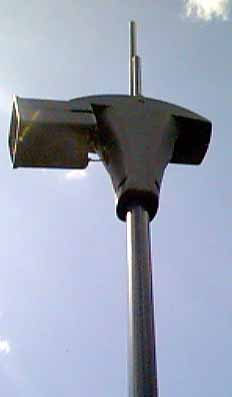 On the bright side, any information processed by Army Intelligence (Oxymoron?) will usually be lost / confused / or mis-represented!

Army and intelligence in the same sentence…

Sneeky, though redundant now the Police are rolling out the National ANPR network. Scary huh. It reminds me of a few, not entirely positive sci-fi books I’ve read.

Good job it isn’t the US army… We’d all be dead from friendly fire lol.

I’ve always know that these were a tracking system for vehicals, its all part of the lovely big brother we’re under. Like most things it has its upsides and its downsides.

We all just have to get used to being watch all the time.

Just think how much info your bank has on you, or the companies you work for, visit and spend money with?

But as the old saying goes, if you ain’t got nothing to hide…

And in these days of credit cards, they pretty much know or could find out where you have been / are easily anyway.

If it helps track the criminal element, which it really ought to, I’m all for it.

WOW, Cool!!! I am not entirely paranoid after all… woohoo!! Actually, is this really cause for joy???

Always thought something were up; but still went by at my usual canter/gallop… Well, as it aint there, I suppose they can say nothing… so, keep on keeping, and all that…

Oh yeah, how do we get rid of it then; and wot u wants us to do?