Tyres - to change both?

I’ve got a 600 Fzaer with BT-020 on, and the rear tyre is at the limit. One option is to change both tyres to Road Pilot 2ct and be happy. The problem is that the front BT-020 is still good and doesn’t need changing… But Michelins are said to be much better… On the other hand, I’m kind of unable to justify spending 250 changing both tyres, when BT-021 costs only 130 quid.

Is there anyone who’s had both BT-020 and Road Pilots and could compare? And the general wisdom of the public would also be greatly appreciated…

i had the same dilema a while ago… and was advised that it doesnt matter that much to have diff tyre makes on front and rear.

in the end I changed bikes :w00t: to one that happen to have PR2 on :hehe:

Well, at least in Germany, the police will hang you from the highest lamp-post if you front rubber doesn’t match the rear… but they are a bunch of obsessive-compulsive gnats anyway

Well, at least in Germany, the police will hang you from the highest lamp-post i f you front rubber doesn’t match the rear 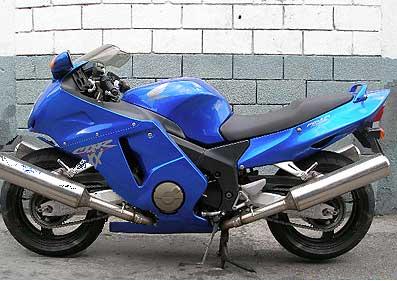 No I mean the BRAND and type of tyre you muppet!

There was an ad in Bike magazine, but nothing on the website (where you are supposed to look for more details)