My rear hugger and undertray have arrived! 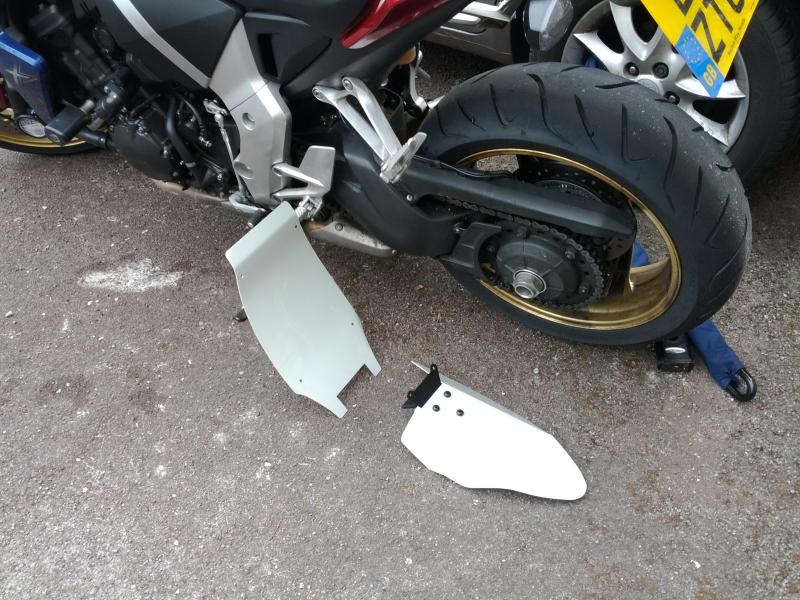 I think the hugger is literaly just undo two bolts either side of the rear suspension and bolt the hugger back on.

The undertray requires a couple of holes to be drilled and it does sound like it would be better to get the rear wheel off. Is this the kind of thing I should look at going to OMC for? I have no knowledge of what I’m doing though, maybe I just drop it up to Metropolis?

Be careful where you drill … I have seen more than one who has stuck the drill through a relay or something they shouldnt have :crazy:

Yeah, if the hugger is as easy as it looks, I’ll maybe try that in the morning. Then, I still have a belly pan coming, so maybe I’ll wait and take it to someone who knows what they’re doing to do both of those

Does Adz still come out to folk?

Hmm, and this is why I shouldn’t do anything myself… 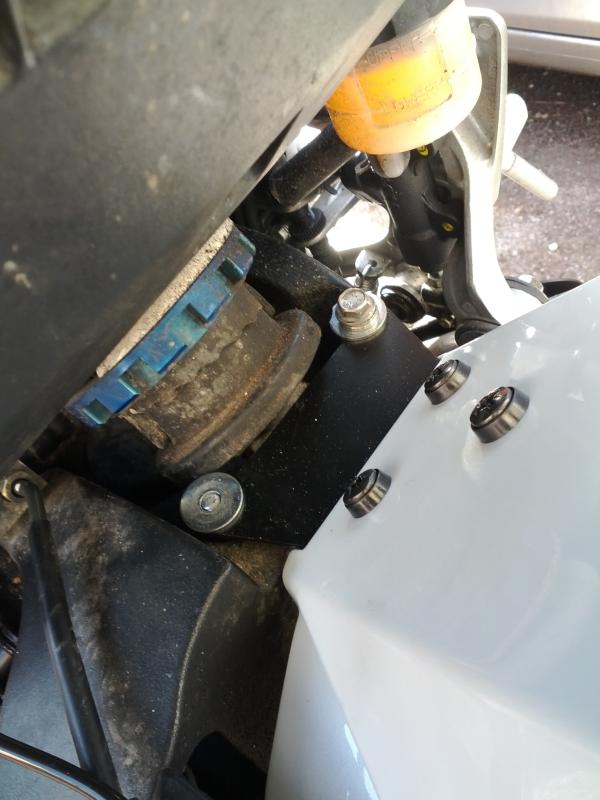 While tightening the bolt on the left, the top of it has come clean off… that can’t be good? How am I to get that out now?

So I was supposed to be setting off in 10 minutes for the ride out, but I don’t know what safety implications this will have?

The hugger itself still feels very sturdy in place, but I guess without that bolt, what can happen when I’m riding?

Take it off, grab the bit with pliers and turn it out. Get new bolt, put hugger back, tighten bolts in less ham-fisted chimpanzee-esque manner, sorted

Oh, and clean the bike and spray the shock with ACF-50

Ahh, good point. I forgot there’s quite a big spacer under the hugger bracket meaning I have quite a bit to grab at with a pair of pliers. Mind you, if it was stiff to the point the bolt would snap, pliers might not do the job?

Well, I guess it gives me something to do with my Sunday!

Pliers and mole grips aren’t working for me. Having put the original back in on the right hand side, I can see that’s almost certainly not holding anything in place. It’s a very short bolt that just goes into the main block. Could they be there specifically just for a hugger?

So, any garages open on a Sunday? Will they have any equipment to deal with such a stuck bolt?

Haha ask NumNum if his open :). He may lay your bike on its side though so watch out… Or maybe he only gives Aprilias that treatment

… But should manage a bolt extraction easy enough

Numnum gets my vote for Mayor of London.

Not only did he get the bent, knackered bolt out… 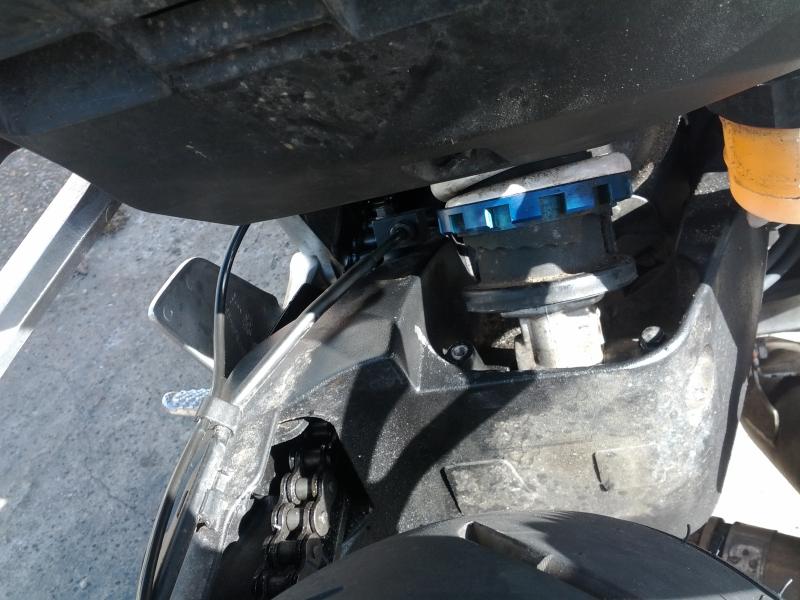 But he fitted my hugger for me 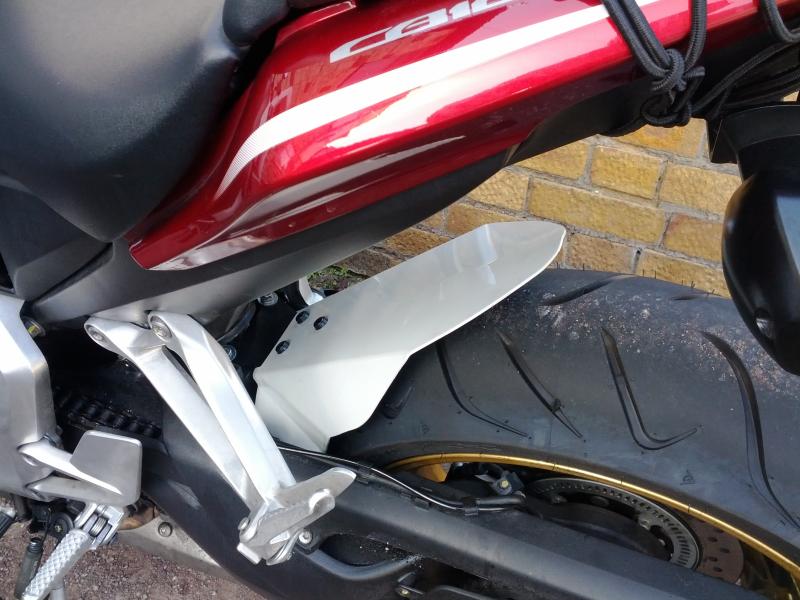 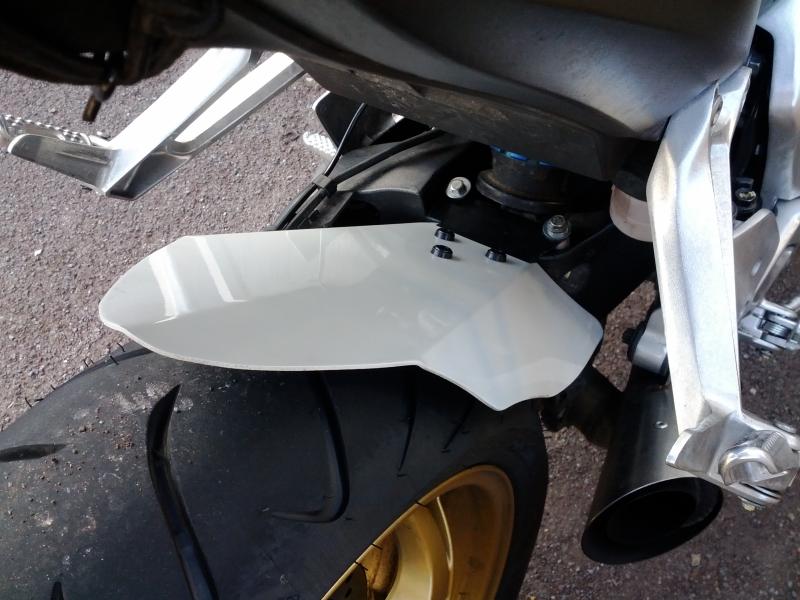 Num you are lege’

and by the looks of it you cleaned up the shock too… Nice!

Nice one NumNum, that deserves another praise thread

the state of that shock is shocking :hehe:

So tell! How did you out the bolt? There’s not much room under there to get a drill with a reverse thread bit in surely!

(Hoping not with your teeth…)

That lack of space was the issue plus it was a bit bent and had crossed a thread . I managed to bend it just enough to get a stud extractor on it . Then some magic spray and a bit of patience and jigily and it came out . Put a fresh bolt in to repair the threadway and then fitted the hugger with an extra spring washer and less torque .

Not over difficult but it took a while to get a grip on the stud . If it had not went that way I was going to trim it past the bend and bad threads and double nut it . But it came out with the extractor so all was well in the end

And here’s a too easy vid.