"This was close tonight" - Steve Baker

What we are seeing is a police chase that’s all. There is no context with it, without further information which we are unlikely to get it is very difficult to make an informed judgement.

It could be a Mumsnet mum racing to get little Tarquinia home because she got chocolate icecream on her Gucci children’s dress and it needs to get the dry cleaner ASAP because.

Or it could be someone wanted in relation to a serious attempted murder.

Or it could be a little shit wanting to bait the police.

We don’t have the information.

@National_Treasure Without listening to the radio traffic it is difficult to make any judgement because nobody knows the circumstances as to why the vehicle is being pursued in the first place.

Having been involved in more chases than I can shake a stick at, I know that the crews will be wanting to bring the vehicle to a stop with minimal fuss and no danger to the public.

You also need several vehicles to carry out a TPAC which not only includes the vehicles involved directly in the stopping, but tail back cars to slow down traffic behind.

The rules about pursuits is explicit because of a number of fatalities that have occurred during pursuits, but it is for the lead crew to carry out a risk assessment and for the control room Inspector to give the authorisation to continue.

I had 2 fatalities occur on pursuits I was involved in and they haunt you forever (although you accept it). One was a driver who was decapitated as I pursued on the bike and his head came flashing past my right shoulder.

The 2nd was a shitty 15 year old kid and his mate in a stolen car who ploughed into an HGV.

They both had the option to stop, but there would have been hell to pay had they wiped out a member of the public.

Believe me when I say that the decision to pursue is not taken lightly.

When you are new on the department and the adrenalin kicks in the rush is amazing. By the time you have been doing the job a while, it gets to the point of “Oh No, not again!” because you also know that do enough and your own luck will run out.

But back to the original point, we do not know what the original circumstances were so impossible to make a judgement call.

Oh, and the Paraffin Budgie does not need to be airborne.

One was a driver who was decapitated as I pursued on the bike and his head came flashing past my right shoulder.

I had 2 fatalities occur on pursuits I was involved in and they haunt you forever (although you accept it). One was a driver who was decapitated as I pursued on the bike and his head came flashing past my right shoulder.

The 2nd was a shitty 15 year old kid and his mate in a stolen car who ploughed into an HGV.

I hope you are ok and have mentally dealt with that.

@Kevsta Back in the day it was part and parcel of the job and it never got to me in the first place other than all the paperwork that went with it.

But the job was different back then, and we certainly had a different breed of officer serving, not to mention the standard and depth of training we got, unlike today.

@slow-ride nothing much to tell other than he was a scumbag who had committed an armed robbery, I got on his tail and he plowed straight into the back of an HGV that took his head clean off.

Just about remember Hungerford being in the news.

Pleased to confirm we are now formally speaking with the person we believe to be the driver in the below pursuit. Updates to follow. #RoadSafety #London @SteveBakerHW https://t.co/6gb26lhQT4

This was very close indeed tonight - note where my right mirror comes into shot. I guess the car came by at about 120. It stank of hot brakes. I definitely stand, once again, in solidarity with our police. Thank you @metpoliceuk - I hope you succeeded. pic.twitter.com/yhJdKwY3Dk
1 Like
Michael748 25 June 2020 18:47 #15

Hungerford in 1987 if anyone remembers that

I remember it clearly. Shocking.

A few years back I worked with a guy who’d been a copper with British Transport Police. From what he told me about the job, they spend a lot of their time looking for & picking up body parts off railway lines. Got to him in the end & he quit after a few years.

I’m old enough to remember Hungerford too, I don’t doubt that affected a lot of people in & out of uniform. Sorry to hear that you lost a close friend there.

Total respect to you

@Pat BTP have a pretty unique job when it comes to dealing with deaths on the railways as in 99% of cases they are pretty mucky shall we say.

The nearest we got was people who went walking down the Motorway and got hit by 38 tonnes of jugglynought and splattered for several miles. The scene was often made more complicated because the body parts often got hit by several other cars. One night a chap called in ti say that he had just arrived home and found an arm embedded in the front of his car without its owner (body)

Anyone remember the multi fatal on the M4 eastbound (again at Hungerford the year after Ryan?) 20+ burnt to death 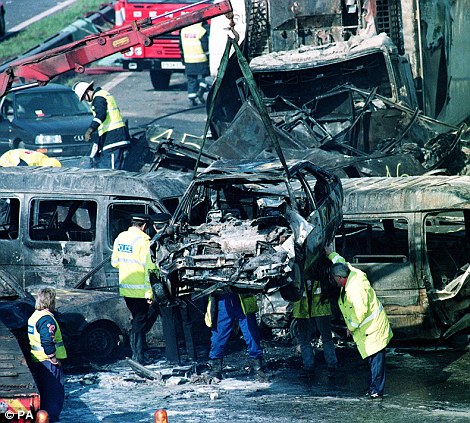 Hungerford was difficult because we had never experienced anything like that in the UK before. Lockerbie was a plane crash and a year or 2 later we had Dunblane , but Hungerford was the first time in Britain that we experienced a massacre.

I remember seeing all these dead people as I arrived, and then seeing Rogers’s car with him still behind the wheel. He had gone home for his breakfast in Newbury and had turned out because as a former Hungerford officer he knew where to go and was first on scene.

In those days we had personal issue vehicles, and his car was quite new. There were more bullet holes going into the car than came out as Roger had copped most of them. Insurers decided to rebuild the car and put it back into service.

Long story short, everyone said “I am not driving it” until one of the lads at Newport Pagnell said “Send it here, I will drive it!” The day after its arrival it was totally written off as a result of hitting a permanent fixed object called a Motorway Bridge.

Conspiracy theories suggested it was done deliberately. Personally I don’t believe it lol

This is what it looked like after it was recovered a few days later, bear in mind that the inside is full of Roger’s blood and brain matter 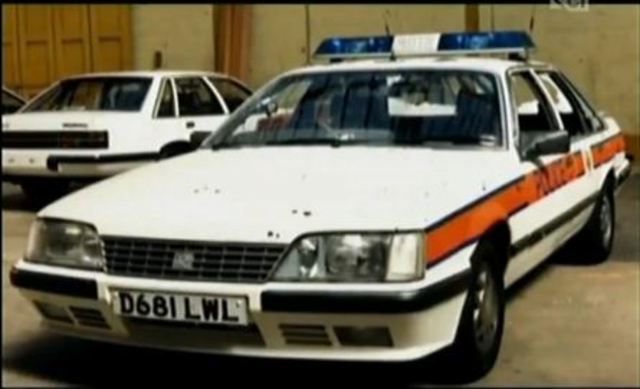 All the black dots are bullet holes of which you can only see a few.

Wouldn’t have been sad if “the Brexit hardman” who is all up for increasing homelessness got taken out.

It’s not often I quote Tory ministers but look at this, phew.

Maybe he will stop at red lights next time.

It looks like they were having a head to head

yep looks like two guys proving who has the bigger d1ck

So the car and bike were racing? And both opted to take the red?

Fair to say the biker’s guardian angel was watching out for him!

I wonder if he went straight home and bought a lottery ticket that day?

More likely he went home and sold or burnt the bike

After he peeled his sticky brown pants off.