think i'm missing a bit on the front spindle

spotted this today, pretty worried how long i’ve been riding it like this : pretty sure i’m missing a nut that holds the front spindle in place on the left hand side - pictures are of both sides. How is this possible! Only time I’ve had the front wheel off is for the tyre to be changed (at a reputable place) 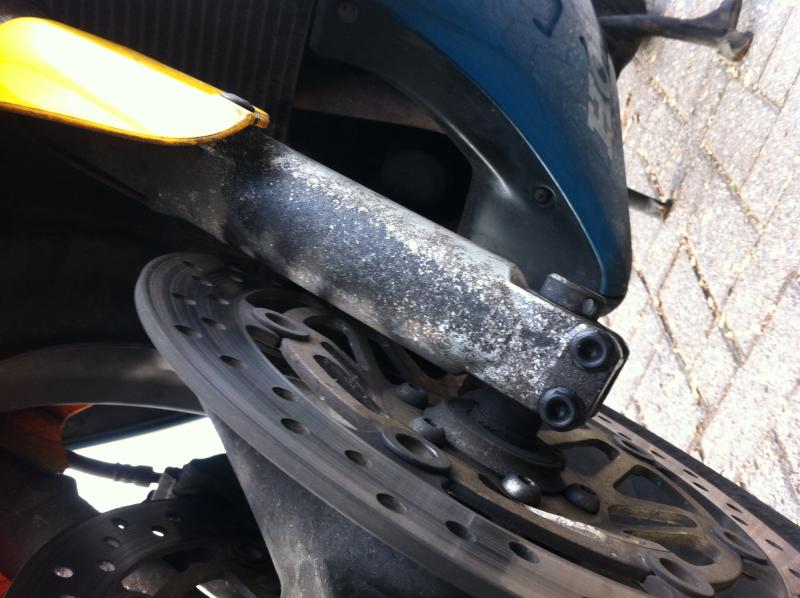 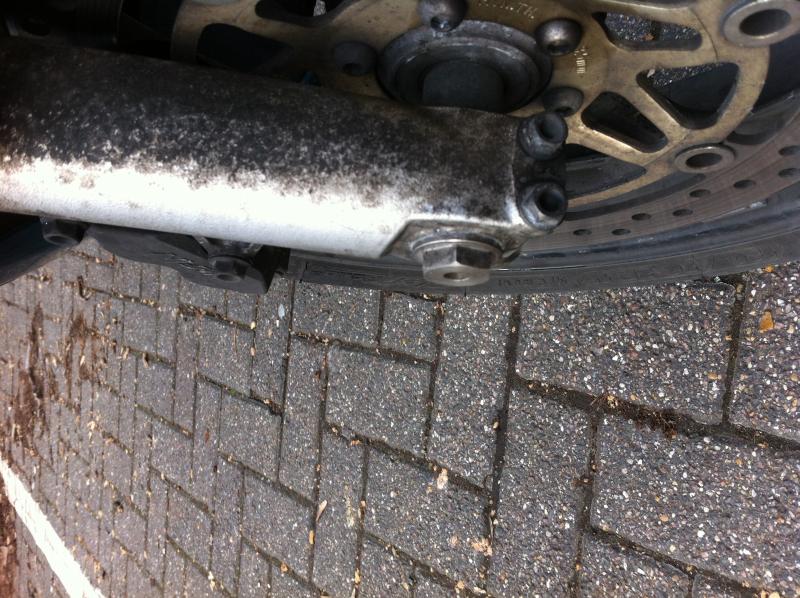 What am I looking at?

second pic is right side which looks fine

The pinch bolts will stop it from falling out, drive on…

Check this image out:

No bolt, but shouldn’t it have a piece of wire through the hole? Looks a bit like a hair clip that sort of thing?

cool i’m worrying over nothing then - cheers guys. yes its a cbr600f

My hornet is the same, front wheel up or down it hasn’t fallen off yet:D:w00t:

No wire needed with 2 pinch bolts

No wire needed with 2 pinch bolts

take it to bits mate, you’ll see how it works. The bolt on the end holds the axle in. A circlip in the end where the holes are will do fuckkall.

Why do people who have no idea. feel they have to give advice?

The hole in the end is not for holding it in or putting clips or wire into. That end is usually collered and the nut on the other end holds it in. Pinch bolts do the rest of making sure all stays lined up .Thats there’s holes is for the benefit of the spanner jockeys ,it’s a hole for podger application should something become stubborn.

There’s no need for a circlip in that, it would serve no purpose.

There’s nothing missing from that end. The two holes simply allow you to place something through them to get some leverage on the axle, so you can rotate it to help get it out.