Sigh And a very deep breath!

Ok, in light of the appointment of yet another new moderator I have been doing some thinking and have decided to share those thoughts with you all (like it or not!)!

As far as I am concerned this site as a fun thing to do is dead now and has been since the deal was struck with Google (whatever that deal was, I do not care!). What is the point of an open internet forum where you cannot openly express yourself? You cannot swear (and I do, A LOT!) without someone asterixing you out, we lost ADULTS ONLY which could not have been clearer that it was for grown-ups, if you even dare to try and make your feelings made then you get senior moderators telling you to tone it down or be barred (cheers and **** off!), I mean Jesus! I probably could not even mention the awesome rack that I saw last night on a fellow LB’er without fear of someone telling me off!!! This is why a lot of senior members do not post anymore, me included! This place is just not the same anymore!

This not about the “old guard” before you go down that road, not many people have done more for the newbies on here than I (TDJ & Ang have!)! I know that change is inevitable as it’s the way of these things but I just believe that this change is for the worst not best. The so called community aspect here has become just a loose collection of like minded individuals doing their own thing, there is no “LONDONBIKERS” sense of belonging anymore. So you can get all the people you want to dedicate their free time to “spring cleaning” and it will not make a blind bit of difference, as long as this site stays on a Google leash nothing will get better. I know that this where the funding comes from so it’s catch-22 really, damned if you do and damned if you don’t! I don’t know the details of how this site is funded or the exact details of this sites relation with google, I’m just hyothesizing here (big word, I need a lie down!) and if I’m wrong, correct me. I am not going to go all Gloria Gaynor here and tell you to delete my account (you can if you want to, your loss!) but my time on here will get less and less.

I apologise if the grammer/punctuation is a bit hit and miss, perhaps the new moderator can correct it for me! I can’t promise that I will answer the inevitable answers to come (esp from you PJ!) as not sure when I’ll next check in but feel free and if you want to address me in person I’ll still be doing the Ace as often as possible. So all the best and laters!!

Amen to that brother.

Now spill the beans, what did you see last night?

Are you blind? I cannot have been the only one to have clocked those puppies!

Were they like a smooth pair of golden retrievers

or a mammoth pair of hairy old English sheepdogs? 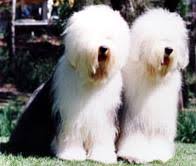 Like a dead heat in a swimming race between Duncan Goodhew and Ross Kemp, only more awesommer!!

As for your other comments I’ve sadly never met you (my fault for being so under the thumb), but I for one have appreciated your input so I hope you’ll stick around and speak up from time to time…

would you prefer that membership was based on subscription?

So Vern this awsome rack ? I never saw…
I noticed every time I glanced at you, you were not looking into Ally’s eyes whilst chatting to Her at the food stop :Whistling:

So how do you see funding the site if not google ?
maybe members pay a subscription ?
I would be happy to

I agree the forum has changed, but stick around mate I’ll miss your rants

would you prefer that membership was based on subscription?

If it meant we were free to say what we like and view what we like then yes I would. Oh and new mod make yourself useful and delete one of the above duplicates!

So Vern this awsome rack ? I never saw…
I noticed every time I glanced at you, you were not looking into Ally’s eyes whilst chatting to Her at the food stop :Whistling:

So how do you see funding the site if not google ?
maybe members pay a subscription ?
I would be happy to

I agree the forum has changed, but stick around mate I’ll miss your rants

There is no way I was the only one to have had their night made by the appearance of said puppies! I’ll give you a clue, it wasn’t Ally!!! Honestly tho, how much would it improve LB not to have to curtail to google? Say what you like, adults only back and not to be bombarded with Thai bride ads every time I log on. I’d pay more than a few quid for that but then it would mean that the people behind it would have to up their game so that won’t happen!

Maybe it’s time for a few of us to start another breakaway forum ?

Come on Vern, marry her already!

i need more info on the rack, not too fussed about the rest of whatever you were talking about

Oi, Vern, stop staring at my tits. I mean, yeah, I’ve put on some weight recently, but seriously dude…

Unfortunately Ingvar the resident camera man was absent, or we could have reviewed the evidence. I must be getting old, I don’t recall any rackage…:ermm: Mind you, I did damage my testicles quite badly at one stage, so I was a bit distracted.

I think that is what He was trying to say, glad its not just me :D:)

No it’s not, we’ve established that much.