As I’m looking around for bikes to get me into the big bike club and I know there are a bunch of newer riders who are thinking about the same I thought I’d share my weekend experience. I trotted down to Motoden to have a go on the following:

Hornet 600
Tons of fun, a bit extreme on the acceleration front but also the first one I tried so could just have been that I was coming from my 125 up to that. I liked the digital speedo though and the bike felt great for filtering and although at the time I wanted to be sensible I think I love it a bit.

CBF600
Like the big version of what I have now. Riding position and dials all nice and high. Felt light and comfortable but predictable. Very forgiving and, dare I say it, a bit dull but solid and reliable feeling. I reckon you could ride that thing all day.

VFR
Whilst the 800cc engine felt like it had the potential to get away from me it wasn’t the extra power that worried me, more the riding position. I didn’t like it. Who has wrists that work like that?! It was a 2004 so maybe they’ve improved that but I was underwhelmed by what I found.

If the VFR was a VTEC one, then might have felt underpowered if you didn’t get it above 7/8k rpm, cos it is underpowered until then!

What about the ER6-F? thought you liked that one?

I liked the ER-6F until I rode it. It was fine but it felt a bit buzzy and wouldn’t be my first choice. It’s the only non Honda I’ve ridden and it didn’t feel terribly solid - not helped by the terrible faring buzz that is fixable under warranty.

Wasn’t as extensive a test ride as the dealer though.

Get the Versys or the Hornet. All the others don’t even have a proper name…they’re just a jumble of letters

I know someone with a Versy if you can get over the looks he rates it highly, very comfy and economical just damn ugly

See I think the Versys looks quite nice actually! 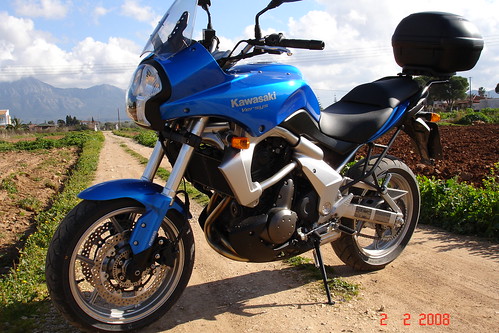 It just might not look quite as cool as this … 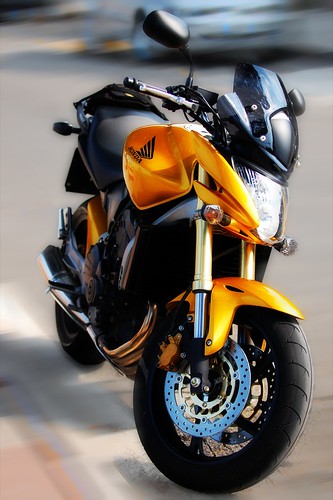 get the hornet AFTER you’re 30 eh? lol

there are a few new ones going second hand at the min, I am bias, but i think they are great fun… that said, expensive to insure, im thinking of getting rid of mine and getting a hornet because the insurance is so much less! :unsure:

G’wan Iain, get the Hooner!

We are bound in bike models…
forever! Mwaahahahahahaaa!

Why not try the new Monster?

Iain, I’ve got a Yamaha FZ6 S2 as a courtesy bike for a couple of days while the MT is being checked out. Just rode it a couple of miles through town from the dealer and I don’t know but it might be one for you to try at some point? Nice and easy in traffic and compact but not cramped. Feels a bit wristy to me but then I’m used to being completely upright. Might be worth a comparison with the Hornet and maybe cheaper?

Well there you go, I love it for zipping through london it is truly in its element and is excellent fun, but its not a Honda.

:hehe: The one I’m using is unfaired and compared to the MT it has very long gearing and is totally smooth with no vibration! It’s also really quiet and doesn’t get ridiculously hot:cool:. But I guess that all comes down to what you’re used to.

I know everyone says a Honda CBF600 is not very exciting but it does depend on how you ride it. I found when I first got mine that its torque encourages driving in a quite high gear. But it can deliver more exciting performance using the full rev range and lower gears. If you like the bike but want more power then look at the CBF1000. A lot of CBF600 owners move up to the 1000 and that is what I expect to do next year.

I second Chelsea_Fans post… I cant see why people say the CBF is boring… :ermm:

i suppose it is boring for someone that wants to rev alot and go up and down the gears all the time!