Anyone got any thoughts on this? 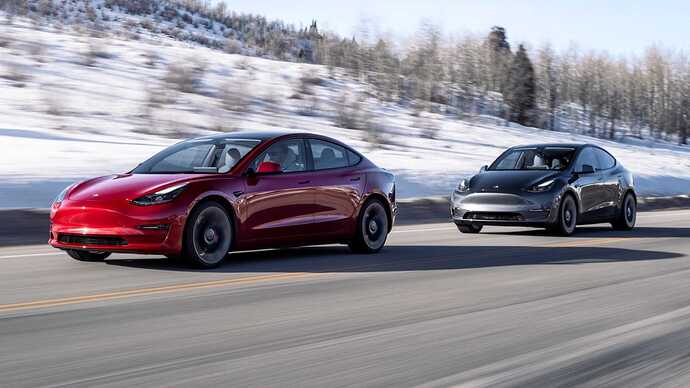 The NHTSA wants to verify if Autopilot was indeed activated in these two crashes that occurred in darkness, on freeways.

If autopilot was engaged this is very worrying.
If it wasn’t engaged it’s driver error as in lots of other accidents.

I genuinely expect to be killed by someone using such a system.

The over-hyping of it being “autopilot” really doesn’t help in the consumer mind. The reliance on computer vision alone without a secondary system to reference against and if they disagree then to disengage the system is a huge oversight in my opinion. It appears that the Tesla autopilot doesn’t fail safe.

It seems like another excuse not to pay attention and drivers don’t need another one of those. The general perception is that the car drives itself.

Sooner or later kids will start jumping infront of cars for fun because they know they’ll stop. And the criminal element will probably do the same to rob people.

In those situations I’ve taken control and it’s not been an issue.

That’s our problem right there. You are obviously a responsible driver and do what you are supposed to do, good for you, but even with non-autonomous vehicles (normal cars) we have an pandemic of drivers who should be concentrating on the roads are spending their attention on YouTube and WhatsApp. Everyone knows this is wrong, but everyone (most) does it. Just filter a bike past any queue of cars to see.

Once AVs become common, this same breed of driver will not only watch YouTube but will actually doze off at the wheel.

I agree with the above, i passed a guy earlier who was watching football on his phone while driving through Wandsworth at rush hour. Giving people an autopilot option is clearly going to lead to them paying less (or no) attention.

I think autopilot should at the least come with some kind of technology inside the car that checks the driver is engaged and looking where they are going. It can’t be a technological challenge if they can make the car drive itself.

That’s my biggest concern. People paying no attention because they think the don’t have to any longer.

I think autopilot should at the least come with some kind of technology inside the car that checks the driver is engaged and looking where they are going.

It does. Newish models have a camera that checks where your eyes are looking. You don’t have to keep bug-eyed on the road, but if you look away for too long, it reminds you to pay attention. If you do not respond it warns you more and more, until eventually it disengages AP.

Sounds like they’ve based the design on the GF…

I wonder if the cars involved in the fatalities had that feature? If so, it doesn’t seem like it goes far enough.

From the video, it seemed that Tesla had a problem with the radar and the cameras not agreeing, in that situation, surely the driver should be stepping in rather than Tesla getting rid of the radar?
If a car barrelled into the back of a bike with 30 seconds to intervene then the driver clearly wasn’t paying attention.