Hey all, posted that my bike was stolen elsewhere and they recommended I post here.

Had a Black SV650S parked on Celdaine Drive in Hackney. Thieves attempted to take it on Jan 1st, breaking the steering lock and doing a lot of damage down the right hand side. Saw the damage the next day, but couldn’t move it due to the damaged ignition and consequently being unable to start it.

Next day they came back (same people I assume) and took it and now I’m bikeless. License plate is T971 FFX, so if anyone happens to spot it, please let me know!

No pics, but looked similar to the below, except for aftermarket front indicators after vandals messed those up a couple of years ago! 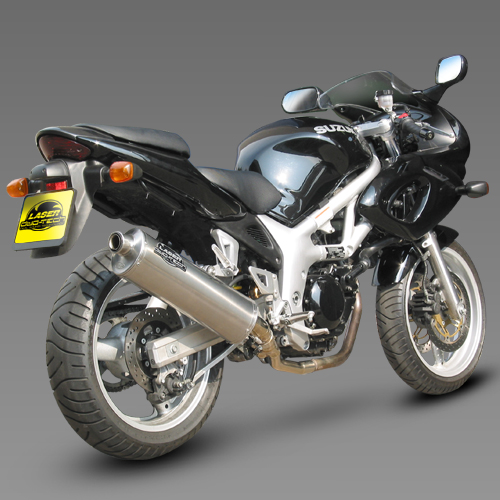 Frustratingly had just had a load of work done to get through it’s MOT, so brand new back tire on it as well. Some general damage on the rest of the bike, mainly on the fairing.

Well that’s about it.

Hope you get it back. Will keep a look out

they took it during the day? good luck with it turning up soon…

Sorry, prob not clear enough, they came back the next night and stole it. The neighbor got back at 1am and said it wasn’t out there then, so I’m guessing it went around midnight. Although I’m still amazed they would take it at such an early time.

your not far from me at all and i’'d not be suprised if its the same kids that nicked lil ally bike. there is a good chance it still in the area as these kids are dumb to steal from there own door steps.

try the estate in kenswick lodge and also shrubland road

Thanks for the help, will take a look around there tomorrow, may get lucky…

Gutted for you mate, mine was nicked on 10th Dec & I haven’t heard a thing about it… the police sent me a nice letter telling me they’d given up!

hope you get it sorted one way or another mate. if i lived in hackney i`d keep my bike in my bedroom!!! (chained to my ankle).

Ha, funny thing is, I would have put money on it being stolen from outside my house, my girlfriends neighbourhood seems fairly quiet and residential - guess it’s prob an easier target on a quieter street.

Good news, they have recovered my bike! Found it about 100 metres away behind a block of flats on Evergreen Square. Not sure what state it’s in or whether it will be salvageable assuming it’s still not running, but even for parts I will prob get more than the insurance was going to pay out!

Hope you get it back in the condition it was

I had a good feeling it would turn up as did lil ally bike. how thick are they to steal a bike 100 yards from there homes lol
I was out looking about the area but not that close to where it was found as thought there not that thick to have bike there lol
is the bike secure or you want to sort something for you?

I had a good feeling it would turn up as did lil ally bike. how thick are they to steal a bike 100 yards from there homes lol
I was out looking about the area but not that close to where it was found as thought there not that thick to have bike there lol
is the bike secure or you want to sort something for you?

Great news, always good to hear of a recovery…

It’s secure now, locked outside my house! Unfortunately I can no longer park it in a similar area as the thieves would no doubt be keen to do damage to a bike that was recovered from them! So weighing up my options at the moment…

nice one, glad its back.