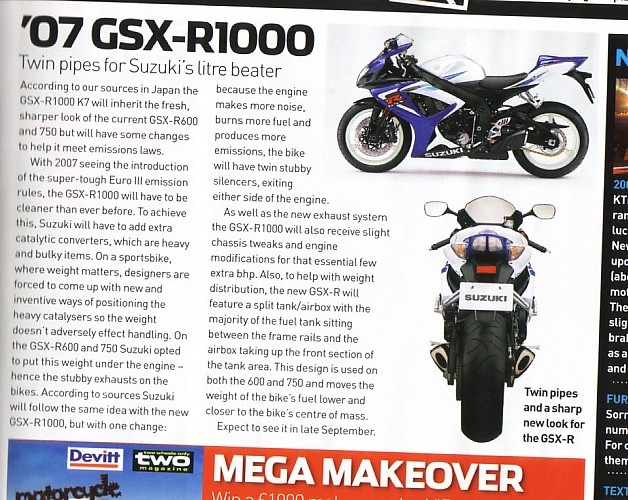 And come in limited edtion blue and white for the first lucky 30,000 uk buyers…

I actually think it looks good !

lol, for a change you say? You have me confused

Looks naff! Mind you, I reserve the right to change my opinion when I see it in other colour schemes, and when we actually have release photos!

Haven’t those pipes been stolen from a Pan-European?

So you ride an R1 to be different?

BTW the pic is a photoshop job.

No! i ride a 50th anniversery R1 to be different 500 uk examples only

But you normally saw 2 at Chelsea…

2 yellow R1’s and at least on a quiet night 35 gixxers; blue and white, and i never saw another up there so its on your say so, who gives a **** anyways…

Steady Eddie - I’m only pulling your leg! I know you could never see the other one - but it was there. As you say you never saw it cos of the Gixers…

I miss the Bridge…