Put this out on another forum but thought I should see what you think as been as you are all from London.

I am thinking of chopping my GSXR in for a SUMO of some sort. Prob a Husaberg or something.

Do you think this could be:

a. Cheaper running costs in the long run
b. better for commuting around the city
c. Better for me to ride due to be a newbie rider

I just dont think I am doing what the GSXR is capable of and to use it just as a commuting bike seems a bit like I am depriving it of some sort lol.

I really dont want to get the normal GS500 or ER6 for commuting as I want something to have fun on too.

What you guys think?

I have had a few supermotos and they are fun ,however I eventually got a KTM superduke as its the best of both worlds . And it dont really matter where you post it as most of us just use the recent posts button so all you do is fill up the page with identical threads .

People are kind of making me worried about engines etc. and that running costs on a SUMO will be much more as they are not ideal for commuting?

The concerns about running costs are valid if you’ve considering the competition end of KTM’s range… IF you get something mainstream like an XT660X/DRZ etc then running costs will be no more than any other bike, probably less as they are geared for lower speed, not 110mph in first.

Plus of course there’s this… 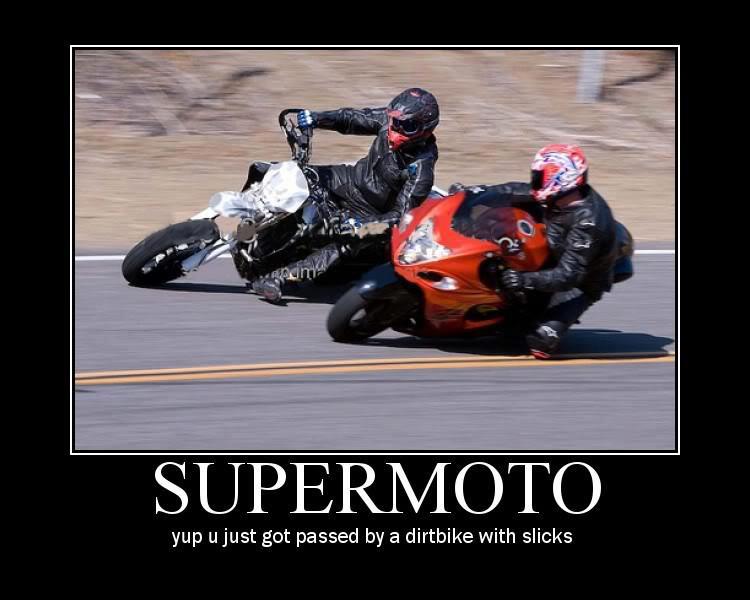 I guess the main question is whether a SUMO such as a Husaberg would cost me more and need more TLC than the GSXR if I am commuting?

Husaberg is KTM’s black ops division , if it works on a berg it finds it way to a KTM …so yes a Husaberg is gonna cost ya .

They are really different bikes… it’s a chalk and cheese in comparision. Personally, I’d get a SM for London commuting over a GSXR. Not sure how “high maintainence” a Husaberg is. The alternative is to get a CB500 or similar as a hack. DIY maintainence is easy, parts a plenty on eBay… get one that’s cheap enough that the value has reached its plateau and sell it two years on for the same money

Yup it will… especially if you want a true SM you’ll need to be pretty happy with spending time in the garage. I’ve got the 625 SMC which is not technically a ‘true’ SM but it’s still sat more time in my garage.

I commute from Epsom to london some days and would rarely take the KTM. Whilst practical for weaving in and out of traffic and loads of laughs, not practical for carrying a tailpack with my laptop, has a poor fuel range and my mirrors and indicators are off

For me a SM is not an everyday bike, it’s a second bike you buy for a laugh and having some fun in easy dirt. Not sure though why you think it’d be easier to max out on a SM… Different riding style and yes you can max it out on the straights but it’s the twisties were it comes alive.

I got a SM (or SUMO as you call it) for town use… hated it. I was rubbish on it, couldn’t get it to handle for shitee. Back to the Ninja.

Personal preference I guess… Try one out?

id Rather go up into london on my DT runing my sumo’s or dirty wheels then my ntv and the Ntv is well a proper commuters bike the lightness of the sumo skinniness just makes it 100% better.

A current KTM 690 smcr has better has better service intervals than the earlier versions.

This link lists them: http://www.ktm.com/uploads/tx_downloadsplugin/Servicezeiten_2013_EN.pdf

Could maybe take a look at a versys, I know its too sensible, practical and reliable for some people, but …

Or one of those new honda munters or whatever they call em ,keep the gixxer and get one of those too … I will go see if I can find a piccy .

Could maybe take a look at a versys, I know its too sensible, practical and reliable for some people, but …

Mate of mine had one, loved it… Not a “heart” choice mind you… Ditto Deauville. I’ve ridden them in town and they are superb, with the added bonus of integral luggage for your stuff, and they are really narrow for slicing through. I must be getting old because I REALLY don’t get commuting a straight line through largely 30mph roads on a wrist heavy 150bhp Sportsbike on de rigueur sticky tyres (squared off) etc etc.

If you are a relative noob to riding and are still cutting your teeth maybe you should look at something like a fazer 600 - this kind of bike is much better for commuting and easier to develop your core skills on than jumping straight onto something relatively specialist like a sports bike/moto.

SM’s are the last word in biking (

) so do all other types of bikes and then mooooove up to an SM!:w00t:

Thanks for all the input.

How about the Suzuki DRZ 400 for a good commuter?

Think this is still for sale, give dyno-rod a call 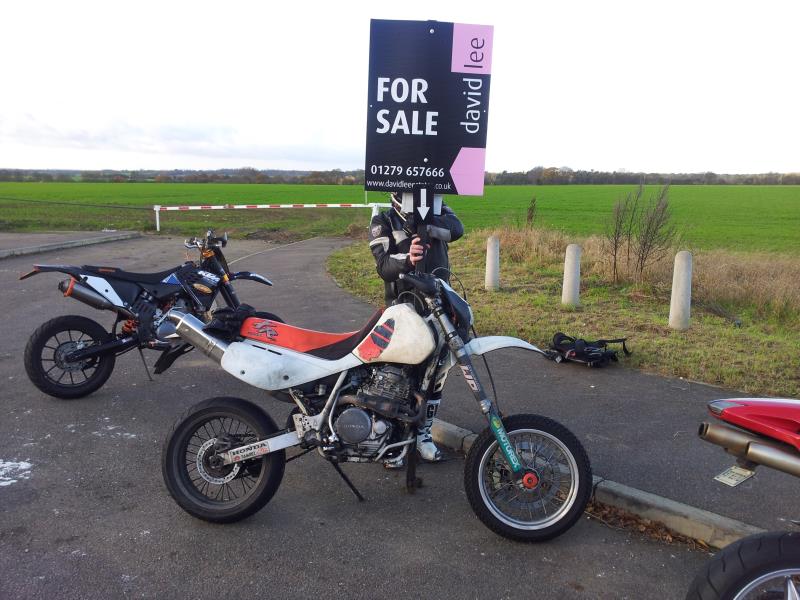 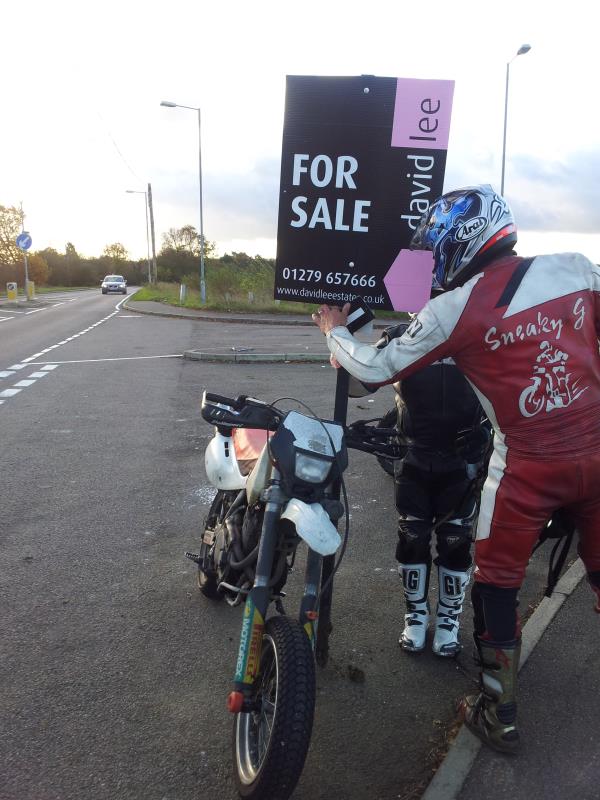 The sign is still for sale but the bike is now into hazzardous quarantine as a public health risk. Experts are using carbon dating to find out when it was made

DRZ is good, if (from what I hear) a bit boring but you can get it setup for SUMO or offroad and it’ll do the job. Reliable engine so will keep going. Typical SUMO issues around space for mounting tailpacks, carrying things is the same though…

Think this is still for sale, give dyno-rod a call