Sadly having been bogged down with work, away with work and not being able to escape to have a biking life, I have not had a ride out since the Jets Robbie Burns Spin in late January, in the torrential rain and floods of the west, where I won a lovely turnip.

So Sunday morning 2nd March, Martin (Emsee) and I will be meeting up again to go out to play on the bikes. If Box Hill isn’t flooded we will be meeting at Rykas for a heart warming cuppa, chips and the usual terrible gravel, mud, pot holed lanes and roads, with the odd large flood and hailstorm thrown in for good measure (and pub lunch).

Maybe see some of you lovely folks there. It’s been too long since the Triumph got her wheels wet - commuting just doesn’t cut it.

We`ll be there, Julie is gagging for girl on girl action.

Will see what can be arranged

I might have actually cleaned the bike by then also

Absolutely no chance of that.

Absolutely no chance of that.

Would you wear this Hels… 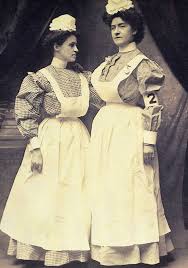 Will sort out a start time at some point, but hopefully find roads not totally trashed by the recent weather. Oh, and definitely a pub for lunch

I will send details of the dress code later :D. As per usual this ride is NOT weather dependent. If it is wet - we will find a pub at lunchtime with a radiator or roaring fire, where people can dry off.

We normally get there around 10.30 unless Hels decides other wise

I missed not riding today, owing to other commitments I could not get out of, but looking forward to this blast next week.

So if you want to hang out having teas and coffees and eyeing up bikes and the array of handsome and beautiful supermodel types (like Rusty in his nurse’s outfits) that can usually be spotted on cold, wet Sundays in March, better get there earlier:)

Just to confirm. Rykas is back open for business. Not many bikes around though.

I wonder if the flood water will have done anything to improve the taste of the food?

Unless the OH has something planned, I may be able to make this, if you have room for one more?

I am sure we do Wildfire. Look out for the odd balls shivering in a corner - if you scroll down to the Robbie burns ride out thread there are some photos to show our ugly mugs

I have just been granted a pass for this so would really like to tag along on this ride.

Look forward to seeing you on Sunday!

…and therefore some where for lunch.

We can just go where the road takes us

with Martin leading, the jets involved and me tail gunning, what can go wrong? :rolleyes: All I need are bendy roads, sunshine, a pub lunch and good company. Plus Rykas coffee.