The day John Weightman of Clarke`s grammar school Guildford banned Beatles haircuts because they made the boys “Look like morons”.

The day President Nixon declared “I am not a crook”.

All surpassed by the day LB rallied behind the Jets to " Abide by the zig-zag code ".

This seminal rideout will take in an indeterminate number of pedestrian crossings with multiple opportunities for transgressions of the highway code.

The route will also include gravel (though not wishing to compete with Art or Giuliano`s recent escapades :P), pert waitresses, grumpy petrol station attendants, a heritage site, pauses to turn the page on the map, some roads, lunch and a ride home.:ermm:

No nobbers, flatulence, 125s (cause they don`t turn up), Harleys, other makes of tractor or that bloke on a Rocket III who gave Ally a bollocking:D.

Depart the Ace 9.43am sharpish. Full tanks and empty bladders are “De rigeur”.

This ride will be moderate to progressive in order to synchronise with the changing weather patterns.

Cornerman system will be in use. so check it out if you`re not sure: http://londonbikers.com/forums/435756/The-cornerman-system-explained

In the immortal words of our favourite philosopher, R.J.O`Cromarty, “To step into the unknown is a triumph over uncertainty, equivocation is the path to mediocrity”

Is the day melodic death metal heroes Amon Amarth
play the Forum as the headliners of Metal Hammer’s
fourth Defenders Of The Faith tour, storming its way
across the UK this month.

Joining the tour as special guests will be reactivated
death metal innovator Carcass whose latest album
‘Surgical Steel’, their first in seventeen years, was
released in September.

Support comes in the shape of hotly tipped Glaswegian
deathcore outfit Bleed From Within and Hell; the cult
mid-eighties heavy metal act whose follow up to 2011
album ‘Human Remains’ was released in October.

Talking to Metal Hammer magazine, Amon Amarth guitarist
Olavi Mikkonen commented:
“November is here and we can’t wait to storm your
shores again with the Defenders Of The Faith tour.
We’re bringing an epic ‘Deceiver of The Gods’ stage
set and our good friends in Carcass will be with us
to create mayhem across your lands. See you soon…”

Much as I would LOVE to come on another wonderful ride like last week and show off my excellent tail gunning techniques (losing only one rider in the first 20 minutes) I sadly am out of London, in the wilds of another English county.

Enjoy the day and any more winter ride outs will be attended.

Look forward to the ride report.

As a committed republican, I am going to have to give this one a miss.

As a committed republican, I am going to have to give this one a miss.

We’ll count you out then

You coming to the LB Christmas party if it is still on? you’ve got first dibs on our sofa bed if yer want it

Can I come? (I’ll have a pillion but we should be able to keep up).

For sure, we too are two.

See you at the Ace in the morning for a destination in the Cotswolds.

Check out the cornerman system if you don`t know it, in case anyone else rocks up.

Ahh. We are vegetarians - but they’ll probably have chips

Mind if I tag along? I should be there if I wake up in time!

Welcome to the fold Blu.

Be sure to be cornerman aquainted.

I am cornerman certified and I renewed it this year as well. See you there!

sounds like fun, if I can escape the pussy :w00t:

I am cornerman certified and I renewed it this year as well. See you there!

Well we have no idea what that means but if you are familiar with the cornerman system that’s good enough for us. See you tomorrow.

sounds like fun, if I can escape the pussy :w00t:

Well we would say bring him/her with you but it sounds a bit too much for a baby. See you in Henley:D Don’t forget to bring a doggy pussy bag for the fishy lunch:D

Don’t do sloppy seconds, done Sally’s Pussey last week but Jamie’s always up for it

We`re more in line for an old trout, care to join us?. 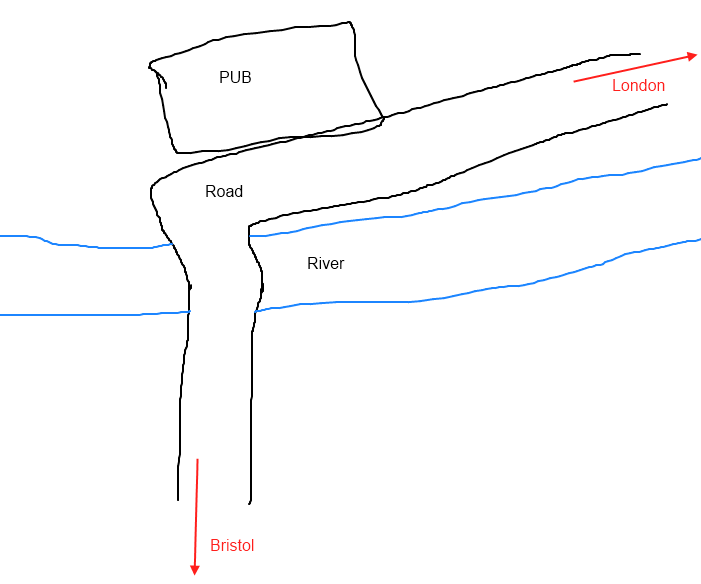