Another one of my polls- was generally curious how many people replace the stock exhaust on their bike.
Please answer above- should be self-explanatory.

Those with multiple bikes please answer for the bike you ride most.
Cheers.

For me it depends on the bike, if it’s a sports bike then it Has to be aftermarket all day long, I have a full race system on mine at the moment, just looks and sounds amazing. If it’s a not of the sporty type bike then standard should stay on

Aftermarket, but bought the bike with it on.
Buying a bike already kitted out often works out the cheapest.

Some of the bikes come included with decent cans nowadays.
My bandit, on the other hand, didn’t. Not only was it almost as big the bike itself, but it also sounded like a

Suffice to say, it was replaced quite quickly. 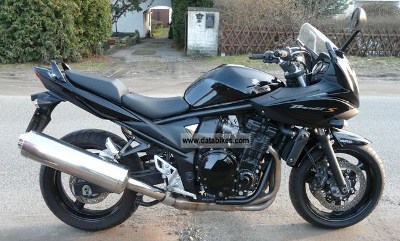 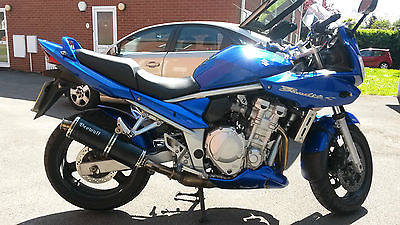 I bought a aftermarket one for my ktm to save weight and to stop it melting any luggage. It also helps that it sounds good too #brapbrap

I wasn’t a great fan of aftermarket pipes, especially the loud ones, until I tried one that came with the bike when I bought it and I love it. Not only that I like the sound and feel of it as I feel a lot more “in-tune” with my bike now, it also creates an invisible shield around me and I can honestly say - it’s fooking loud, but all of a sudden I have a lot more room around me and the gap in the front of me when filtering. Seems like the pedestrians are a lot more aware too and take less chances with an aggressive pipe/bike. My v-twin with my race pipe is like my own portable thunderstorm - pow pow.

Consideration needs to be given to the year of manufacture

Up close its proper mahoosive and would have to go

First thing you change on a stock Harley

First thing you change on a stock Harley …

We have a winner :Whistling:

Replaced with full aftermarket Stainless System as stock is mild steel and corrodes onto the block. Horrible. Had the SS on there for a year now and still looks lovely. Sounds better too and bike is more economical. Lighter, looks nicer, what is there to loose? Admittedly one of the best upgrades to a triple engine is a nice exhaust, sounds the bollocks and liberates whole horses, not just little ponies! My Sprint RS was such a happy bike with a titanium Scorpion race can (what baffle???).

On the BikeSafe course the Police Officer that took us said they have no problems with loud cans, a couple of them actually have them on their bikes but he said it is a myth that they are safer for you when filtering, I said that was rubbish cos surely if they can hear you, they have an early warning you are there, he said 80% of the time thats true, but the odd occassion you can come up towards someone who is easily startled (elderly etc) and if they hear a loud noise coming up along side them rather than glance in the mirror they do a full over the shoulder look and this then pulls the steering with them towards the noise closing the Gap you are going through therefore making it unsafe for you. He said to never say to a police officer who questions your exhaust it is for safety as that winds them up, just say it came with the bike and you were unaware it was that loud :Whistling:

I don’t actually beleive that as i’ve been riding Bikes almost 15 years and been driving 20 years, and i’ve always had Loud bikes and never encountered that scenario.

lol, I look good for it though

Aftermarket can transforms the sound of the NC700 which sounds fairly crap without one.

Aftermarket can transforms the sound of the NC700 which sounds fairly crap without one.

I second that, my brother bought a Beowulf for his NC750 and you can actually hear it going along now!

New can for the new VFR is definitely on the cards next payday, the original is one of Honda’s ugliest efforts (though nowhere near as bad as the sci-fi bread bin on the VFR1200!

I generally do not like stock exhausts, theyre usually excessively heavy and excessively ugly.

When I was at Scorches surgery a couple of weeks back, we were chatting about replacing the stock exhausts on bikes

First thing I change when I buy a bike.

my zx9 and vfr both had aftermarket cans on.
the fazer was stock and stayed that way.
the white vfr is getting a bastardised stock can attached.