I know a few of us have been there and enjoyed the roads and I also know one or two of you have been fined too but this is a hefty fine for the Baron!!!

wow my arse hurts and he got the fine not me!!!

What was the fine? It’s a half an hour long video…

Got nicked doing 90mph in a 50mph. He’s lucky not to have got a summons. He got banned and a 4000 euro fine. The fines are based on your income, so he must be earning a lot to pay that sort of fine.

So what does he expect, he’s turned into a bit of an arrogant prick, 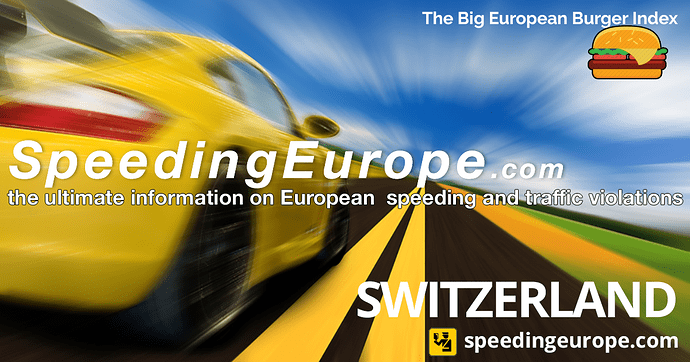 Over 60kph in a 80 limit can result in a 1 year jail sentence. So he should consider himself lucky.

Also in the video he blames the bike! Sorry my 1190 is 160bhp, and is very easy to go at silly speeds, but it is down to the rider. Swiss laws for motor vehicles are strict, and they do enforce them.

Christ don’t think I’ll bother with Switzerland again! Have ridden those passes they were on so considering myself lucky indeed. Don’t think you can hate on him too much. We all know what it’s like to get carried away on beautiful tarmac when the sun’s shining. Considering he was reporting on it live I think he dealt with it rather well

I agree. We’ve all been there.

I don’t know ,yeah we have all been there,but we don’t all ride round on the roads scraping our knees like they were,I’m sure they was well aware of the strict rules over there ,I mean I new they was strict over there without even going there or doing any research.
They haven’t even got the excuse that they are young and stupid,both are mature experienced riders that know full well you go to racetrack if you want to ride like that,I know that baron has a lot of track experience to.
I dare them post a video of them riding uk roads like that,they will get the same outcome maybe even worse.
They even had riders coming the other way warning them.

Skip to 7:40 to see them get pulled. Spoiler wise it was about £3K fine for doing almost double the speed limit (144 in an 80). This isn’t really London Bikers news though. 5 years ago 2 members got banned in France for something similar. If you do that in Johnny Foreign land (or even here on unfamiliar roads) that’s the risk you run.

Skip to 7:40 to see them get pulled. Spoiler wise it was about £3K fine for doing almost double the speed limit (144 in an 80). This isn’t really London Bikers news though. 5 years ago 2 members got banned in France for something similar. If you do that in Johnny Forengn land (or even here on unfamiliar roads) that’s the risk you run.

Yep, one of them was very lucky not to get his bike crushed.

And in the video he says “I thought it was unrestricted”, bollocks, we all know that the only place in Europe that has unrestricted roads is certain Autobahns in Germany.

The Barons earlier vlogs where entertaining, but this is just lame, blaming the Swiss police for enforcing their laws. Isn’t that someone that is repeated on this forum complaining about the police and judiciary not enforcing the laws?

I think if you were to sit down with him and have a serious conversation about this he’d probably agree with you. But he was filming it live and his reactions were live. How do you think you’d come across in a similar situation? I bet most of us would cringe at our own reactions.

They are filming themselves for revenue and notoriety. How entertaining it is is debatable but it’s not their primary objective. There will most likely be a follow up video of them riding the same route on 125s (Like grannies) for further entertainment value so that they can generate more revenue.

If they make money out of doing things they like then good luck to them.
Worth remembering the Baron is a old school Londonbiker member, under a different name back then though

He was only 2 KMh off prison. it is only because they allow for 6 kmh if not it would have been £4k and an arse transplant.

About the bit I thought it was unrestricted human nature to try and find a way out of getting into trouble. I thought in general though he took it surprisingly well.

I would have been steaming if it was me.

What was his name on here fella?

Pretty sure it was Zepony

Anyway good luck to them. He’s living the dream isn’t he? Started vlogging (most people that do this come across as right nobs so think he does well to be funny and interesting), did some funny bloody videos (gsxr down a green lane) and then rose to youtube stardom and now gets paid to do what he loves the most. Think he had a baby and went through a divorce during all that too so he’s done well to get things into the shape he has.

Respect is due I feel…

That fine is mental. Rob always used to ease off in Switzerland, now I see why.