200K car - mechanical fault 20mins after being bought, crashed in to and written off. Nice easy insurance claim

Should have bought a Toyota

Lamborghini wrecked after 20 minutes on roads

Police said the sports car was hit after stopping on the M1 because of "mechanical failure".

The US JD Power survey is out and for the first time it does include Tesla: 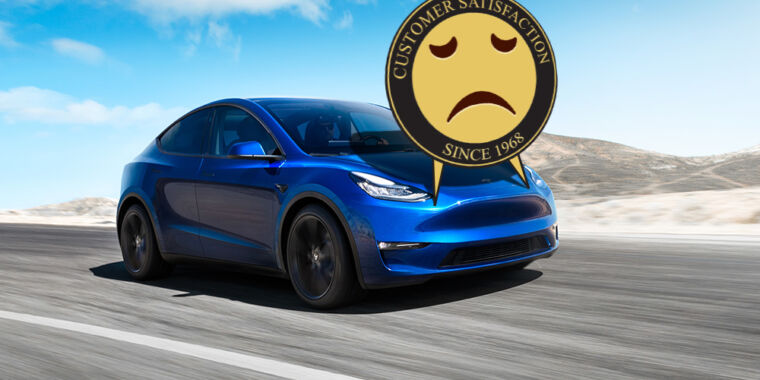 Tesla included in J.D. Power survey for the first time, and it’s bad

Tesla had 250 problems per 100 cars according to the 2020 Initial Quality survey.

You might think so, but if he hasn’t bought Gap Insurance he could be facing a hit (no pun intended).

Sorry I was being sarcastic

No doubt they will ask an engineer to inspect and check what the fault was. When they find that would cost 100k to repair they will use that to determine pre accident value.

This reminds me of that guy years ago who bought a Ferrari got something like 100 metres down the road hit a pot hole and it ripped the wheel off.

Tesla have 250 problems per 100 cars? If that was Toyota people would be shot or fall on their swords.

It’s not an entirely fair comparison and not indicative of the customer experience. Those numbers taken on face value sound bad but actually don’t have much negative consequence for the brand.

Yeah I’m not sure I’m convinced by Dodge being the most reliable either. I suspect it’s down to what you expect from a car you buy. If you’ve spent a big wad of cash on a brand new Tesla then you’re likely to report every single little issue. If you’ve bought a cheap Dodge, chances are you won’t report smaller niggles because, well, you get what you pay for. That would massively screw the numbers. That being said there have been major issues with the fit and finish of Tesla cars for a few years now, but from that to being the least reliable? I’m not convinced.

yup, my boss has had a Telsa for a few years, to my knowledge he has never had any issues. and as @Jay says, when it needs work doing, they just turn up at his house at not extra cost.

Try getting that kind of service out of someone like Dodge.

I remember years ago when a brand new motorbike after 2wks the gearbox locked up! the company wanted to charge me £125 to collect it, was only when I got a solicitor involved they very quickly back tracked!!