They will include Kung-Fu training :w00t:

IMHO that is a really good jumping side kick! Perfect distance and height!! Alonso should have shown the ref his chest!! 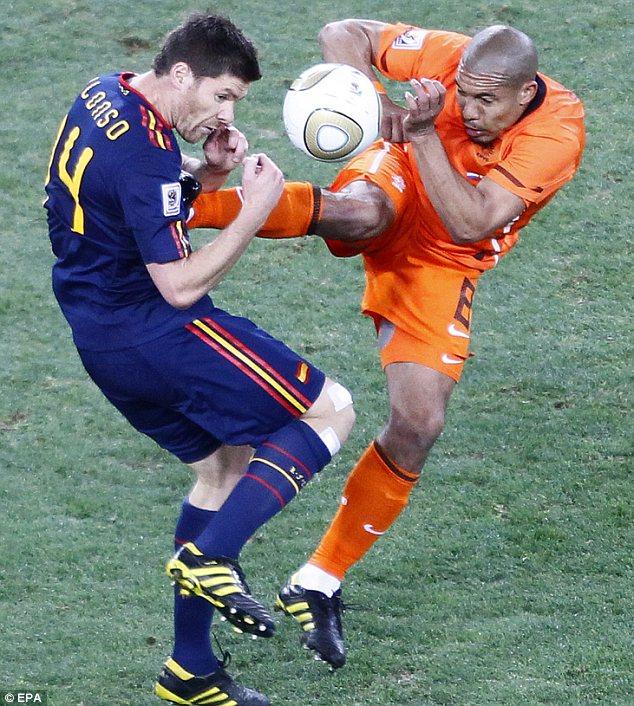 I don’t think I will ever fully comprehend why he wasn’t sent off for that, I lost interest in the match at half time as the Dutch were being too dirty and the ref seemed to be letting them get away with murder.And they had the gall to complain to him at the end!!! The result was well deserved.

Was there some sort of match on this weekend??

I watched the overgrown schoolboys on Top Gear but then forced myself to watch the extra time.

Was the refereeing that bad? It seems almost everyone, except perhaps the Spanish who don’t care any more, is being critical.

It was amazing in that the ref was being a “sportsman” not wanting to tarnish the final by sending anyone off. And stuff like this was happening. But Spain won so who cares !?

And the Dutch return to Totally “Nuts!” Football.

Anyway I thought it was an amazing photo! So sharing with those who couldn’t be ar$ed to watch the game.