Some tell a joke.

Discover & share this Fail GIF with everyone you know. GIPHY is how you search, share, discover, and create GIFs.

Discover & share this Dog GIF with everyone you know. GIPHY is how you search, share, discover, and create GIFs. 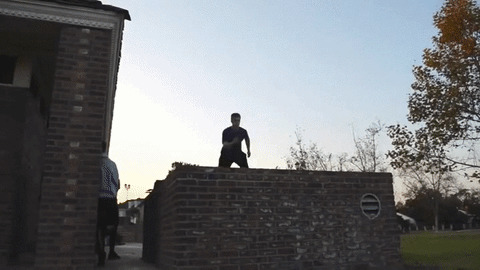 Discover & share this Fail GIF with everyone you know. GIPHY is how you search, share, discover, and create GIFs. 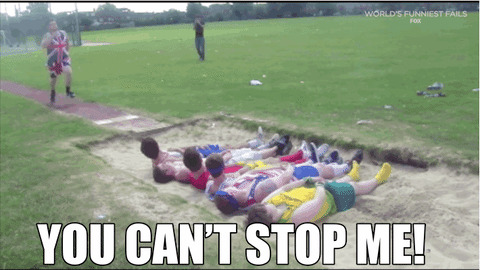 Discover & share this Fox TV GIF with everyone you know. GIPHY is how you search, share, discover, and create GIFs.

Ha ha. Thanks for that.

Ah, this reminds me, I could watch this all day:

Sorry… got lost reading bash.org there for a bit…

My ex-wife pulled my kids out of school because she wants to home-school them.
And this is bad?
Damn straight. That fucking idiot couldn’t teach someone how to pour water out of a bucket with instructions printed on the bottom.

You can look up Parkour accidents also if you want to see people falling off buildings.

How can you be bored? Youve just seen my ugly mush which is just as good as a joke lol

you even got tea! The only person of today lol

This was before that! You where just trying to sell me stuff!

been thinking about the aria on the hobble home. Even got to second base (with a manikin).

Thanks for the tea!

been thinking about the aria on the hobble home

It was at this moment Jackson knew… He f**ked up…

Glad you are not injured too bad Nick.

Seems like a lot of LBs are suffering lately, in lots of different ways.

What was Whitney Houston’s favourite type of coordination?

A woman goes to the Doctor, worried about her husband 's temper.
The Doctor asks: "What’s the problem?
The woman says: “Doctor, I don’t know what to do. Every day my husband seems to lose his temper for no reason. It scares me.”
The Doctor says: "I have a cure for that. When it seems that your husband is getting angry, just take a glass of water and start swishing it in your mouth. Just swish and swish but don’t swallow it until he either leaves the room or calms down.”
Two weeks later the woman comes back to the doctor looking fresh and reborn.
The woman says: “Doctor that was a brilliant idea! Every time my husband started losing it, I swished with water. I swished and swished, and he calmed right down! How does a glass of water do that?”
The Doctor says: “The water itself does nothing. It’s keeping your mouth shut that does the trick”.