Some of you may have experienced a similar thing

But earlier today I went :for my annual cardio MOT to make sure that my medication was still as it should be.

Walk in and get told Heart is still working (Really? thinks me, I would never have guessed

) Liver is good, Kidneys are OK, blood pressure is excelllent, pulse is fine and you have lost a few pounds since last year, well done.

But by the way, you now have type 2 diabetes… Oh great thinks I.

On the plus side, my diet changed substantially after my heart problems started 4.5 years ago, so just some minor tweaks needed, more to do with quantity and a reduction of carbohydrates as much as anything.

Well the surgeons seems to be adding things to me. 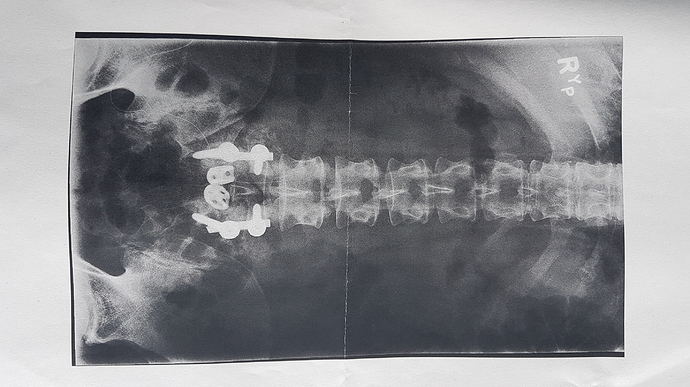 Getting old is terrible.

But a lot better than the alternative.

Pros: Insurance is cheaper.
Cons: Everything else.

So not all bad

That’s where I am TC, type 2 diabetes with a history of heart and cholesterol problems. I’ve now virtually cut out bread, potatoes and beer

to get my blood sugars down below 7. I struggled so much with diet my GP gifted me my own blood glucose monitoring system, kit normally reserved for Type 1 boys and girls. Weight loss through exercise and diet is the way forward, more through the exercise than diet.

What no mention of bus passes, I’m still waiting for mine now due in 2021.

@National_Treasure. I don’t have a problem with the beer and alcohol as I have been teetotal through choice for over 30 years. I quit smoking through choice nearly 5 years ago, but like you the bread and potatoes is an issue.

We switched to wholemeal bread a few months ago (before I was diagnosed) again through choice and I actually enjoy it, but we are going to try wholegrain which I have had before but never really gave it much thought.

I also like my pasta (even plain) but apparently that is as bad as potatoes (which I also enjoy) but the point was made yesterday along with the booklet I got, it is not about stopping, but portion size and moderation.

When I first had my heart problem, what I found most difficult to give up was my salted peanuts and cashew nuts. I could still eat them in moderation, but my trouble is that I can’t just eat a few, it is a whole packet or 4

I have got used to it now.

On the second point, I have to be 65 to get the pass pass in my area, not that I can recall the last time I used a bus other than as part of my travel card when I go into central London. I certainly would not use them in my home area.

Missing the nuts and pasta on occasion too. What I’ve found is that once something has been off the menu for a while I no longer miss it apart from the odd occasional fancy. I miss Maltesers the most .

Cigarettes, I remember them too. Its been over 10 years now and there are still times when I fancy a draw. It doesn’t help with all the passive smoking I do with her indoors still indulging.

Bus passes issued at 66 around here.

one positive note is so many people are doing the keto diet these days that there is so many resources for lowering carbs. Loads of recipes and food alternatives. I believe Sainsbury’s even offer low carb bread.

I’ve tried it myself and its pretty decent

I advocate going cold turkey and cutting out 100% rather than cutting down on something. After the initial pain you adjust and get used to it. Cutting down means you’ll still be battling.

I have experienced a similare thing in that I was diagnosed with type 2 diabetes when they were testing to diagnose my arthritis.

But I had no symptoms and was not old, obese, nor scored highly on any risk factor so it was a surprise. It means I control it with medication that forces me to produce more insulin, so my diet actually got worse as it meant I had to eat to avoid hypos.

I tpp need a glucometer to check my blood, twice a day and when I suspect a hypo. Luckily though the DVLA only care if I have a severe hypo (one that requires assistance from someone else to treat), then I have to tell them so they can take away my licence for three months.

In the course of diagnosing the arthritis they also discovered a minor liver condition, and inflammation in the lungs that needed treating. So the diabetes was actually a help as being drug controlled it meant I qualified for free prescriptions, which I have taken full advantage of.

@Michael I am glad you got sorted, but you mentioned something that I found ironic when I was diagnosed with my heart problem.

Because at the time I was under 60, I had to pay for the prescriptions and medication that keep my alive.

But had I been diagnosed with diabetes (and there was one other which I cannot remember but it was not a life threatning condition) then I would have got my medication free.

Now, I do not begrudge anyone getting their medications free, but it just did not make sence why someone who is reliant on the medication to stay alive has to pay for the privelidge.

Now I have got to 60, I get my meds free now, but I have heard many others considerably younger then me who have to pay for lifesaving drugs whether they are made to pay on the basis that if they cannot afford it (and I know you are exempt if on benefits) that if they do drop dead then they cease to become a burden on society and the tax payer…

Reaching 60 means I save about £1500 a year, and that is still with the saving I had doing it through the NHS pre-payment card scheme.

I assume the reason that diabetes (when medically treated) qualifies for a prescription exemption is that the complications from it being untreated would end up costing the N.H.S. a lot more.

The further away something is from us the more abstract it seems. It is all too easy to dismiss the risk of going blind many years in the future as something we do not need to worry about until then.

If I do not take my diabetes meds I will not feel any consequences, it is not really meant to change my life now but prevent it from changing in the future.

While people will not skip medications they need to stay alive, I would guess there are those who may choose to not spend money on medications they will get no immediate benfit from. I thnk it is around a third of all prescriptions issued which are not collected. And some of those who do either skip or reduce doses to save money.

Of course, paying for prescriptions is only an English political issue anyway. They are free for everyone in Wales, Scotland, and Northern Ireland.

Even Labour would not abolish them, but they started a review into extending the long-term conditions which qualify for free prescriptions. But that was immediately dropped by the Coalition and has been dismissed by subsequent Tory governments.

I gues it is just not a big enough issue to most voters for politicians to have to care about. Given a choice, I expect many people would instead vote for a tax cut to take away the existing free prescriptions.