I guess some of you are aware, I had to learn my lesson hard way.
The exempt vehicles from the Congestion fine charge, have to be registered from now. As the DVLA details of the vehicle are not enough, or maybe TfL need to gain some income?

Storyline: So last week Monday/Tuesday due to not the best weather and snowy “side” roads I have to use my car to get to work. I was doing it every now and then (for example when bike have service or smth). On Friday in the post ticket with fine for not paying congestion charge. And another one will arrive probably today. Car is hybrid Toyota Prius.

So now even when you have a hybrid and even when this car have full details in DVLA and the TfL have access to these details you need to register and they may or may not allow you to drive in. So what is the point of “greener cars”?

I wonder how many people, just like me drove into the City without checking are they still allowed to do so or not. Lucky for me I decided to back on bike for rest of the week…

So it is a shame that company trying to gain income using not transparent, clear and well advertised rules.

ps. now I’m waiting until some knobhead decide to charge motorbikes and the only way to find it out will be getting fine after a week of riding in (so roughly £300)

If your Prius is older than the 2009 model it may not be exempt now anyway. However, if your car would have been exempt had you been registered, you might find they would accept an appeal (I didn’t know I had to register, sorry, I know now and have registered).

And yes I registered now, but until registration is finished I can’t use it without paying. So no more snow pretty please

Cool - hopefully they will be sensible. Good luck with the appeal.

And yes I registered now, but until registration is finished I can’t use it without paying. So no more snow pretty please

Yeah, good luck and let us know what happens.

this has always been the case, at work they have an electric car but yes still got to let tfl know etc.

pain in the arse but cnt see how its their fault.

this has always been the case, at work they have an electric car but yes still got to let tfl know etc.

pain in the arse but cnt see how its their fault.

Maybe because last more than year I’ll never got ticket. And maybe because the requirement now is added to the webpage (why added, different font and font size, quite obvious). I have checked this when I bought this car some time back, and then last year for friend. And the journey is always the same, so the same cameras, areas, roads, did not pick me up for all this time.

The only mistake which I’ve made is not to check this year is there are any changes.

You should be fined extra for having a Prius

You should be fined extra for having a Prius

I am! I have to smile when I’m driving it

Well watch out there is a proposal to remove the exemption from all hybrids and diesel even if you are under 100g/km.

Not surprising, when the exemption was made there were very few eligible cars, but that’s very different these days.

To be honest as it’s supposed to be a congestion charge I don’t see why they should be exempt anyway, how does a Prius cause any less congestion than a Fiesta?

Did they say it does? No, they are trying to tempt people into buying “greener cars”.

Well watch out there is a proposal to remove the exemption from all hybrids and diesel even if you are under 100g/km.

Diesels are exempt?!?! Damn! Not that I ever drive into town during the week.

Really, I don’t mind to remove it, just make it clear. Not one day is ok other day is almost ok. Or it is ok when you turn around twice and sing the song of the people.

Clear and transparent that how it should be.

I had fiesta, and other alfa and was paying CC without question, as it is few times over the year it would’t hurt me much.

And @Pat, the point is correct, vehicles are vehicles, all making a congestion.

Sooner or later they’ll figure out that if they turn the cameras the other way 'round, they’ll be able to charge 'bikes too…

As discussed here many times before, it is a lot more complicated than that.

I know fancy getting caught out by a congestion charge??? I mean really!! Oh was it you… K 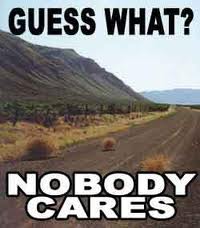 Wow.these pictures are really getting annoying now. Seriously?! If you have nothing better to add then go ply your spamming elsewhere. You’re not needed here…

Well thats just your opinion in a whole world of opinions…I’m going to start a thread on the troubles of the world today, so we can all dribble over whats wrong with the world…Then go for a ride out sticking to the speed limits everywhere I go… Maybe I will buy a PAN EUROPEAN and a white helmet with high viz stripes and Paniers. 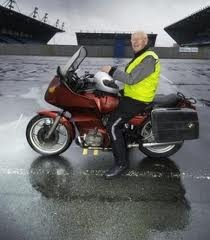