Now, I’m not in the market for another sports bike, especially and S1000RR (have already owned own), but DAYMN that is one sexy-ass colour scheme: 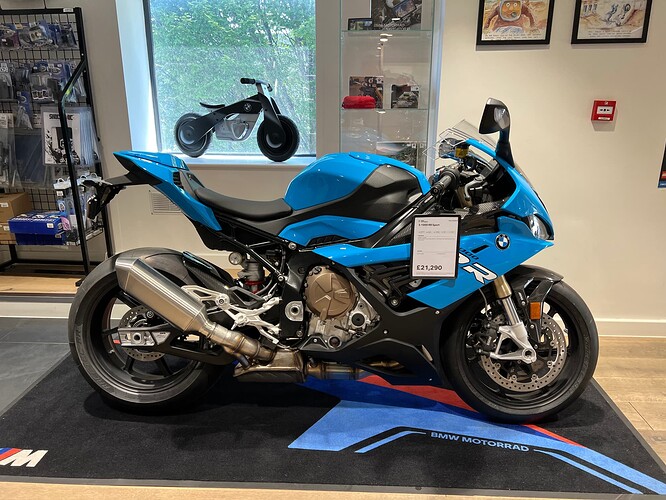 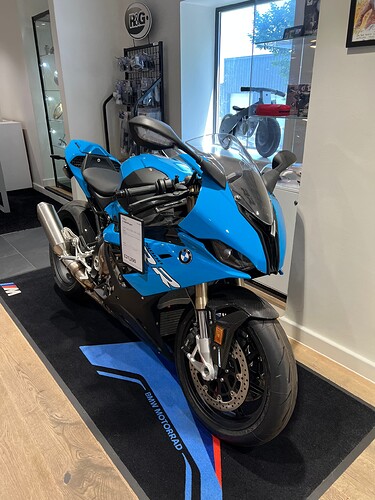 Spotted at Vines of Guildford.
Though…: what the heck is up with that price tag? It looks like a standard S1000RR?

It is. This is not that bike.

That may be with all the extras. The ‘basic’ M spec should be less.

No-one ever buys a base spec BMW!

On the recent sports bike test, MCN said the M bike is pointless unless you’re always at the track and the S is a far better road bike.

Another one !!, are you fedup of the ducati already.

Right so lets talk about your commitment issues

So in answer to @Jay original question re price tag do we think this is the S 1000 RR with M Package?

S1000RR - which comes with pillion seat, doesn’t have cruise control and a few other bits like sat nav and heated grips I believe.
S1000RR Sport - no pillion seat, and fully loaded with all the bells and whistles
S1000RR M package introduces a few carbon fibre parts and different wheel, so it is a little lighter

All above models are identical in terms of engine performance great for the road and better on track, but difference in price because of the extras. The M 1000RR was introduced in 2021 and that is meant to be more of everything and track focused, but the most visual difference compared to the M Package are the wings.

Spotted at Vines of Guildford

I just noticed the fire alarm call point before I read your post. For a moment I thought someone had parked it in the living room and I was thinking: respect.

nah Jay… THIS is a sexy blue bike 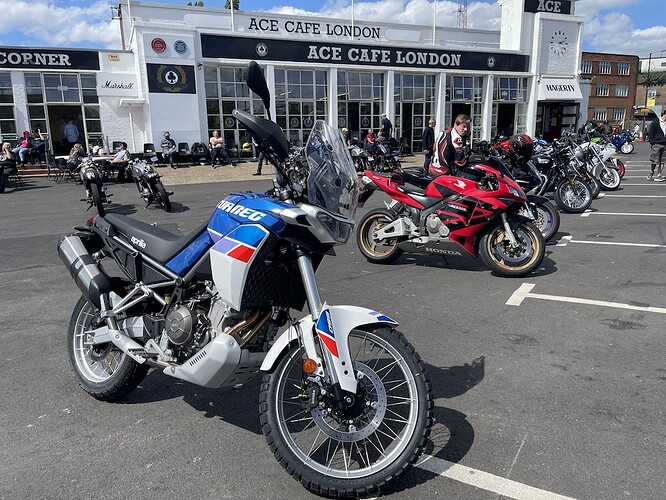 The M1000RR is for race teams. It has an engine made for tuning. It’s not meant to be left stock, so basically anyone who buys it for road + trackdays is being silly.

Why is the tuareg’s headlight like 20% of the size it should be to suit the size of the rest of the bike?

I know right… it’s a love it or hate it front end - I love it. I followed one from the Ace down to Westminster Abbey being ridden by the MCN reporter and fell in love with it from the rear-end!

fell in love with it from the rear-end!

Not something I’d admit to in a hurry.